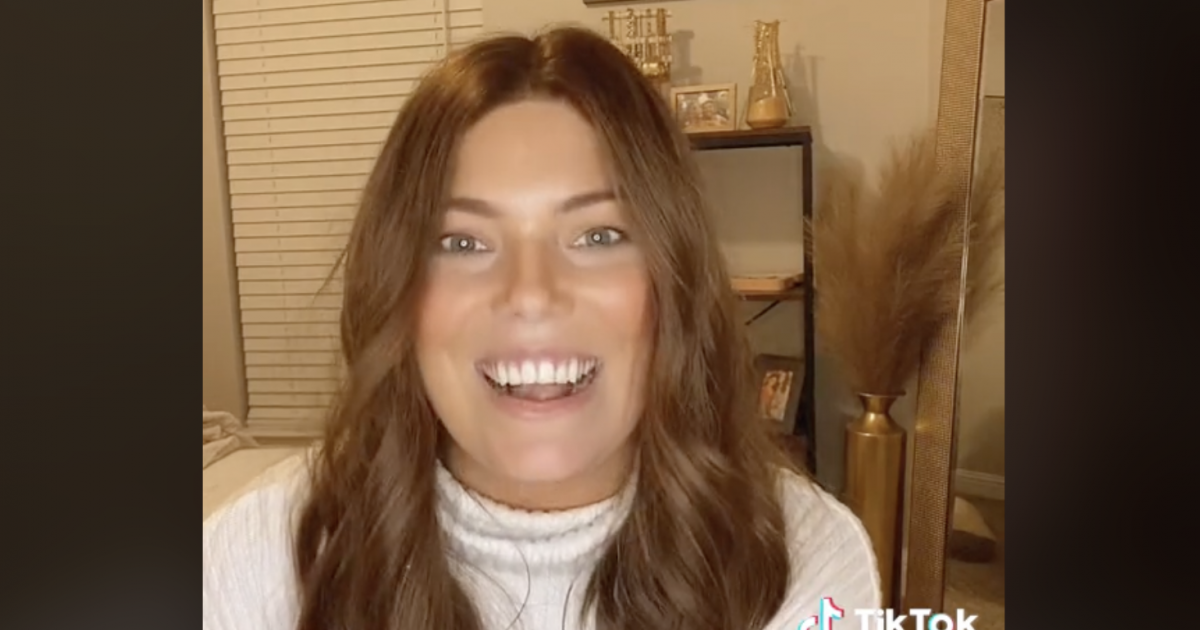 Know the Signs of Lymphoma

Most 24 year olds don’t have cancer on their mind when changes to their health arrive. But lymphoma survivor Jamie Roberts knew something was seriously wrong during her many months of misdiagnoses.

Roberts is a stage three lymphoma survivor. And she’s been very open about sharing the details of her cancer journey with her TikTok community.

Read More
In a video from May, she explained exactly how doctors arrived at her diagnosis after about six months of searching for answers.

@jamiiieeeroberts This is the easiest way I can explain the events leading up to getting to St. Jude!Hopefully it helps someone who may have similar symptoms! #ShowYourJOWO #FORDfortheBuilders #cancersucks ♬ original sound – jamiiieee

“I was itching my whole entire body for a year, and I didn’t get flare ups, I changed my shampoos, my sheets, my detergent, I was like I’m allergic to something,” she explained of her symptoms leading up to her diagnosis. “I got an amazing golden retriever puppy, thought I developed an allergy to her.”

In December 2021, Roberts saw her a dermatologist who gave her steroid creams and a steroid shot and told her to take Claritin twice a day. In addition, she also had blood work done which seemed to be “out of whack.”

This then led to a visit with a rheumatologist who thought she had anemia and some type of autoimmune disorder. Similarly, a separate appointment with another specialist also led to the diagnosis of anemia. Roberts was given iron infusions, but she was later sent to more specialists after telling her dermatologist that her symptoms only persisted.

“Every specialist just took my blood, told me I was autoimmune, that was it,” she said. “I never got tested for anything else.”

Things took a turn for the worse after she had a breast procedure done for an unrelated reason.

“For my boob job, I had to do bloodwork before,” she said. “It came back irregular. They sent it to my hematologist just to clear the boob job, and it got cleared so I got to do it.

“Two weeks after the boob job… I got really sick at work. My hands were shaking, my vision was blurring – that’s when the breathing started, the coughing started. My sister was like, ‘You need to go to the ER.'”

Roberts reluctantly took her sister’s advice, and doctors in the emergency room quickly went to work. After blood work, a chest X Ray and samples taken, they determined that she needed a CT scan to check for blood clotting since she had recently had surgery.

@jamiiieeeroberts I really hope this helps update people & if someone is going through something similar! I’ll do a room tour soon! #ShowYourJOWO #FORDfortheBuilders #cancersucks ♬ original sound – jamiiieee

“My boob job saved my life,” she said in another video. “So, the doctor comes back and me and my mom are in there. He goes, ‘We didn’t find any blood clots, but you have a large mass in your lung.'”

Roberts was understandably shocked. After getting in to see a different doctor at St. Jude Children’s Research Hospital, Roberts received different, yet still concerning, answers.

“The oncologist looked at everything, he goes, ‘Your right lung is collapsed, your spleen is swollen, the mass is not in your lung, it’s in the middle of your chest, all the lymph nodes in your chest are swollen.'” she explained. “He’s like, “‘I’m telling you this is lymphoma… We had a second oncologist look at my stuff – same thing.”

Within days, Roberts was officially diagnosed with stage three lymphoma. From there, she had testing done on her lymph nodes to make a more accurate treatment plan and eventually began chemotherapy followed by radiation.

Fast forward to today, and Roberts is, thankfully, in remission. She seems to be doing much better today, but she’s told her followers that she’s still recovering emotionally.

“Now that I’m done with treatment and I’ve finished, I think now I’m finally processing everything that I’ve gone through, and it’s all finally hitting me and it’s not easy,” she said. “I’m starting to come to terms with I will never be the girl that I was before I was diagnosed – it’s very bittersweet.

“I’m having to learn how to embrace and accept this new person I am and this new woman I am and stop trying to reach into the past and find that old girl ’cause she’s gone… but we’re making it.”

People with lymphoma do not always have symptoms, but possible signs are:

Some lymphomas, called indolent lymphomas, might not even need to be treated right away because they’re slow-growing. In this case, careful monitoring – including imaging scans such as PET/CT – is used to track the progress of the cancer and gauge whether it needs treatment yet.

And, as we saw in the case of Jamie, it’s always crucial to speak up about any changes to your health – regardless of whether you suspect there’s anything sinister behind them.

Hodgkin lymphoma differs from non-Hodgkin lymphoma because it has distinctive, giant cells called Reed-Sternberg cells. Non-Hodgkin lymphoma is much more common than Hodgkin lymphoma, but often more difficult to treat. Early symptoms of lymphoma can be tricky to notice as they may include swollen lymph nodes, fatigue or unexplained weight loss. Sometimes lymphomas that are slow-growing don’t need to be treated right away. But they require monitoring to see when they have turned aggressive. The American Society of Clinical Oncology says Hodgkin lymphoma survivors, in particular, should pay attention to signs of depression. About 15 percent of people develop a major depressive disorder after a cancer diagnosis.
NOW
PLAYING
'The Old Man' Star Jeff Bridges, 73, Was Fighting For His Life Through Cancer And Covid Says Co-Star, Being With Him Changed My Life
NOW
PLAYING
Woman, 28, Was Told Her Lump Was From a Cold – But it Was Lymphoma
NOW
PLAYING
'Miracle Baby Girl' For 29-Year-Old Who Thought Motherhood Would Not Be Possible After Late Stage Cancer Fight
NOW
PLAYING
Woman's Acid Reflux Misdiagnosed As Lymphoma - 'When You Feel That Something Is 'Off' In Your Body, Trust Yourself'
NOW
PLAYING
Doctors Said 20-Year-Old's Itchy Skin Was Scabies. Turned Out To Be Lymphoma. Follow Your Instincts.
NOW
PLAYING
35-Year-Old Dismissed Dry Skin & Brittle Hair As Stress Until Her Husband Urged Her To Get Checked: It Was Thyroid Cancer