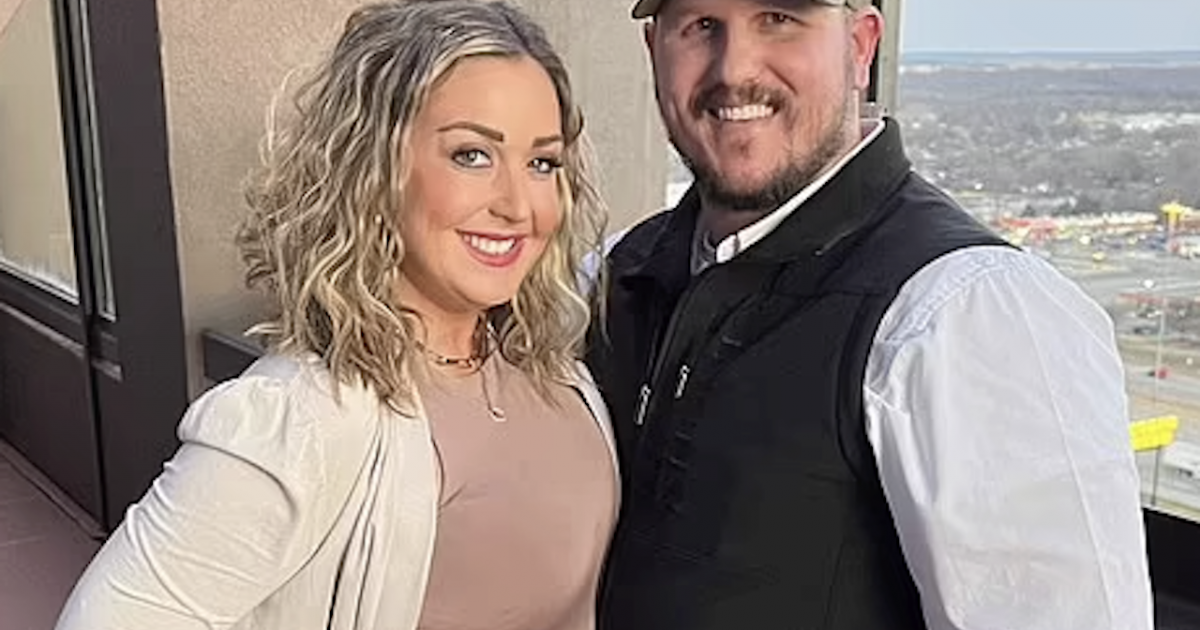 Christina McKnight, a mom from Oklahoma City was diagnosed with thyroid cancer at the young age of 27 after the symptoms kept mounting and her husband insisted she see a doctor.

McKnight was a fit and healthy woman, so the exhaustion and fatigue she was experiencing did not make sense. She also experienced brain fog, lack of motivation, unexplained weight gain, and even brittle hair.

Read More
Related: Related: 7 Common Signs of Thyroid Cancer & How to Spot Them Speaking with The Independent, McKnight says of her cancer diagnosis, “It was one of those things that I never thought would happen to me. I was young, fit and healthy and had no known hereditary thyroid disease in the family at all.” McKnight’s symptoms are also common symptoms of perimenopause; perimenopause means “around menopause,” and refers to the period when your body makes the transition to menopause. But at just 27, McKnight was too young for it to be perimenopause.

She says her symptoms affected everything. “I couldn’t get stuff done like I used to. I would have to go to work on a Sunday to catch up because my brain was so foggy. My husband literally had to MAKE me go to the doctor because I kept thinking it was just my promotion at work. He could see I was struggling way more than what was normal with all of the symptoms,” she said.

McKnight developed a lump on her neck, and the doctor noticed it when she went in for a check up. The doctor initiated an ultrasound for her and a biopsy; it was then confirmed she had thyroid cancer. In November 2014, she had a thyroidectomy to remove her thyroid. And in January 2015, McKnight had radioactive iodine ablation treatment to remove cancerous cells from her body. One year later, she got the “all clear” from her doctors.

“We’re now able to detect thyroid disease, thyroid cancers, much earlier than we used to be able to,” he says. “We tend to see it predominantly in younger women, but it can occur in both men and women.  In most cases, I tell my patients that, ‘Your thyroid cancer is a barnacle on the ship of life.’”

Still, he suggests finding an experienced thyroid expert for treatment.

“Folks who have thyroid cancer, they need to go to a really experienced thyroid setting and have folks who really understand the disease.  Those are for the most indolent type of thyroid cancers, called papillary,” he says. “Thyroid cancer is a pretty interesting disease, because papillary is a really indolent cancer.  On the other end of the spectrum, you have what’s called anaplastic thyroid cancer, which may be one of (if not the) most aggressive cancers that we see. So it’s a whole spectrum of disease.”

Treatments for thyroid cancer can include surgery, hormone therapy, radioactive iodine, radiation, and chemotherapy. Symptoms of thyroid cancer include the following:

Coping with a Cancer Diagnosis at a Young Age

For people like McKnight who are diagnosed with cancer at a relatively young age for an adult, a cancer diagnosis can feel life-shattering. Many people experience feelings of grief and anxiety after learning that they have cancer. Some might even experience clinical depression. It’s important to face any cancer-related mental health issues head-on, and seek help when you need it.

Dr. Scott Irwin, the director of Supportive Care Services at Cedars-Sinai, explains in an earlier interview how it’s important to treat depression as it can negatively impact cancer treatment. He says, “Depression is a really interesting topic, because a lot of people assume that, oh, they have cancer. They must be depressed. That’s actually not true. 85% of patients do not get what would be considered a clinical depression. 15% do.”

Dr. Iriwn says, “For prescribing medications for depression in the context of cancer, I often try to choose medications with the lowest side effect profile. If patients are getting hormonal therapy, there’s particular antidepressants that we can’t use, because they may lower the effectiveness of that hormonal therapy,” he explains. “And so we choose antidepressants that don’t impact the cancer care. Depression and stress make it harder to treat cancer, make it harder to tolerate the treatments.”

“Actually,” says Dr. Iriwn, “there’s data that if you have extra stress or depression that you may not recover or you have a higher risk of recurrence so that in treating the depression, we’re actually impacting the cancer care outcomes.”

NOW
PLAYING
24-Year-Old Woman Ignored Stomach Pains & Bloating, Turned Out To Have Ovarian Cancer-- Urges Others 'To Get It Checked Out'
NOW
PLAYING
Mom & Nurse, 32, Thought Lump in Breast Was Clogged Milk Duct, But it Was Stage 2 Cancer
NOW
PLAYING
Social Media Golf Sensation Paige Spiranac, 29, Says She Had A Breast Cancer Scare-- Urges Women To Get Checked
NOW
PLAYING
'Miracle Baby Girl' For 29-Year-Old Who Thought Motherhood Would Not Be Possible After Late Stage Cancer Fight
NOW
PLAYING
'World's Sharpest Elbowed' Comedian Vows To Do 'Fabulous' Last Tour As Ovarian Cancer Comes Back
NOW
PLAYING
35-Year-Old Dismissed Dry Skin & Brittle Hair As Stress Until Her Husband Urged Her To Get Checked: It Was Thyroid Cancer