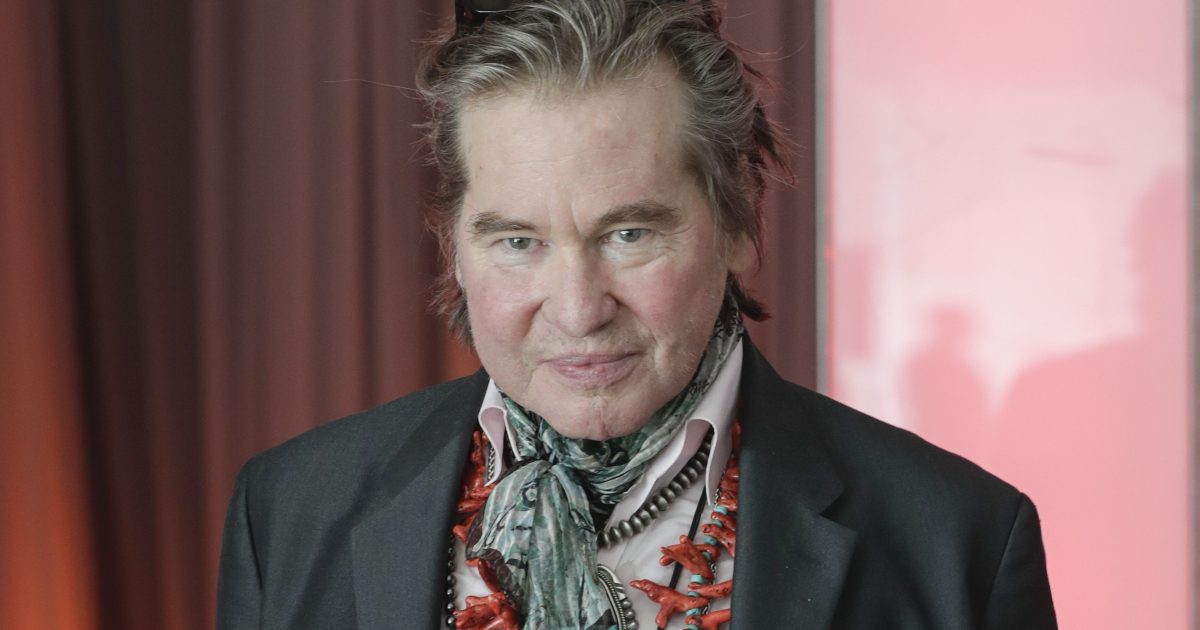 Val Kilmer, 62, fought to reprise his role as Lieutenant Tom ‘Iceman’ Kazansky in Top Gun: Maverick. And now the throat cancer survivor can celebrate the film’s nomination for a Golden Globe award in the Best Motion Picture – Drama category.

As soon as he heard about the creation of the highly anticipated sequel to the 1986 classic Top Gun, Kilmer knew he wanted in. His memoir, I’m Your Huckleberry, details his initial reaction to hearing that actor Tom Cruise, 60, would be working on the reboot.

Read More
“He was calling it Top Gun: Maverick. Well, Tom was Maverick, but Maverick’s nemesis was Iceman. The two went together like salt and pepper,” Kilmer wrote in his memoir. “It didn’t matter that the producers didn’t contact me. As the Temptations sang in the heyday of Motown soul, ‘ain’t too proud to beg.’” RELATED: My Heart Is Soaring Like A Hawk Says Actor Val Kilmer, 62, With Gratitude To Fans After So Much Struggle With Throat Cancer After reaching out to producers, Kilmer got his beloved part back.

“Forget the fact that thirty years had passed since I’d seen the ghost of Iceman’s dad. I remembered it like it was yesterday,” he wrote. “The producers went for it. Cruise went for it. Cruise couldn’t have been cooler. And the next thing I knew I was back, as the Beatles said, where I ‘once belonged.’

That doesn’t mean there weren’t challenges to overcome, however. Since Kilmer has used a voice box to speak ever since his throat cancer battle, he had almost no verbal dialogue in the film. His character was ill in the movie, so he often typed his responses out on a computer screen when speaking to Cruise’s character. But despite sharing few words, Kilmer does an excellent job conveying the deep emotional bond shared by the old foes turned friends.

Kilmer was diagnosed with throat cancer in 2015 but didn’t speak publicly about the disease until 2017.

He wasn’t considering conventional treatment at first, thinking his Christian Science faith would heal the tumors, but he eventually agreed to undergo chemotherapy for the sake of his children – Mercedes, 31, and Jack, 27, whom he had with his ex-wife, English actress Joanne Whalley, 61.

Kilmer also underwent a tracheotomy – a surgical procedure that connects the windpipe to a hole in the front of the neck – which greatly impacted his speaking voice.

RELATED: A Woman’s Throat Cancer Mistaken For Tonsillitis For A Year– How To Push Your Doctor For Answers That Matter

And though he originally kept his cancer battle out of the public eye, Kilmer eventually shared more about his journey through interviews, his memoir, I’m Your Huckleberry, and his documentary, Val, which is currently streaming on Amazon Prime.

Dr. Jessica Geiger, a medical oncologist at Cleveland Clinic Cancer Center, explains the link between throat cancer and HPV in a previous interview with SurvivorNet.

Get the Facts: What Do We Know About HPV-Linked Throat Cancer?

Throat Cancer Is Increasing in the United States, New Research Suggests; Did You Know A Virus That Causes It Can Be Prevented With a Vaccine? A Woman Who Started Smoking at Age 11 Went on to Fight Three Throat Cancer Battles; Understanding Smoking and its Affect on Cancer Risk 7 Signs of Throat Cancer That Aren’t As Obvious as You’d Think; Knowing What to Look for Is Key
NOW
PLAYING
Triumph For Val Kilmer, Still Fighting Throat Cancer Side Effects, As ‘Top Gun: Maverick’ Receives Six Oscar Nominations
NOW
PLAYING
Val Kilmer Celebrates The Continued Success Of 'Top Gun: Maverick'
NOW
PLAYING
‘Below Deck’ Star Captain Sandy Yawn, 57, Finally Feels 'Home' With Girlfriend Leah After Fighting Cancer And Addiction
NOW
PLAYING
You Can Now Buy Top Gun Star's Val Kilmer's Personally Crafted Scrapbooks For Sale, His 'Most Private And Intimate Work To Date'
NOW
PLAYING
Miraculous Moment As Woman With No Voice Box Sings Christmas Carol
NOW
PLAYING
Pulling For Val Kilmer, 62, As He is Forced To Pull Out Of 'Willow' Film Role Amid Health Issues After Cancer