Beloved Advice Columnist, 77, Is Grateful Her ‘Achy Breast’ Caused Her To Insist On A Mammogram: Make Sure You Know The Signs Of Breast Cancer 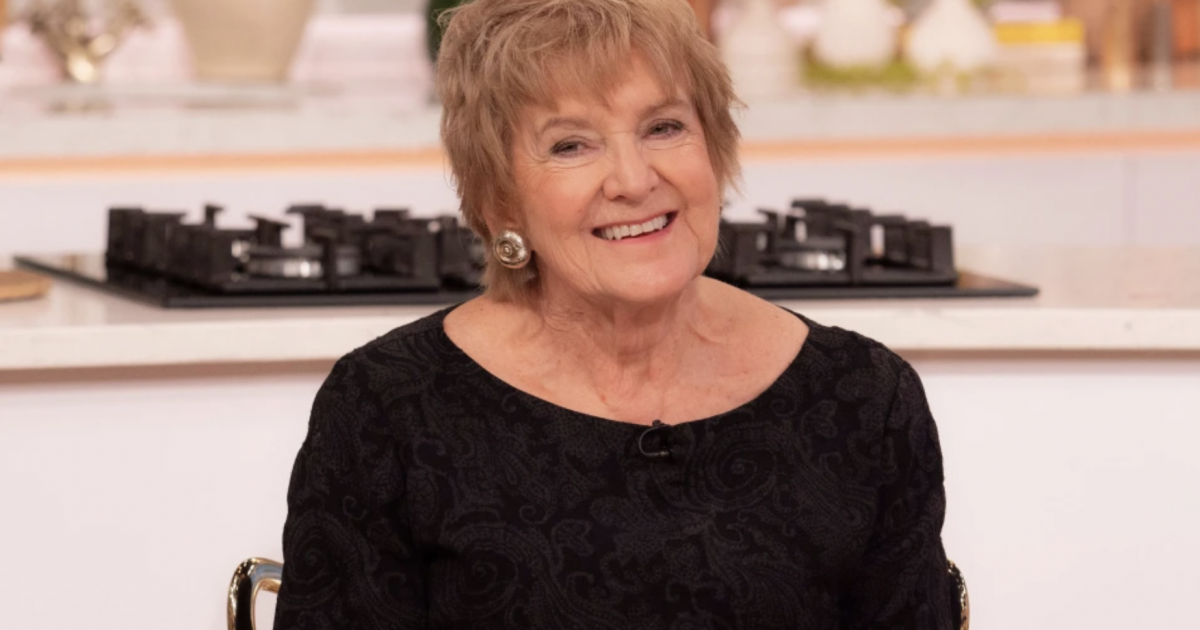 Breast cancer can present itself in many different ways. And for Deidre Sanders, 77, her first noticeable symptom was feeling achey.

Sanders was the beloved “agony aunt” (a British term for a female advice columnist) behind the long-running column “Dear Deidre” in The Sun newspaper before retiring at the end of 2020. She’s still one of the voices behind the similar phone-in section of the British daytime TV program This Morning. But instead of enjoying her semi-retirement, the popular advice-giver has been dealing with breast cancer.

Read More
But thankfully, Sanders said she “was feeling good” in a recent appearance on This Morning after having surgery to remove a lump in her breast. “I’ve had a bit of surgery and I discover on Monday if it has worked,” she said. “So I feel good, and I’m here to help you.” RELATED: Beloved Advice Columnist, 77, Missed Her Mammogram And Catches Her Cancer Just In Time: Now She’s Urging Women To Get Screened

She also took the time to remind her fans exactly what led to the mammogram that discovered her cancer.

“I was just achy. I’m really glad I was actually, because that made me check,” she said. “I phoned my GP, they were very efficient, they saw me that day, and checked me over. They said there may be something there.”

In another article for The Sun published at the end of September, Sanders gave more details about her diagnosis. When she had failed to receive an invitation for a mammogram when she turned 70, she figured there wasn’t much of a point to getting one when The National Health Service in England, where she lives, fixed their mistake a couple years later.

“My little cancer story starts with me feeling achy back in the summer,” she wrote in the article. “I tend to have tense shoulders but I realized the ache seemed to be spreading into my right breast.

“I must have let at least a month pass while I ­wondered, ‘Is it anything to worry about? Is it just muscular? I am 77, after all, is it just the aches and pains of getting older?’”

When she finally called and talked to an advanced nurse practitioner, Sanders was told to come in that same day.

RELATED: U.S. Lawmakers Ask CDC to Address Decline in Breast Cancer Screenings, a Critical Step When it Comes to Catching the Disease Early. Don’t Skip Them.

“She saw me in person that afternoon, thought she could feel a difference in the right breast and put me on the NHS [The National Health Service] two-week cancer pathway (the referral process where anyone suspected of having cancer is seen within two weeks for a hospital diagnosis),” she wrote. “I was booked in just ten days later when they put on an extra clinic the Saturday before we went away.”

Upon completing her mammogram and ultrasound scan, she was booked for a biopsy. That’s when doctor’s discovered her cells were malignant and she had breast cancer. For treatment, she has surgery to remove the carcinoma on Saturday.

“I was telling the This Morning team before last week’s problem phone-in that I have a teeny, tiny ­carcinoma, a cluster of malignant cells in a duct in my right breast,” she wrote. “This is labelled high-grade, which means it is the sort that would grow and spread aggressively — had it not been discovered so early.”

Sanders is grateful her cancer was spotted when it was, but she’s still kicking herself for not getting the recommended screening done when she turned 70.

“I happen to be among a cohort of several thousand women who, by error, did not get invited for a mammogram when they turned 70,” she explained. “We were offered it a couple of years later, but by then I reckoned I must be too old to need it any more as the NHS stops inviting you for a screening after that age. Hah!”

Breast cancer is a common cancer that has been the subject of much research. Many women develop this disease every year, but men can develop this cancer too – though it is more rare, in part, due to the simple fact that they have less breast tissue.

“These receptors, I like to imagine them like little hands on the outside of the cell, they can grab hold of what we call ligands, and these ligands are essentially the hormones that may be circulating in the bloodstream that can then be pulled into this cancer cell and used as a fertilizer, as growth support for the cells,” Dr. Elizabeth Comen, a medical oncologist at Memorial Sloan Kettering Cancer Center, previously told SurvivorNet.

Alcohol Can Increase the Risk of Developing Breast Cancer