‘Bloated’ Mom With Swollen Glands, 44, Was Told By Doctors She Was ‘Just Tired From Giving Birth:’ It Turned Out To Be Cancer 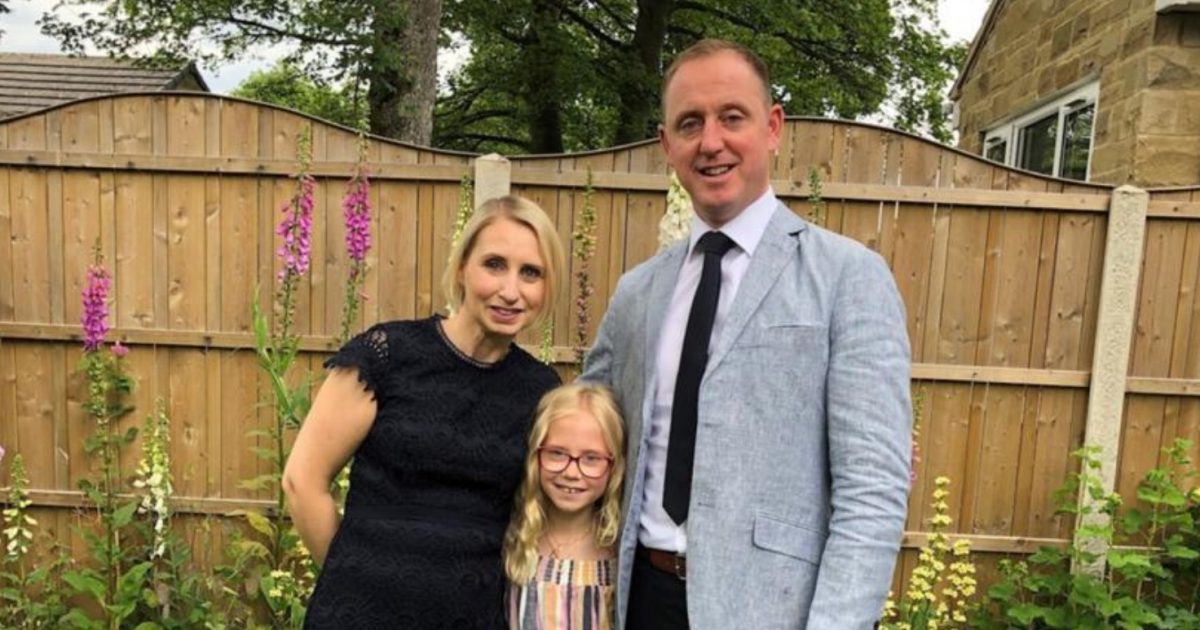 How A Mom Pushed To Get A Cancer Diagnosis

When Louise MacLeod told doctors she was experiencing concerning symptoms, she said they initially dismissed her complaints as her being tired from having a baby, but it turned out to be Hodgkin lymphoma.

MacLeod gave birth to her daughter Nell, her second child, in 2010. When she found a lump nine months later, she worried it could be cancer. That worry was compounded by the fact that the 44-year-old MacLeod hadn’t regained her energy after giving birth, something that hadn’t happened when her son Oscar, now 15, was born.

Read More
Other symptoms included swollen glands, fungal infections and weight loss. But doctors told her that she was just suffering form laryngitis and other aftereffects of birth. As more lumps appeared and her health continued to suffer, she told needtoknow.online that doctors continued to dismiss her concerns.

With A Diagnosis Came Relief

It was two years after she gave birth and only after a private referral with a specialist that she was diagnosed with Hodgkin lymphoma.

“It was really overwhelming, especially as I had a young family to look after,” said MacLeod. “But aside from being scared about my future, I was furious about my path to diagnosis. The delay in being correctly diagnosed could’ve easily cost me my life.”

Still, finally knowing what was wrong with her came as a relief.

“I thought I was going mad – I’d had 11 months of symptoms with no answer,” she said. “I also had a 20-month-old toddler and a five-year-old who’d just started school at the time and couldn’t bear to think about not being here for them, along with the worries of what treatment would entail. It was an awful time.”

What To Know About Hodgkin Lymphoma

Symptoms of Hodgkin lymphoma may include swelling around the armpits or groin, persistent fatigue, fever, night sweats, unexplained weight loss, and severe itching. Speak with your doctor if you have any of these symptoms.

In a previous interview, Dr. Elise Chong, a medical oncologist at Penn Medicine, says lymphoma symptoms can be difficult to detect. “The symptoms of lymphoma, especially if you have a low-grade lymphoma, often are no symptoms. People say, but I feel completely fine, and that’s very normal,” she explains.

Hodgkin Lymphoma Survivor, Lexi Ribstein, Pays Loving Tribute Through TikTok to Her Boyfriend Who Stuck by Her Side, Through Her Entire Journey

Dr. Chong describes in an earlier interview what someone diagnosed with lymphoma, can expect from a lymphoma biopsy. She says, “The process of the biopsy depends on the type of biopsy that’s being performed. If it’s a surgical biopsy, usually the patient will either be put to sleep or in a twilight state, where you won’t remember anything about the procedure,” she explains.

Dr. Chong says the biopsy will require general anesthesia or some sort of lighter anesthesia. “This is also done so that no one’s remembering any discomfort associated with the procedure,” she says. “Then the surgeon cuts through the skin, removes the lymph node or other section of organ that’s being biopsied, and then this is closed back up either with skin glue or sutures or sometimes staples.”

Dr. Chongs says that processing that tissue takes around one to two weeks, “because we need to do special stains for lymphoma, we need to do chromosomal tests to really have enough information to talk about the type of lymphoma.”

Using Her Experience To Help Others

For MacLeod, treatment was a 10-month process that included four different types of chemotherapy, some of which were part of clinical trials.

Those treatments took a toll and MacLeod lost a substantial amount of weight. When her condition didn’t improve, doctors recommended a bone marrow transplant.

Luckily, her 47-year-old brother Richard was a match. The procedure took place in September, 2013.

“I’m so lucky that my amazing brother was a willing match,” said MacLeod.

After the succesful procedure, MacLeod was given the all clear just in time for Christmas in 2013. A few months later, she was able to return to work. Now, after being cancer-free for nine years, she had dedicated herself to helping others by getting involved with several cancer charities.

“I hope no one ever has to experience what I have been through,” she said. “But it’s important people know that if they feel something isn’t right, they must push to be heard by their GP and clinical teams. You know yourself best and when something is wrong.”

Lymphoma Relapses: When To Use Radiation

Non-Hodgkin Lymphoma: Can Radiation Scans Cause Cancer? Non-Hodgkin Lymphoma: Types of Biopsy New Antibody-Based Drug is a ‘Great Stride’ Forward to Improving Outcomes in Non-Hodgkin and Hodgkin Lymphoma
NOW
PLAYING
Hugs For Ridiculously Cute, Mop Top 14-Year-Old TikTok Star Who Just Told Millions He Has Blood Cancer
NOW
PLAYING
33-Year-Old Woman Found Protruding Vein On Her Breast After Miscarriage: It Turned Out To Be Cancer
NOW
PLAYING
Doctors Said 20-Year-Old's Itchy Skin Was Scabies. Turned Out To Be Lymphoma. Follow Your Instincts.
NOW
PLAYING
Jeff Bridges Filmed Fight Scenes & Stunts With a Painful Tumor-- Amazing Resilience As Actor Turns 73
NOW
PLAYING
Yellow Eyes For 24-Year-Old Man Turn Out To Be Cancer-- Gratitude For Friend Who Noticed Something Wrong
NOW
PLAYING
35-Year-Old Dismissed Dry Skin & Brittle Hair As Stress Until Her Husband Urged Her To Get Checked: It Was Thyroid Cancer