The British beauty bravely chose to leave her psoriasis flare up on her elbow exposed at the prestigious Met Gala, sending an important signal that psoriasis is no cause for shame 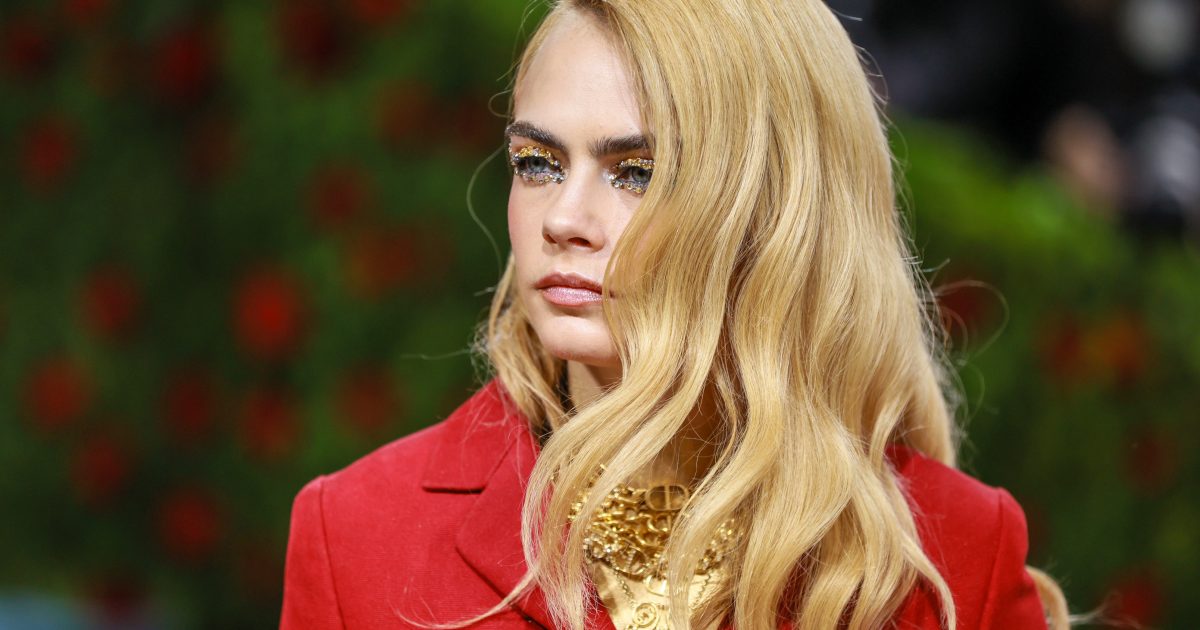 Redefining Beauty: Helping to Reduce the Shame of Psoriasis

Psoriasis can be frustrating and embarrassing for many people suffering from the chronic skin condition, which is an autoimmune disorder.

However, when one of the world’s biggest supermodels rocks one of the biggest red carpets without covering her own flare-ups from the skin disease, that’s some pretty powerful activism.

Read More
Cara Delevigne, 29, has modeled for glamorous luxury brands like Chanel, Dior and Burberry, but we think nothing makes more of a statement than Cara striking a pose at NYC’s Met Gala, blatantly showing patches of psoriasis on her elbows. While this statement alone cannot remove the agitation that many people deal with, it is a step in the right direction to help others with similar health issues build confidence. For a public figure like Cara to help reduce the shame of the disease and use her platform to redefine beauty, flaws and all, is what makes a true role model. Related: Model Gigi Hadid Says ‘Sometimes I Go a Week Without Makeup & Putting on Deodorant Can Be a Victory—Self Love Messages for All

Initially arriving to fashion’s biggest night in a red pantsuit, the British stunner removed her blazer to reveal her top half and breasts covered in gold body paint, leaving her elbow patches exposed and free of paint, on full display.

Although the situation wasn’t overly ideal and Cara has admitted that she gets flare-ups during stressful times (like fashion week), she could have altered her look to hide her flaws but thankfully chose not to. And she gained some new fans along the way who thanked her for her bold choice.

@Caradelevingne showing people with Psoriasis that there is nothing to be ashamed of. #psoriasissupportgroupuk on Facebook. Thanks pic.twitter.com/XN1Hgm29ak

Another supporter affected by lupus, which is also an autoimmune disorder, said that she felt inspired by Cara:

“If Cara Delevingne can go on the red carpet in front of millions and show her psoriasis flare up, then I can go out in my small town and show my lupus scars. We are both still beautiful.”

Related: ‘I’m Single and Have Psoriasis. How Does This Affect My Dating Life? What About Sex?’

And yet another example from countless similar posts on the web:

“ok like i don’t really care too much about celebrities but cara delevigne leaving her psoriasis visible in her met gala look is so validating to me (I’ve been SO embarrassed by the severe eczema i developed on my hands).” Like psoriasis, eczema causes red, itchy, dry patches on the skin.

Cara has spoken out about the harmful misconception about her skin condition in the past. Psoriasis is not contagious. “People would put on gloves and not want to touch me because they thought it was, like, leprosy or something,” she told The Times in 2015.

Nearly a decade ago, she was getting her psoriasis scabs painted over and concealed for a Louis Vuitton show, which reveals how much the industry—and her confidence—has changed.

Related: Your Top 10 Psoriasis Questions Answered; Learning About This Bothersome Skin Condition and How to Manage It

Cara Delevigne is not the only celebrity taking a stand against psoriasis. Reality star and business mogul Kim Kardashian, 41, and singer/songwriter LeAnn Rimes, 39, have also been been open about their struggles with psoriasis, choosing to show that their seemingly perfect lives can also be full of the every day person’s unfortunate issues.

Psoriasis is a skin condition that causes red, itchy patches to develop on the skin. It is a chronic disease, which means that it does not have a cure. Fortunately, symptoms can often by managed with different treatments and, for some, even lifestyle adjustments. The disease is rare; only about 3.2% of the U.S. population has it, according to the American Academy of Dermatology. Still, there have been major developments when it comes to treating psoriasis in recent years.

What is Psoriasis? Understanding the Different Types and Symptoms of This Rare Skin Condition

“Psoriasis is a chronic, auto-immune skin condition where you have red, scaly patches on the skin,” Dr. Saakshi Khattri, a dermatologist/rheumatologist at Mount Sinai Health System, tells SurvivorNet. “It is a chronic condition, which can ebb and flow. You can have good days and bad days.”

Dr. Saakshi notes that while anyone can develop psoriasis, the disease is more common in people between the ages of 30 and 50. Researchers believe genetics, as well as environmental factors, may play a role in the development of psoriasis.

Some psoriasis patients can reduce the severity of their flare-ups by using a topical solution, but many times treatments applied to the skin’s surface just aren’t enough to clear stubborn psoriasis. That’s where systemic treatment — treatment that travels through your entire body rather than being aimed at one area — can be beneficial for patients. Systemic treatments are available via oral medication and injections.  Some have been around since the early ’70s, while others are relatively new to the landscape.

“I have patients who come in after having been to many other medical practices and not really getting much hope or really good treatments for their psoriasis,” Dr. George Han, a dermatologist at Northwell Health/Lenox Hill Hospital, explains to SurvivorNet. “And we’ll give the patient a systemic medicine that these days are very effective. We have treatments where over half of the patients who have moderate to severe psoriasis are getting 100% clear.”

“I have patients who come in after having been to many other medical practices and not really getting much hope or really good treatments for their psoriasis,” Dr. George Han, a dermatologist at Northwell Health/Lenox Hill Hospital, explains to SurvivorNet. “And we’ll give the patient a systemic medicine that these days are very effective. We have treatments where over half of the patients who have moderate to severe psoriasis are getting 100% clear.”

Check with your doctor about recommendations in treating your psoriasis.

Incorporating certain lifestyle changes—such as getting more sleep, limiting alcohol and tobacco, and eating a healthier diet— may be highly effective in preventing outbreaks, but it won’t work for everyone.

Cara Delevigne not caring what millions of others think can hopefully inspire you to not be so hard on yourself about your own condition.

Answering Your Questions About Psoriasis