‘It Feels a Lot Like Pregnancy!’ Netflix ‘Get Organized’ Star Clea Shearer, 40, Describes ‘Extreme Nausea, Weird Body Aches And Out Of Body Experience’ From Her Second Round Of Chemo 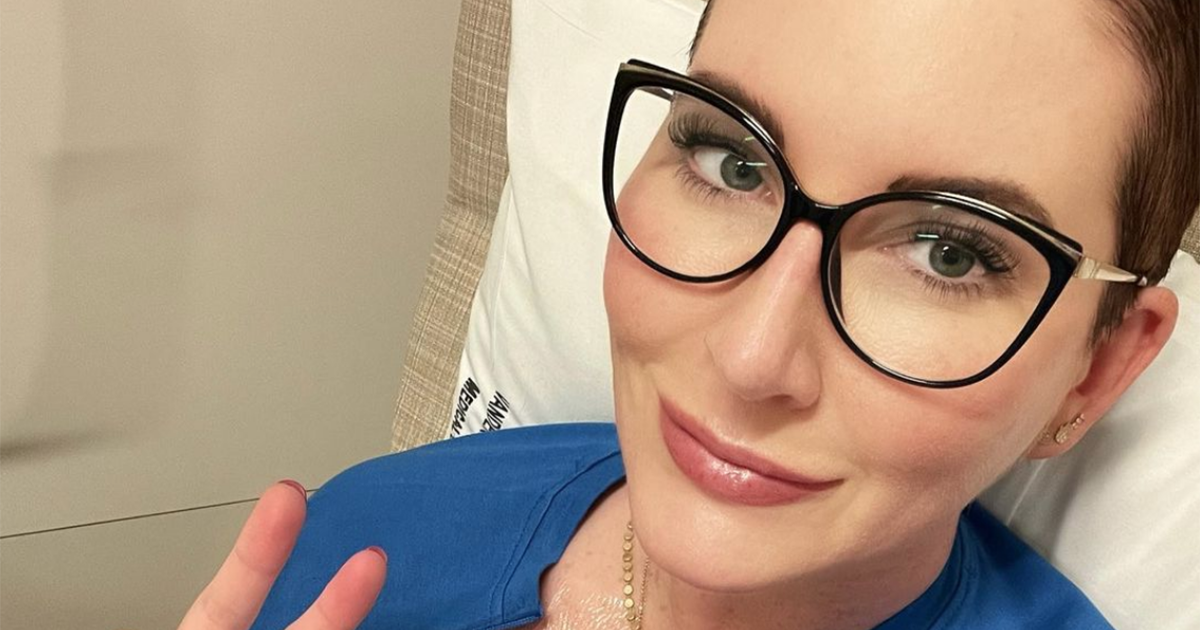 Netflix star and professional organizer Clea Shearer, 40, had her second round of chemotherapy to treat her stage 2 breast cancer last week, and she said it “feels a lot like pregnancy.”

Read More
“So far it feels a lot like pregnancy: Extreme nausea, fatigue, weird body aches, bone pain, food aversions, and an out of body experience that can only be summed up as WTF is this?” the Netflix star who lives in Nashville, Tenn., continued. “While the side effects can feel severe, it’s also a reminder that I’m receiving life saving medication that will kick cancer to the curb,” she added. “Somehow the side effects make me feel like an actual warrior, because I know my body is working side by side on the front lines with these medications, rather than feeling like they’re working against me.“Cheers to being another step closer to cancer-free!”

Clea Shearer lives in Tennessee with her husband, John, and their two children, Stella, 11, and Sutton, 7. She co-founded The Home Edit with her best friend and business partner Joanna Teplin, 42. Their business became such a success that Netflix opted to make a television show of it. Netflix released the second season of Get Organized with the Home Edit on April 1, shortly before Clea received her cancer diagnosis.

Chemotherapy for breast cancer uses strong drugs to kill cancer all over the body. It’s possible that patients get this treatment to shrink a tumor before surgery, afterward to get rid of any remaining cancer cells (like Clea Shearer) or on its own if the patient cannot have surgery.

An Overview of Breast Cancer Treatment

Whether or not to have chemotherapy can also be the patient’s choice, depending on their age, the type of cancer they have and its stage.

If the patient’s breast cancer is triple-negative, which means the three main types of receptors — estrogen, progesterone and the HER2 protein — don’t fuel the cancer, chemotherapy is typically the treatment. This is because the cancer does not respond to certain targeted therapies.

Women who are diagnosed with HER2-positive breast cancer have high levels of the HER2 protein on the outside of their cancer cells. For patients with early-stage disease, meaning they have relatively small tumors and no lymph involvement, a number of HER2-directed therapies have dramatically changed the landscape. These include chemotherapy drug trastuzumab (brand name: Herceptin), as well as pertuzumab (brand name: Perjeta), which is a monoclonal antibody used in combination with chemotherapy.

In April, Clea Shearer announced that she had been diagnosed with breast cancer and that she would be undergoing a double mastectomy.

“I found a lump myself (in) the last week of February,” Clea posted to Instagram on April 7. “I had been trying to make an appt with my OB(GYN) for several months, and even when I told them I found a lump, they couldn’t accommodate me. I had to request a mammogram from my general doctor, which led to an ultrasound, and then an emergency triple biopsy.”

Clea, who’s been sharing regular updates about her health on Instagram, was originally told her cancer was stage 1, but during the nine-hour surgery on Friday, April 8, doctors found cancer in one of her lymph nodes, which elevated the cancer to stage 2. The type of breast cancer Clea was diagnosed with hasn’t been been made public yet, but she said her cancer is “aggressive and fast-moving,” however, “I caught it early.”

She had two tumors, one measuring 2 centimeter in size and the other 3 centimeters (she was originally told each tumor was 1 centimeter). The tumors were sent to a lab in order to determine if Clea would need chemotherapy or radiation, and it turns out she needs both. (Once she’s finished with chemotherapy, she’ll begin radiation treatment.)

According to her Instagram, Clea also underwent a second breast cancer surgery shortly after her first because “some of my skin tissue is just NOT having it…”

It’s now been over a month since her surgeries, so the next phase of treatment — chemotherapy — can begin. She underwent her first round of chemotherapy on May 19, and shortly after, she shaved her head.

“Very short hair, and really don’t care,” she posted to Instagram on May 28, about a week after cutting all her hair off.

“This first round of chemo has been a lot, both physically and mentally. It wiped me out for a few days, but it makes the good days feel that much better.”

‘Anne With An E’ Star Miranda McKeon, 20, Is Now Studying Abroad In Italy After Breast Cancer Battle: ‘This Is My Time’