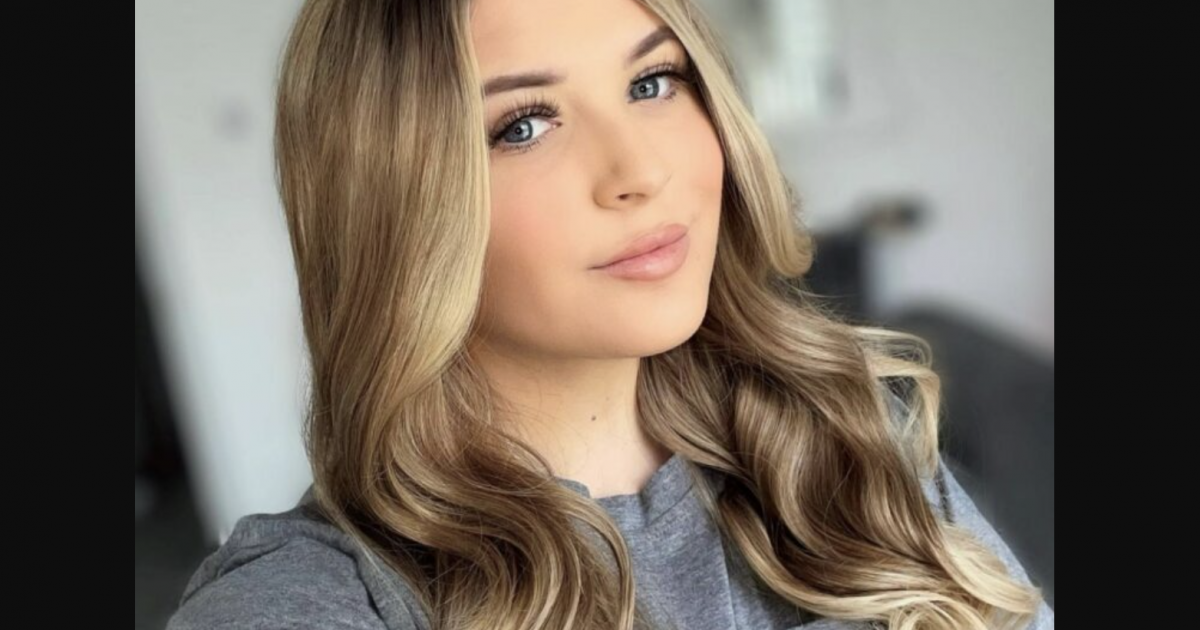 Getting Your Symptoms Checked & Learning about Lymphoma

Itchy skin can have many different causes. But for lymphoma survivor April Grierson, hers precluded something much more sinister than dry skin or insect bites.

Grierson, now 21, first noticed something was off with her health when she began suffering from increasingly itchy skin and night sweats. Doctors first  thought she had scabies – an infestation of the skin by the human itch mite – but things seemed more serious after a lump appeared in her neck.

Read More
“As soon as I noticed the lump on my neck and that it was growing, I knew that my other symptoms were more than initially thought,” Grierson said.

The same day she went in for testing, Grierson was diagnosed with a type of blood cancer called Hodgkin lymphoma at just 20 years old.

“As soon as they said that my boyfriend could come into the hospital – which wasn’t allowed at the time due to Covid – I knew it was bad news,” she explained.

Before beginning 12 rounds of chemotherapy treatments in April 2022, she underwent IVF egg retrieval in anticipation of her treatments affecting her fertility. But she needed extra time in the hospital after the fertility treatments caused OHSS (ovarian hyperstimulation syndrome) – an exaggerated response to excess hormones that causes the ovaries to swell and become painful.

“It was quite a rocky journey before even beginning my chemotherapy treatment but I was determined to stay positive which I think definitely helped. I knew my own strength and knew I could get through it,” the strong cancer warrior said. “Everyone on the Teenage and Young Adult Unit at The Clatterbridge Cancer Centre was amazing – they were supportive and understanding every step of the way.”

Throughout her cancer journey, Grierson made an effort to document everything online. Now, the viral TikTok star has 122,500 followers on the platform.

“When I first started documenting my journey online, I never expected to receive the response I did,” she said. “I got about five million views and thousands of likes for my first video – I had to turn all my notifications off as I couldn’t keep up! It was strange but nice in a way to be able to share my experience and hopefully help other people going through similar.”

April Grierson’s lymphoma was a type of Hodgkin lymphoma, and it’s important to note there are more than 40 different types of the disease. Hodgkin lymphoma and non-Hodgkin lymphoma are the main two sub-categories with the latter being more common. Diffuse large B-cell lymphoma (DLBCL) is the most common form of lymphoma.

People with lymphoma do not always have symptoms, but common ones are:

RELATED: Actor Owen Wilson Channels His Inner Bob Ross For A New Film – We Lost ‘The Joy of Painting’ Artist To Lymphoma In 1995

Some lymphomas, called indolent lymphomas, might not even need to be treated right away because they’re slow-growing. In this case, careful monitoring – including imaging scans such as PET/CT – is used to track the progress of the cancer and gauge whether it needs treatment yet.

During a cancer battle, it’s important to know that you are not alone.

Hervey is now cancer-free, and says she couldn’t have done it without the love and support of her TikTok followers.

So while sharing your story to a vast TikTok audience might not be your thing, it’s important to consider opening up to others during your cancer battle. Even if it’s with a smaller group, you never know how much the support can help you – or help those you share with – unless you try.

Hodgkin lymphoma differs from non-Hodgkin lymphoma because it has distinctive, giant cells called Reed-Sternberg cells. Non-Hodgkin lymphoma is much more common than Hodgkin lymphoma, but often more difficult to treat. Early symptoms of lymphoma can be tricky to notice as they may include swollen lymph nodes, fatigue or unexplained weight loss. Sometimes lymphomas that are slow-growing don’t need to be treated right away. But they require monitoring to see when they have turned aggressive. The American Society of Clinical Oncology says Hodgkin lymphoma survivors, in particular, should pay attention to signs of depression. About 15 percent of people develop a major depressive disorder after a cancer diagnosis.
NOW
PLAYING
Hugs For Ridiculously Cute, Mop Top 14-Year-Old TikTok Star Who Just Told Millions He Has Blood Cancer
NOW
PLAYING
'The Old Man' Star Jeff Bridges, 73, Was Fighting For His Life Through Cancer And Covid Says Co-Star, Being With Him Changed My Life
NOW
PLAYING
Woman, 28, Was Told Her Lump Was From a Cold – But it Was Lymphoma
NOW
PLAYING
24-Year-Old Girl Thought Itchy Skin Was Allergies From New Golden Retriever Puppy. Doctors Discover Her Stage Three Lymphoma
NOW
PLAYING
Woman's Acid Reflux Misdiagnosed As Lymphoma - 'When You Feel That Something Is 'Off' In Your Body, Trust Yourself'
NOW
PLAYING
35-Year-Old Dismissed Dry Skin & Brittle Hair As Stress Until Her Husband Urged Her To Get Checked: It Was Thyroid Cancer

Woman’s Acid Reflux Misdiagnosed As Lymphoma – ‘When You Feel That Something Is ‘Off’ In Your Body, Trust Yourself’