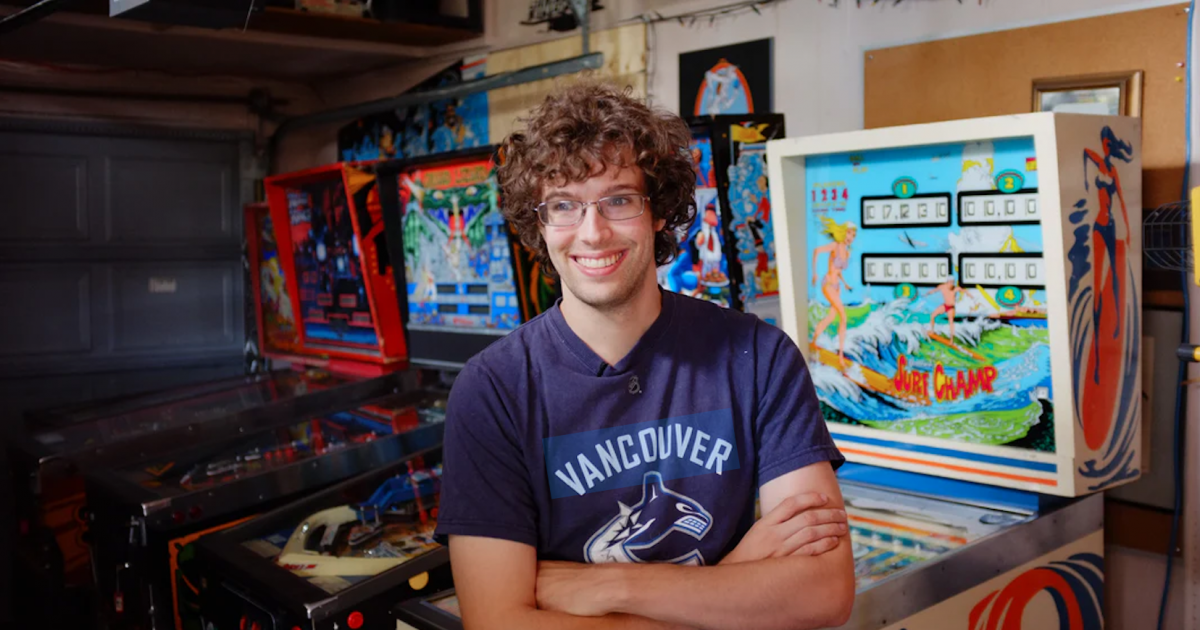 The Strengths of People with Autism

“Robert was a pretty easy baby, but he was different,” says Kathy Gagno, about her second son. He never crawled, but he would roll quickly. He often flopped, rather than sat up straight, as a baby. He also liked to move and roll and spin things around him: “If something didn’t spin, he’d make it spin.”

Read More
Raising him was confusing, because while she knew he was different, she could also see he was intelligent. She also noticed he didn’t play with toys but would gravitate towards light switches or mechanical things. He was eventually diagnosed with autism at age three. At age four or five, he played pinball for the first time, his father recounts. And he was very good at playing it, as well as other games. “But we never made that connection,” his mother says. “Never once did I think, oh he’s really good at Nintendo or pinball because of the autism.” In fact, his autism played a more significant role in his success than she – or anyone – imagined.

Autism, or Autism Spectrum Disorder (ASD), is “a developmental disability caused by differences in the brain,” explains the CDC. “People with ASD may behave, communicate, interact, and learn in ways that are different from most other people.”

The diagnosis of ASD is made by studying someone’s behaviors and developmental timeline. An autistic person may have developmental delays and challenges, such as delayed talking or walking. They might also have trouble with social or interpersonal communication, including speech and making eye contact. They may also have limited interests and display pleasure in repeated behaviors, such as lining up objects or following specific routines without deviating.

Doctors are still not completely sure what causes a person to be born with the brain differences that result in ASD.

A small number of people with autism are known as autistic savants. They’re people who have unusually strong talents in specific areas. For example, they may be exceptionally musically talented. Dr. Robert DeMelillo writes, “One of the more common skills of a savant is a remarkable ability to play music, even though the child cannot read music and never took a lesson.  The musical ability comes from enhanced left brain ability that results in perfect pitch, the unique talent to perfectly reproduce a note when heard. It is rare in the general population, even among  highly skilled musicians. Mozart was actually believed to be an autistic savant.”

Of course, Mozart, and others with autism, also face very real challenges. And yet, some of those challenges might mask the very real strengths they have as  a consequence of autism. Jim Sinclair, an autism rights advocate and one of the founders of Autism Network International, says that he and other founders “recognized abilities and strengths in many autistic people who just didn’t happen to share our skills in using language.” These strengths were not just limited to autistic people who were labeled as “high-functioning.”

Strengths of People with Autism

1.    Memory. Many people with autism have a memory that surpasses that of a person without autism. Tracy Alloway writes, “Recent research has found that the prefrontal cortex (PFC), the home of working memory, is one of the brain regions most affected by autism.”  While memory can be impaired in some people with autism, in many people, it is enhanced. They are able to learn and retain new information quickly.

2.    Detail oriented. People with autism tend to be able to focus more efficiently and spot differences. A 2020 study showed that autistic children could spot purple letters among black letters more quickly and accurately than non-autistic children, for example. The authors concluded that “Our results suggest that children with autism are able to process visual features, such as color, more accurately than typically developing children, even when these are presented very rapidly.”

3.    Pattern recognition. More scientists are finding evidence that autistic people are unusually good at spotting patterns, whether they are processing information that is visual or auditory. In fact, this trait might explain why so many autistic people are drawn to science and technology fields. A study published in  The Journal of Autism and Developmental Disorders found that “individuals with an ASD are more likely than the general population and other disabilities groups to gravitate toward STEM.”

Robert Gagno is truly a person whose autism enhanced his talent for pinball. Check out his amazing story in Wizard Mode, on SurvivorNetTV.