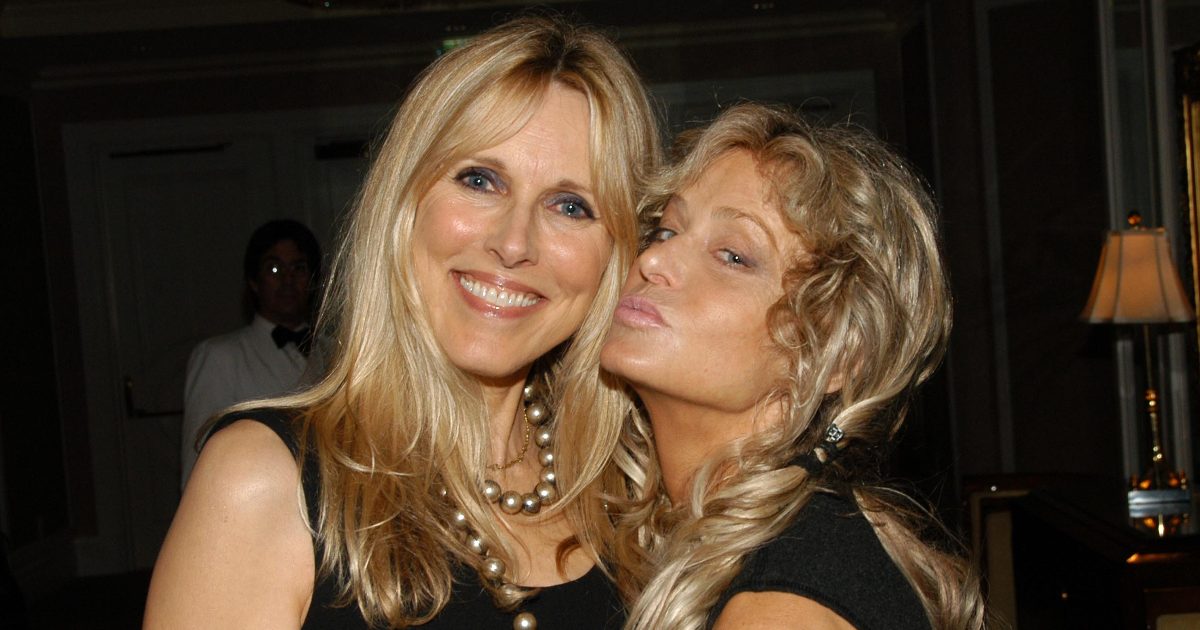 Read More
This week, the official Instagram of the Farrah Fawcett Foundation shared a repost of Stewart’s photo, accompanied by the caption, “Farrah and I in Tegernsee, Germany, 2008.” “We spent 4 weeks at a clinic there where she was receiving cancer treatments. RIP Farrah #memories #germany #fightcancer #cancerresearch #farrahfawcett,” Stewart, a New York Times best-selling author, caption wrote. Stewart previously shared her journey with SurvivorNet of being her beloved friend’s closest advocate throughout her courageous battle, and shares her own heartbreak, loss —and inspiration—she experienced along the way.

An Advocate for her Friend

Stewart, the author of My Journey with Farrah: A Story of Life, Love, and Friendship, says that sticking by Fawcett through her cancer journey was a major part of her life.

“It was all I did really,” Stewart recalls. “I learned so much about it, and it’s such a frightening journey for the people who love someone going through this because you don’t know what to do or say. You’re trying to keep your spirits up because you have to keep their spirits up no matter how you feel.”

Stewart stresses the importance of fighting for your loved one.

“You can’t do it on your own, there’s just no way you can do it on your own. You need someone looking to make sure the medications are right, because people make mistakes,” she says. “I remember fighting with people in Germany saying ‘No, no you can’t put her here, you can’t push her out in the hall and let her lie out there while she’s waiting for surgery. No, no, no, that’s not going to happen.’”

Aside from Fawcett, Stewart has also been a caregiver as a mother to three children; Ashley, Kimberly, Sean. Her son Ashley’s father is actor George Hamilton, Alana’s first husband. Singer Rod Stewart is the father to Kimberly and Sean. “George is like my family I see him every day, he truly is my family because he’s been in my life for so long, we get along fine.” As for Rod, the pair keep in touch here and there for the kids when he’s in town for family gatherings.

In July 2020, The American Cancer Society recommended that children ages 9-11 get the HPV vaccine, with catch-up vaccinations available for those up to age 26.

Why the HPV Vaccine is so Important in Preventing Cancer

“The HPV vaccines do not cause autism,” says Dr. Jessica Geiger, a medical oncologist at Cleveland Clinic Cancer Center, addressing the anti-vax myths that have surrounded the vaccine since it was introduced in 2006.

“There’s always a risk of some vaccine-related side effects … local site injection pain, some redness, some swelling,” she notes but adds, “there are no syndromes such as autism or other neurologic symptoms that have been linked to the HPV vaccines.”

Dr. Geiger also points out that some parents resist the vaccine because they don’t want to consider their children becoming sexually active.

“The fact is that the majority of us are going to participate in sexual activity at some point in our lives … it’s unreasonable to think that just because your child isn’t engaging in sexual activity now that they won’t later in life.”

You’re a Person Not a Patient: Fawcett’s Oncologist, Dr. Lawrence Piro, On the Doctor-Patient Relationship

After her cancer returned, the actress filmed all the ways cancer affected her daily life for an ABC documentary, “Farrah’s Story” debuted in May 2009 and offered 15 million viewers a heart-wrenching look into the realities of the disease.

The documentary includes interviews with Dr. Lawrence Piro, Fawcett’s oncologist; Mela Murphy, her hairstylist who details the moments when the actress’ locks first started falling; and Dr. Ursula Jacob, a physician in Germany who treated the actress with alternative therapies.

“First Elimination Of A Cancer In History”

When new HPV vaccine guidelines were released, they came with a bold statement — the kind that organizations like the American Cancer Society are often reluctant to make.

This is possible only if children and young adults — up to age 26 — follow through and see their doctors for the HPV vaccination.

Friends of the actress have said she had been exhibiting symptoms for a long period of time before seeing a doctor. “Putting diagnosis and treatment on the back burner led to the poor prognosis,” said Dr. Julian Sanchez, a surgeon in Moffitt Cancer Center’s Gastrointestinal Oncology Clinic.

“These symptoms usually do not develop overnight. Often patients will have symptoms such as pain and bleeding.”

RELATED: Lillian Kreppel Got Cancer Through HPV, And She Wants to Stop the Vaccine Controversy