Girl Swimmer, 8, Had To Pull Out Of A Swim Meet Due To Fatigue, ‘Baseball-Sized Lump’ In Her Chest: It Turned Out To Be Cancer

Now Lydia is swimming across San Francisco Bay to celebrate beating the cancer. 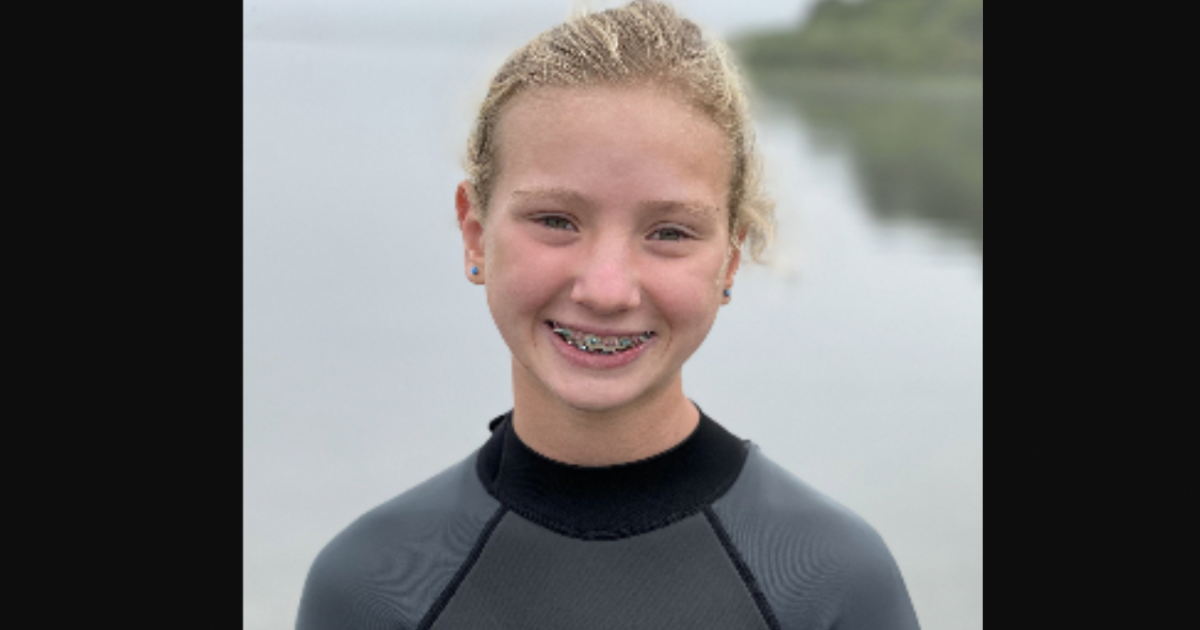 “I’m a swimmer.” This was the phrase Lydia Gerdes never failed to forget as she sat through months of treatment for sarcoma.

Lydia was only 8 when she first started having struggling with her health. She traveled to a swim meet with her mother but was unable to compete all weekend due to her flu-like symptoms. And when she got back home, her fever and illness only grew, and she even woke up with a baseball-sized lump on her chest.

Read More
Shortly after – just two weeks before her 9th birthday in 2019 – Lydia discovered she had a rare cancer called Ewing sarcoma. “This was like a parent’s worst nightmare,” her mother, Michele Gerdes, said of the early days at the hospital. For treatment, Lydia underwent 101 doses of chemotherapy, 32 days of radiation and 22 blood transfusions over the course of seven months.

“Lydia is a very stoic person,” Michele said. “Even through all of the treatment, she wouldn’t get upset or worried.”

Instead, Lydia put her head down and pushed through. She completed all her school work for the third grade in between chemotherapy treatments, insisted on taking a state-mandated standardized test and even learned how to weave for a project on Native American culture. She didn’t even have to have a late start to fourth grade and returned to swimming two months before her treatment ended.

“She’s the most coachable kid I’ve ever had,” Lydia’s coach at Humboldt Swim Club said. “She wants to challenge herself.

“I mean, she smiles the whole time… It makes my life easier when she’s at practice.”

Now in the sixth grade, Lydia is only continuing to challenge herself. In fact, she just partook in the Swim Across America campaign where she swam 1.5 miles across San Francisco Bay. As an advocate and cancer survivor, she raised over $10,000 “to support the same oncology programs and research that saved [her] life.”

“My daughter is one of the toughest, bravest humans I know,” Michele said. “And you know she wants to just move on and be a 12-year-old kid”

“Unfortunately, most sarcomas do not cause many of the symptoms that may be associated with other cancers,” Dr. Dale Shepard, director of the Cleveland Clinic Taussig Cancer Institute Phase I and Sarcoma Programs, tells SurvivorNet. “A mass the size of a golf ball or larger and growing should be evaluated as a potential sarcoma. It’s important that patients who do have symptoms are not dismissive of them.”

Ewing sarcoma is a specific type of cancer that occurs in bones or in the soft tissue surrounding the bones. It is most commonly found in adolescents, but younger children, as well as adults (in their 20s and 30s) can also be diagnosed with this disease.

According to the Mayo Clinic, some signs and symptoms of Ewing sarcoma include:

Treatment for Ewing sarcoma depends on the location of the cancer and the size of the tumor at the time of diagnosis. A doctor’s treatment plan may involve a combination of chemotherapy, radiation and surgery.

Sometimes the aggressive nature of these treatments can cause both short-term and long-term side effects. According to the Mayo Clinic, “lifelong monitoring is recommended” after completing treatment to watch for potential late effects of the intense treatment.

Thriving as a Survivor

A cancer diagnosis can change your life. But as we’ve seen in the case of Lydia Gerdes, you can thrive on the other side of treatment.

RELATED: As You Check Out Your Spotify Wrapped, Consider Adding These Cancer-Surviving Artists to Next Year’s Music Rotation

One Tough Cookie: Resilient 8-Year-Old Who Overcame Ewing Sarcoma Sells More Than 32,000 Boxes of Girl Scout Cookies To Break Record Indiana Native Beats Ewing Sarcoma As a Kid, Becomes Millionaire Businessman and Actor: ‘Chemo Teaches You that You’re Going to Be Thrown Curveballs’ Dancing in the Rain: Osteosarcoma Survivor Sona Kocinsky’s Story of Bravery, Resilience and Hope Sarcoma Survivor Who Lost Her Leg Due to Cancer is the First Amputee to Compete in Miss World Pageant Qualifier: ‘Looking Different Doesn’t Make You Any Less’ Bold, Bald & Beautiful: Kara Ladd Met a New Version of Herself After Her Cancer Diagnosis
NOW
PLAYING
Steely Eyed TV Host Dan Abrams, 56, Is Now A Dad & Two Decades Past Testicular Cancer – The Hope For Men Facing The Same Disease
NOW
PLAYING
Mom & Nurse, 32, Thought Lump in Breast Was Clogged Milk Duct, But it Was Stage 2 Cancer
NOW
PLAYING
Miranda McKeon, 20, Studying Abroad In Italy After Breast Cancer Battle: 'This Is My Time'
NOW
PLAYING
Cool & Dashing As Ever, Michael Douglas, 78, Says Talking About HPV-Related Cancers Is The Only Way To Spread The Word
NOW
PLAYING
CML is a Type of Myeloproliferative Neoplasm (MPN) — What Are These?
NOW
PLAYING
A Young Bodybuilder & Amputee's 'Sports Injury' Turned Out To Be Cancer