Back on TV, Amazing Sports Anchor, 38, Returns to Work After Diagnosis of Cervical Cancer That Had Spread 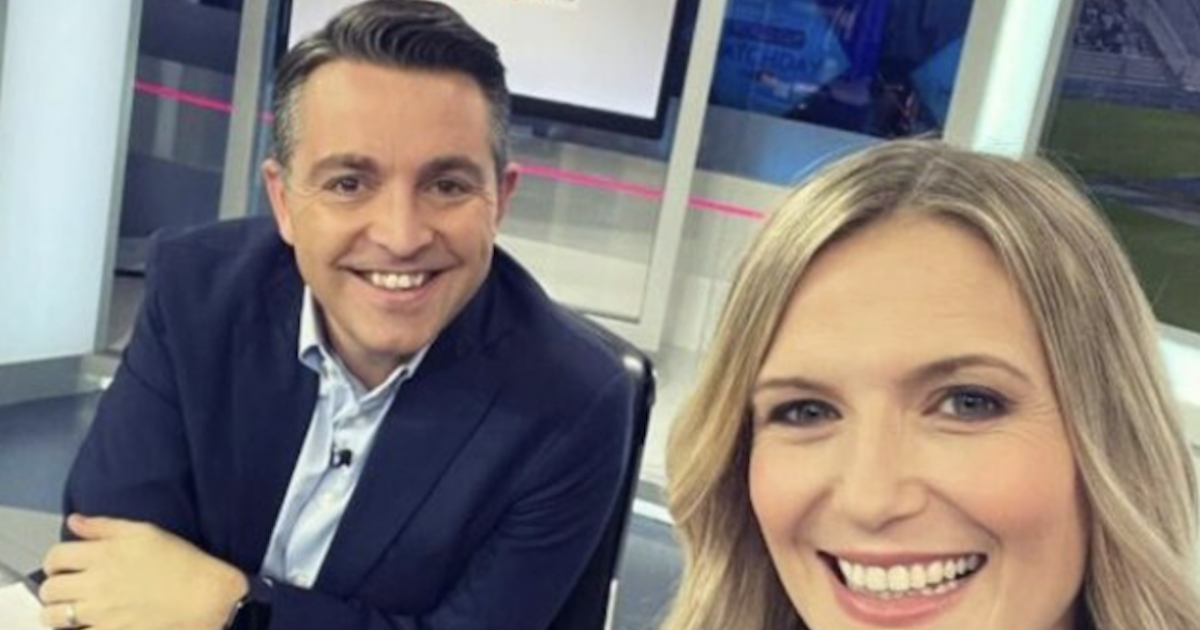 Sky Sports reporter, Jo Wilson, 38, has returned to work following treatment for stage 3b cervical cancer, which she was diagnosed with just months ago. The Perth-based reporter shared her diagnosis with the public in September, saying that it had spread to her lymph nodes earlier in 2022.

Many people, like Wilson, choose to return to work following a cancer diagnosis and treatment. For some, it adds a sense of normalcy and routine to an otherwise turbulent time. Speak with your medical team and your family to help decide what feels best and most right for you.

Who Gets Cervical Cancer?

Read More
Wilson is one of many women globally battling this disease. The Courier reports how, when Wilson was diagnosed, she worried she wouldn’t survive her illness. But she is feeling far more optimistic, following her treatment. Back at work at Sky Sports, Wilson said on social media, “What a delight to be back and reunited with @julianwarren helping me through.”

Every year in the U.S., approximately 14,480 women will be diagnosed with cervical cancer. And nearly a third of women diagnosed will pass away from this disease.

At one time, cervical cancer was one of the most common causes of cancer death for American women, says the American Cancer Society (ACS). After the pap smear test was introduced, the death rate of cervical cancer decreased significantly, as the screening procedure can detect changes in the cervix prior to the development of the cancer. The smear test also detects cervical cancer when it is smaller, and thus, easier to cure.

Wilson is one of the thousands of women fighting this disease. In late September, she wrote on Instagram, “Two weeks post-treatment now and slowly building my strength back up….Three months until I find out if the treatment has worked or not so all the positive vibes still much appreciated.”

In October, Wilson married her partner of six years. She told Ok! magazine, “We really did want to celebrate our love – not because of what’s happened this year but despite it. It sounds unromantic, but being married makes everything so much easier if anything bad were to happen to either of us.”

Should I Give My Kids the HPV Vaccine? A Leading Doctor On Why She Says “Yes!”

The most common symptoms of cervical cancer can include:

This disease is also detected through pap smear tests, which looks for early signs of cervical cancer. Nurse Practitioner Barbara Dehn explained in a previous interview, “Many women think that Pap smear checks for ovarian cancer, but it doesn’t. Pap smears detect only cervical cancer, not all gynecologic cancers. In fact, there is no test that detects ovarian cancer in its earliest stages, which is why two-thirds to three-quarters of women are diagnosed at a later stage, when the disease has spread to nearby tissues and organs.”

Cervical Cancer Survivor, Hannah Park, Was Shocked After Her TikTok Video Went Viral. “I Never Expected Anything Like That to Happen at All.”

The study showed a 2-month extension in survival rate for patients treated with pembrolizumab. The study found that patients with persistent, recurrent, or metastatic cervical cancer lived longer when pembrolizumab (brand name: Keytruda), a form of immunotherapy, was added to the standard treatment regimen of chemotherapy.

Dr. Dana Chase at Arizona Oncology explained to SurvivorNet at the time the importance of this news, saying, “Treatment outcomes are improved in metastatic or recurrent cervical cancer when immunotherapy is added to standard of care.”

Dr. Bobbie J. Rimel, an assistant professor of gynecology and obstetrics at Samuel Oschin Comprehensive Cancer Institute, whose area of focus is gynecologic oncology, agreed. He told SurvivorNet at the time, “This study is exciting for sure and means for some patients there will be a significant improvement in their longevity by the addition of pembrolizumab to the three-drug combination we have been using,” Dr. Rimel tells SurvivorNet. The three-drug combination, she says, is, “Carboplatin/taxol/bevacizumab, the regimen standard of care from GOG 240.”

We love the gusto with which Wilson is returning to work following her cancer diagnosis and treatment.

The Courier reported how her fellow reporters and presenters were celebratory over Wilson’s return. The journalist Orla Chennaoui said of Wilson’s comeback, “What a wonderful sight Jo. That has made my heart so very glad.”

A cancer diagnosis can be a life-altering event, and finding pockets of normalcy during the cancer journey is often welcome. For most people, going to work every day – if you’re well enough to do so – can be an effective strategy for keeping things as “normal” as possible during an abnormal health event like cancer. The positive social benefits of returning to work are noteworthy, too, and are evident from Wilson’s colleagues expressing joy and good wishes at her return.

Laurie Ostacher, a social worker at Sutter Bay Medical Foundation, says in an earlier interview how important a person’s career may be to them, even during the cancer journey. She explains, “Some women choose to continue working [through cancer] because working is a significant part of their identity, they enjoy the job, and there’s flexibility built in.”

Ostacher continues, explaining her role in a person’s cancer journey, saying, “I help folks think about whether it makes sense to work,” she says. “If you really don’t want to but are worried you’re not going to be able to make ends meet, then I’ll sit down and help them figure out, you know, with your disability insurance, would this be possible?”

Working During Your Cancer Treatment