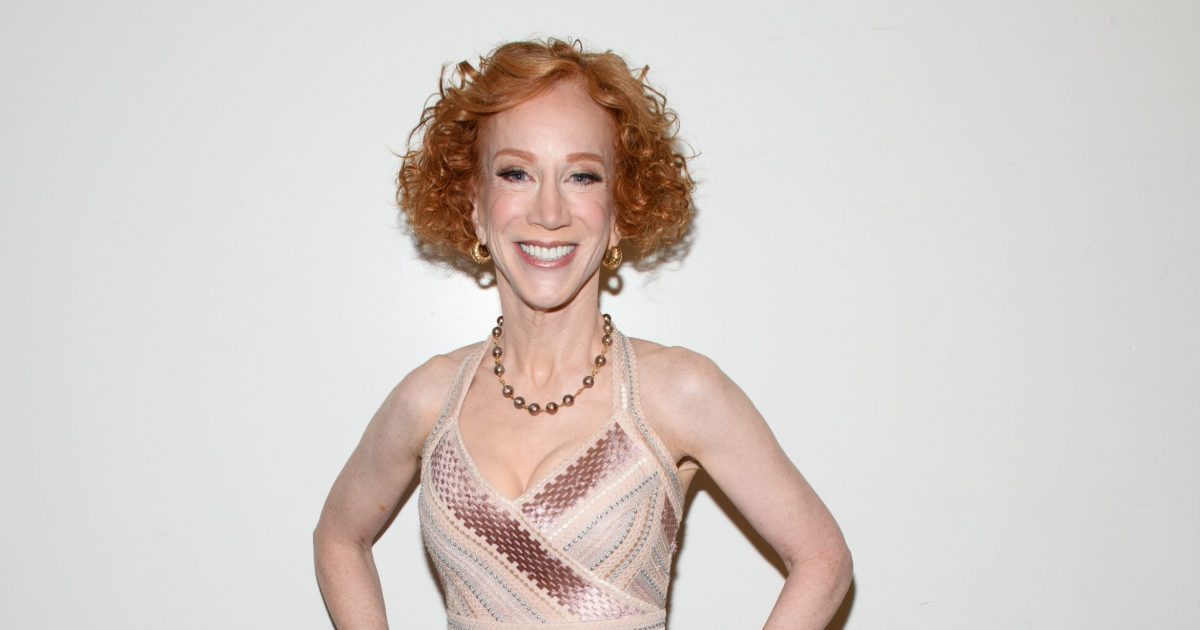 Kathy Griffin, 62, never fails to bring levity to a serious subject. And now the lung cancer survivor is joking about how she wants our pity as she tries to heal her vocal cords.

In her most recent Instagram post, the comedian shared a video explaining why she was “feeling sorry for [herself].”

Read More
RELATED: Kathy Griffin, 61, Gets Medical Advice From Fans After She Posts Her Scans On Instagram, Saying Her Surgeon ‘Ghosted’ Her: What Should You Do If You Can’t Reach Your Doctor?

“I’m feeling sorry for myself and I’ll tell you why,” she said. “Because I’m on my way to the hospital again, because I have to go into general to get another procedure on my vocal cords.

“So, the good news is I get to come home today. But last time I got this done, it hurt for like seven days. But I’m just being a baby. But I want to get my voice back, you know, I’ll do anything.”

Griffin underwent a left lung resection for her lung cancer treatment. Lung resection is an operation to remove part or all of a damaged or diseased lung. According to an article published in the National Library of Medicine that studied vocal cord dysfunction (VCD) after left lung resection for cancer, researchers concluded that “VCD is a frequent event that can lead to dramatic pulmonary complications.”

But despite all she’s gone through, Griffin always still manages to have a laugh.

“Also I wanted to tell you guys, I want your pity,” she quipped. “Right, you know in movies, when they’re like, “I don’t want your pity, don’t feel sorry for me!

Kathy Griffin revealed her stage 1 lung cancer diagnosis via social media in Aug. 2021. Thankfully, the cancer seemed to be contained to one part of her lung, so she underwent surgery to have half of her left lung removed shortly after sharing the news.

She then revealed she was cancer-free in December 2021, but she still had a lot of recovering to do. After the surgery, her voice was altered by an intubation tube giving her a “Minnie Mouse meets Marilyn Monroe” type of voice.

She later revealed that her 6-month check up scans were clear in February, and surprised fans with a video showcasing the return of her voice in June – though we know her voice has, sadly, still has a ways to go.

Though she’s doing better today, she did lose confidence in the doctor who performed her surgery. In another social media post, she called him a “hack Dr.”

“He ruined my vocal chords & my arytenoids permanently!” she previously wrote. “My voice is my living. It’s discouraging 2 me that people are sticking up 4 a surgeon who has caused me so many difficulties. I had stage 1. I sure wish I had gotten chemo/radiation instead of surgery with this hack Dr.”

Thankfully, she’s since been seen by a doctor who made her feel heard.

And in an update from October, she said she “may have kind of maxed out about how much my vocal apparatus can recover from the damage that was done during the lung cancer surgery.” She then shared some of her options, but it’s unclear exactly which option she chose based on her latest update.

“Some lung cancers are from unknown exposure to air pollution, radon, or asbestos,” Dr. Raja Flores told SurvivorNet in a previous interview. “We also see more never-smokers with lung cancer who have a family history of it.”

Just like Saundra Moore, Hunting was a non-smoker when she was diagnosed with lung cancer. But the active 54-year-old’s cancer had progressed further given that she had stage four non-small cell lung cancer.

Lung cancer is the second most common form of cancer, and the leading cause of cancer deaths in both men and women in the United States. Smoking is, of course, the primary cause of lung cancer, but non-smokers can, and do, develop this disease. The good news is that if you quit smoking, your risk for lung cancer decreases. There are several surgeries for lung cancer, and the decision about which is best is based on the location of your cancer, its size and whether it has spread.
NOW
PLAYING
Genetic Testing Can Help Determine Your Lung Cancer Treatment
NOW
PLAYING
59-Year-Old Woman's Unexplained Weight Loss Turned Out To Be Lung Cancer But She Never Smoked
NOW
PLAYING
Popular TV Host's 'Torrid Night of Pain' While Battling Lung Cancer
NOW
PLAYING
Nonsmoker, 64, Went To The Emergency Room For Pain In Her Side, Turns Out To Be Lung Cancer: 'Pay Attention To What’s Going On In Your Own Body'
NOW
PLAYING
Shockingly Fired After Diagnosis, Popular TV Host And Loving Father Of Three Receives Outpouring Of Support From Fans
NOW
PLAYING
Miracle Recovery: Texas Woman, 61, Diagnosed And ‘Cured’ of Lung Cancer In One Day