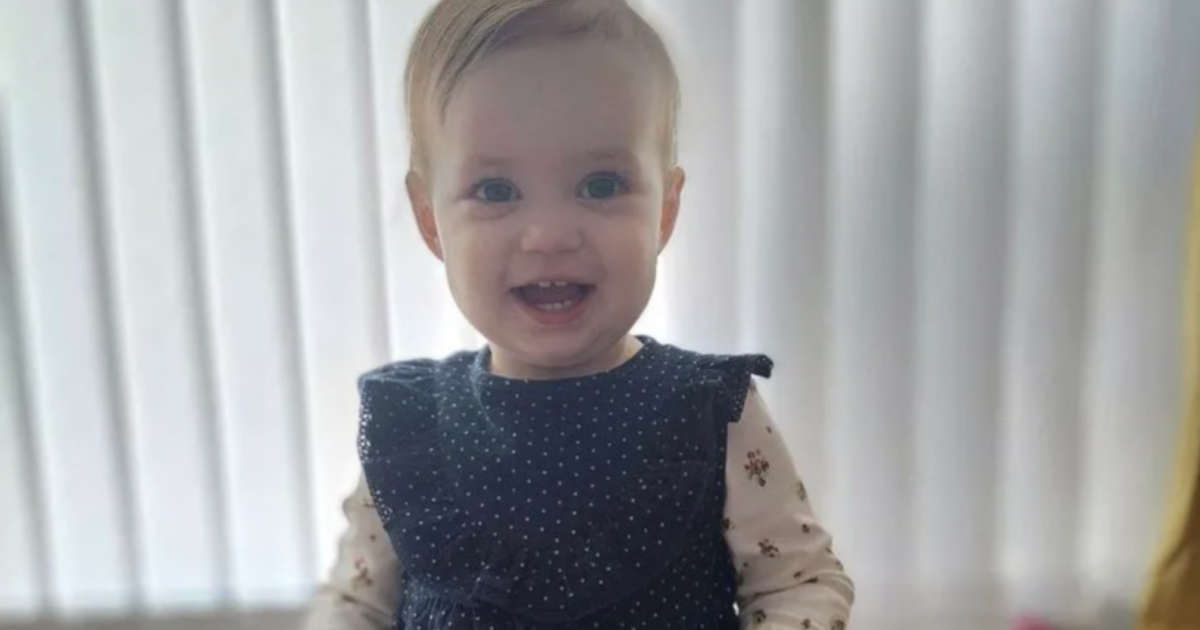 Everything changed when Hallie Evans turned 1. Now her parents are doing everything they can to support their little neuroblastoma warrior as she fights for her life.

Hayley Williams and Jamie Evans didn’t think much of the MRI scan on their daughter’s birthday. But when results came back, they shook the family “to its core.”

“She has been through two different strength chemotherapy treatments as the first one that was tried wasn’t having the effect needed to get rid of this nightmare,” her father said. “Luckily we are seeing some more positive results with the stronger chemotherapy but that in turn has and is taking its toll on our baby.

“She struggles eating most days and some days hardly has the energy to move about the room and will lie on her mum for hours on end… She’s also now in hospital for five days at a time with her chemo instead of the original three with the weaker dose.”

The road ahead is uncertain for little Hallie, but it’s clear she has a loving, supportive family by her side. If you’d like to make a donation to help the family during their time of need, visit this GoFundMe page.

Neuroblastoma is a type of cancer that starts in certain very early forms of nerve cells, most often found in an embryo or fetus. In fact, neuroblastoma is “by far the most common cancer in infants (younger than 1 year old)” with about 700 to 800 new cases each year in the United States.

Symptoms of this type of cancer vary since neuroblastoma can start in different places in the body, and neuroblastoma cells can also sometimes release chemicals called hormones, which can affect other parts of the body.

According to the American Cancer Society, some of the more common symptoms can include:

Signs and symptoms might be different depending on where the tumor is, how large it is, how far it has spread and if the tumor makes hormones. It’s also important to note that many of these symptoms can be caused by things other than this cancer. Regardless, you should always investigate any changes to your child’s health.

Here at SurvivorNet, we always encourage people to advocate for themselves when it comes to cancer and, more generally, health care. When it comes to a child, the parent must become the advocate.

In a previous interview with SurvivorNet, April Knowles also talked about self advocacy and explained how she became a breast cancer advocate after her doctor dismissed the lump in her breast as a side effect of her menstrual period. Unfortunately, that dismissal was a mistake.

Figuring out whether or not you have – or your child has – cancer or a tumor based on possible symptoms is critical because early detection may help with treatment and outcomes. Seeking multiple opinions is one way make sure you are or your child is getting the proper care and attention. You should also try to remember that not all doctors are in agreement. Recommendations for further testing or treatment options can vary, and sometimes it’s essential to talk with multiple medical professionals.

NOW
PLAYING
Dancing With Stars Samantha Harris, 49, Says Breast Cancer Was Misdiagnosed-- Lump Initially Dismissed As Nothing
NOW
PLAYING
TV Anchor Jake Tapper's 15-Year-Old Daughter 'Almost Died' After Misdiagnosis, Urges Importance Of Being Your Own Advocate
NOW
PLAYING
Baby Formula Recall Leads To Cancer Diagnosis For Tiny Girl – The Blessing in Disguise
NOW
PLAYING
Medical Student, 26, Thought He Had A Pulled Muscle. It Turned Out To Be Testicular Cancer.
NOW
PLAYING
35-Year-Old Dismissed Dry Skin & Brittle Hair As Stress Until Her Husband Urged Her To Get Checked: It Was Thyroid Cancer
NOW
PLAYING
For Healthy Skin Month, Take Advice From Ariana Madix, a Melanoma Survivor, and Speak Up About Concerns