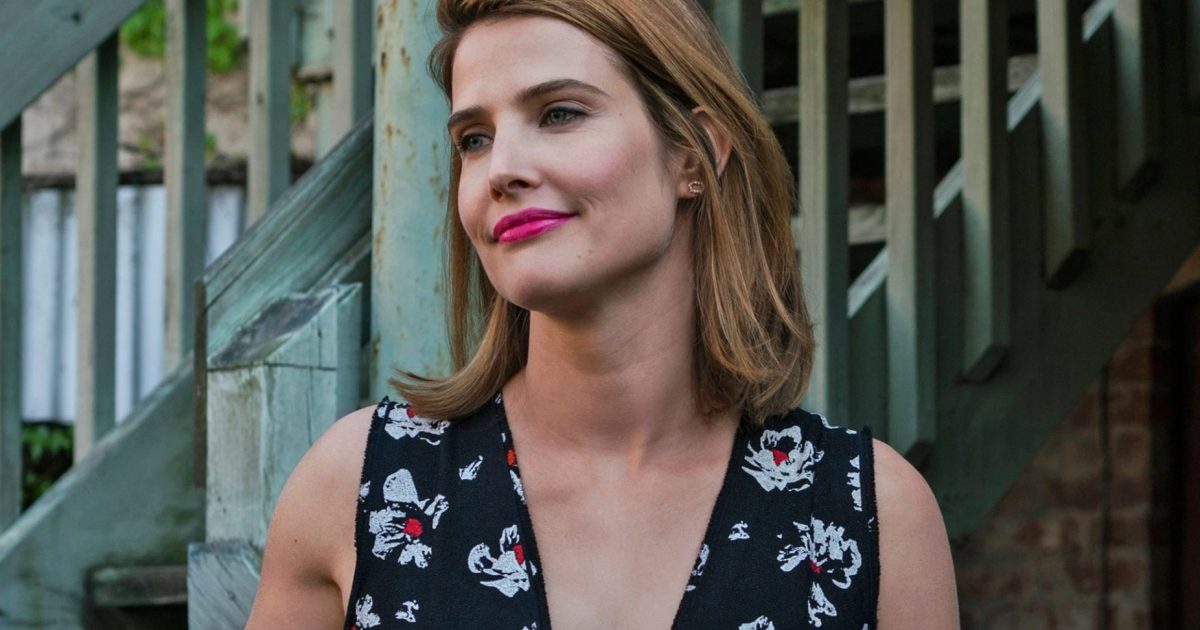 Know the Signs of Ovarian Cancer

Cobie Smulders, 40, didn’t let a cancer battle stop her from pursuing an acting career. And with her new Marvel series coming out next year, fans can rest assured they’ll see more of her yet.

Smulders, who perviously played Robin Scherbatsky in the CBS sitcom “How I Met Your Mother,” has portrayed the highly trained agent Maria Hill within the Marvel Cinematic Universe for the last ten years. And her character will return with the release of “Secret Invasion,” the studio’s next television series, in 2023.

Read More
In anticipation of its release, Smulder told fans the show would take a “very different tone” than her previous appearances for Marvel have allowed. She also said the series gave her the opportunity to show “the most depth” of her character yet. “[It’s] really unsettling,” she said. “It’s a really fascinating concept, and I think that the way that they portray it and the twist and turns that they take people on is going to be really worth it and really exciting.”

Smulders, of course, can’t reveal any specifics. But she did say the show gives more backstories for both her character and Nick Fury’s character played by Samuel L. Jackson. We’ll even get down to the nitty gritty of their minds and see “the conversations when they are just sitting around and drinking coffee.”

Cobie Smulders was just 25 years old when she received her ovarian cancer diagnosis. Immediately, her mind went to the possibility of fertility complications.

“It was a mess,” she previously told PEOPLE. “I think it was messy mostly because I had a great fear of not being able to have kids.

“I’ve always been very maternal, I’ve always loved children and I’ve always wanted one of my own, and so having that not being option, especially at such a young age — kids were very much not on my mind at 25, but I still wanted them one day — it was really hard and it was a really depressing thing to go through.”

Smulders had tumors on both of her ovaries, and the cancer also spread to her lymph nodes and surrounding tissue. Thankfully, a “great” oncologist led her down a successful treatment path, but it took multiple surgeries over two years to rid her body of the cancer.

She was only left with a third of her ovaries after all was said and done. Even still, that “very small but mighty” part left behind allowed her to give birth to her two children.

“I think that going through (cancer) has made me a better person, a better mother, certainly able to tap into things in terms of creating characters,” Smulders told USA TODAY. “But I think the general overall gift, if cancer can give you a gift, is being grateful for being here.”

Ovarian cancer is when the ovaries – which produce the sex hormone, estrogen, as well as eggs – become cancerous. Women have two ovaries, one on either side of the uterus.

Your risk for ovarian cancer may be increased if you have gone through menopause, have a gene mutation like BRCA1 or BRCA2, are obese or overweight, had your first pregnancy after age 35 or never carried a pregnancy to full-term, have a family history of cancer or used hormone replacement therapy. You should talk with your doctor about your potential risk for the disease.

Ovarian cancer is known as the cancer that whispers because symptoms are vague and sometimes similar to regular menstrual cycle fluctuations. Dr. Beth Karlan, a gynecologic oncologist with UCLA Health, says that ovarian cancer can be difficult to recognize with its subtle symptoms.

Ovarian Cancer: The Cancer that Whispers

“Ovarian cancer does not have any specific symptoms,” Karlan said in an earlier interview with SurvivorNet. “It’s often referred to as the cancer that whispers in that it has symptoms that are really very vague… and nothing that may bring your attention directly to the ovaries.”

But Dr. Karlan still wants women to keep an eye out for a variety of possible symptoms.

“The symptoms include things like feeling full earlier than you usually would when your appetite is strong… Feeling bloated,” she added. “Some changes in your bowel habits. Some pain in the pelvis. These are symptoms women may have every month. These are not very specific. But what we’ve found from multiple studies, it’s this constellation of symptoms.”

RELATED: Annual Ovarian Cancer Screenings Do Not Save Lives, Study Suggests; Women Should Listen for Signs of the ‘Cancer that Whispers’

“We must remember that prevention is key and advocate for all women to discuss their family history and individual risk factors with their doctors and ask whether there are risk-reducing options available to them,” Dr. Wethington wrote.

Our advice to readers: See your doctor if you feel like something is off. Given that ovarian cancer can have no symptoms or a myriad of symptoms that you might easily brush off as nothing, it’s important to always seek medical attention when your gut is telling you something might be wrong. That doesn’t mean we should assume the worst every time we feel bloated or have a change in appetite, but it does mean that we should always try to listen to the signs our body is giving us.