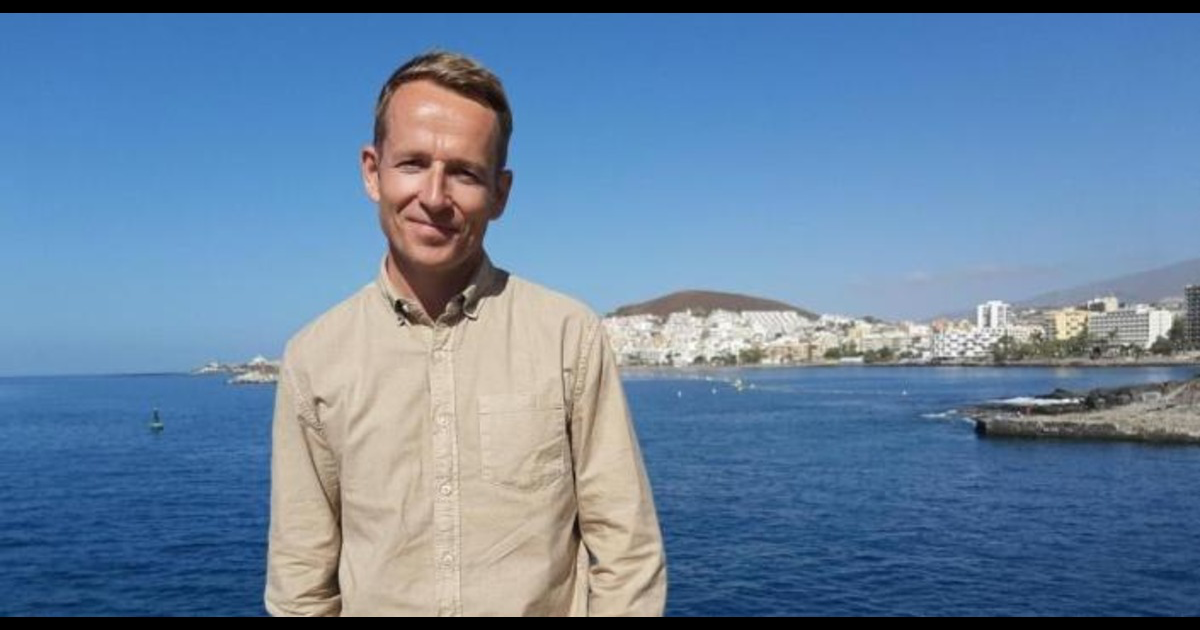 The ups and downs for people in the throes of cancer are extraordinary. TV host Jonnie Irwin, 49, is keeping his followers updated on all that is happening to him as he navigates a devastating lung cancer diagnosis.

“After a torrid night in pain I dosed up on PK’s [pain killers] and was able to enjoy the beautiful Lakes via E-mtb [electric mountain bike]. I’ll probably pay for it later but grateful for the window, the company and the weather,” said Irwin in an Instagram post.

Read More
Irwin, host of BBC’s “Escape to the Country,” recently shared that he has lung cancer that has spread, or metastasized to his brain. His first warning sign came when his vision went blurry while driving in August 2020 during a filming trip. “Within a week of flying back from filming, I was being given six months to live,” he previously said. “I had to go home and tell my wife, who was looking after our babies, that she was on her own pretty much. That was devastating. All I could do was apologize to her. I felt so responsible.”

His wife Jessica is 40 years old, and the couple shares their 3-year-old son Rex and 2-year-old twins Rafa and Cormac. And though drugs have been prolonging his life, Irwin’s future remains uncertain. He’s trying his best to spend precious time with his family and not let his disease ruin whatever time he has with them.

“I don’t know how long I have left, but I try to stay positive and my attitude is that I’m living with cancer, not dying from it,” he said. “I set little markers – things I want to be around for. I got into the habit of saying: ‘Don’t plan ahead because I might not be well enough.’ But now I want to make plans.

“I want to make memories and capture these moments with my family because the reality is, my boys are going to grow up not knowing their dad and that breaks my heart.”

Regardless of the harrowing path ahead, Irwin is determined to put up a fight.

“One day, this is going to catch up with me,” he said. “But I’m doing everything I can to hold that day off for as long as possible. I owe that to Jess and our boys. Some people in my position have bucket lists, but I just want us to do as much as we can as a family.”

The National Cancer Institute (NCI) defines palliative care as “an approach to care that addresses the person as a whole, not just their disease.” It’s a type of care that’s meant to address the symptoms and side effects that your cancer or its treatment may cause, ranging from psychological experiences like stress and fear to physical experiences like pain and discomfort.

Related: It’s Time We Cleared Up Some Misconceptions About Palliative Care

Dr. Elizabeth Kvale, the director of the Supportive Care and Survivorship Program and medical director of the cancer treatment program at LIVESTRONG Cancer Institutes at UT Health Austin, expanded on this topic with SurvivorNet.

Related: Palliative Cancer Care is Different for Everyone

How often a patient meets with their palliative care team will vary depending on their unique needs. Some patients might meet with a palliative care specialist every week to manage side effects. Others might meet every month or every couple of months, continuing even after treatment has ended.

Palliative care teams can help to address not only their physical side effects, but also the emotional and financial impacts of a cancer diagnosis. “The sooner patients with serious cancer get palliative care, the better,” Dr. Kvale expressed.

With Palliative Cancer Care, The Sooner the Better

An initial symptom of lung cancer, for example, could be as serious as a seizure if the lung cancer has already spread to the brain. But other symptoms can include increased coughing, chest pain, unexplained weight loss, shortness of breath, wheezing, losing your voice or persistent infections like bronchitis or pneumonia.

Immunotherapy and Targeted Therapy for Lung Cancer: What Is It?

Declining smoking rates have lead to an improved outlook for lung cancer. This is because cigarette smoking is the number one risk factor for the disease and people who smoke cigarettes are 15 to 30 times more likely to get lung cancer or die from the disease than people who don’t smoke. In fact, the Centers for Disease Control & Prevention states that cigarette smoking is linked to about 80 to 90 percent of lung cancer deaths.

A somewhat new pain treatment option is cannabis. Cancer patients all around the world talk about how beneficial cannabis is as an option for their treatment. Many of our doctors recognize the potential benefits of cannabis as a part of integrative therapy, but it’s important to note, not as a cure in itself.

“Integrative therapy is when patients come to see me when they want to add alternative or complementary therapies to their conventional treatments,” says Dr. Junella Chin, an integrative cannabis specialist.

Marijuana can be a helpful tool in combating the negative side effects of both cancer and chemotherapy. It can help with nausea, loss of appetite, pain and depressed mood or anxiety.

“Medical cannabis, if you think about it, it’s the only botanical medicine that can help nausea, increase appetite, decrease pain, and elevate mood,” Dr. Chin told SurvivorNet, in a previous interview. She noted that a lot of people who are undergoing chemotherapy as part of their cancer treatment live in a state where medical marijuana is available and are using it for relief.

Some doctors will prescribe a generic version of marijuana, called Marinol, to treat these side effects. But Dr. Chin would rather use the real thing to help her patients. “That is much more effective in increasing appetite and decreasing pain for my cancer patients,” she said.

It is unfortunate, but the results of the recent poll is not all that surprising. We’ve heard many women talk about how their health concerns were not taken seriously prior to a very serious diagnosis.

Lung cancer is the second most common form of cancer, and the leading cause of cancer deaths in both men and women in the United States. Smoking is, of course, the primary cause of lung cancer, but non-smokers can, and do, develop this disease. The good news is that if you quit smoking, your risk for lung cancer decreases. There are several surgeries for lung cancer, and the decision about which is best is based on the location of your cancer, its size and whether it has spread.
NOW
PLAYING
Living With Multiple Sclerosis, TV Host Montel WillIams, 66, Embraces Cannabis For Symptom Relief-- The Real Data To Support This
NOW
PLAYING
Deep Concern For Famous TV Host, 49, Trying To 'Starve' His Cancer-- The Tragic Dangers of Unproven Treatments
NOW
PLAYING
Michael Bublé, 47, Says Tiny Son's 'Unthinkable' Battle Against Liver Cancer 'Changed How I Saw Life'
NOW
PLAYING
'The Old Man' Star Jeff Bridges, 73, Was Fighting For His Life Through Cancer And Covid Says Co-Star, Being With Him Changed My Life
NOW
PLAYING
Outpouring of Support For 'Lord of The Dance' Star Michael Flatley, 64, Just Diagnosed With 'Aggressive' Cancer
NOW
PLAYING
Battling MS, Christina Applegate, 51, Says She Uses Humor So People Are Not Uncomfortable Around Her