Roofer Dad Falls And Breaks His Neck And During Surgery Doctors Notice Strange ‘White Flecks:’ It Turned Out To Be Cancer 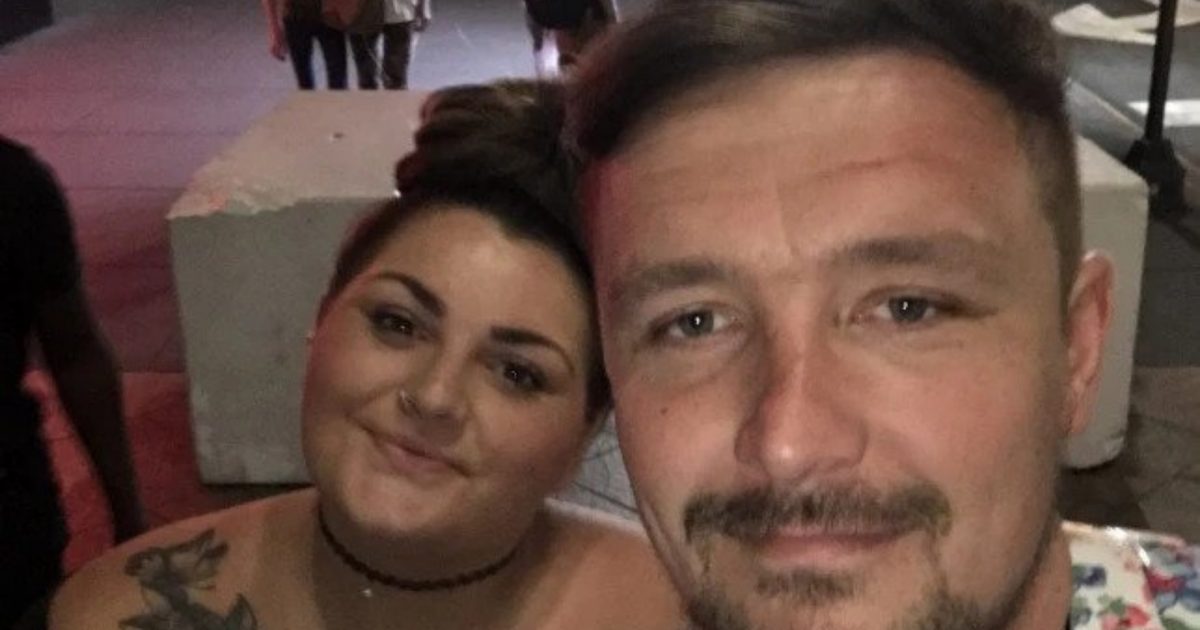 An accidental fall at a kids entertainment center led a father to find out he had lung cancer.

In an essay written for Metro, Liam Bradley recounted how he had a nasty fall from a three-story building in September 2015 while at work as a roofer. That fall had ended with a broken neck, hip, ribs and elbow. So it was understandable that when he fell again, this time at a soft play, in November 2016, he took his health seriously and went to go get checked out.

Read More
The good news was, his neck was okay. But doctors said his right lung had collapsed. While they were able to temporarily fix the lung, surgery was booked for a more permanent solution in February 2017. It was during that operation that doctors found something unexpected: suspicious white flecks in Bradley’s lungs. When results from a biopsy came back, it showed that Bradley had asbestos-related cancer.

“As soon as I was told, I knew exactly where it was from,” wrote Bradley. “Back in 2006, I’d worked on a newbuild property but we’d had to join the roof to an older factory next door. And when we’d stopped for lunch, the site manager had asked us all to wash our hands because there was evidence of asbestos. I remembered then feeling uneasy. We didn’t have dust masks or any other asbestos-related health and safety.”

Asbestos is a known carcinogen. It was widely used in commercial products in the U.S. until the 1970s, when reports linked it to cancers like mesothelioma.

However, some cases of lung cancer can be linked to other causes, including exposure to carcinogens like asbestos.

“Some lung cancers are from unknown exposure to air pollution, radon or asbestos,” Dr. Raja Flores, system chair of thoracic surgery at Mount Sinai, previously told SurvivorNet. “We also see more never-smokers with lung cancer who have a family history of it.”

Asbestos Causes Cancer, But Now the Government is Opening the Door to its Comeback

The news was devastating for Bradley and his partner, Bryony. The pair had a two-year-old daughter, Nevaeh.

“I couldn’t bear the thought of leaving her, of her growing up without a daddy,” said Bradley.

“I didn’t feel ill at all, yet suddenly I’d been given a life-limiting diagnosis,” he wrote. “I didn’t want to know a prognosis – to me, they were just a doctor’s best guess and I didn’t want that hanging over me.”

But it was words from his father-in-law that changed how he saw his situation.

“We’re all in the queue, Liam. You just know a bit more about yourself now.”

“Those words changed my outlook,” said Bradley. “I started to believe I’d fallen off that roof in order to save my life. If I hadn’t gone to hospital that day, I’d never have known about the cancer lurking inside me until it was too late.”

He started treatment, including medications and four months of chemotherapy. Tests showed the cancer, while not shrinking, wasn’t growing. Bradley, Bryony and Nevaeh took a vacation to Miami, Jamaica and New York, where the couple got married in Central Park.

Still, the cancer lurked in the back of his mind. But continued tests showing the cancer remained stable helped Bradley adjust to his new life. He also initiated a lawsuit against his former employer, where he had worked when he was exposed to asbestos.

“Obviously, no amount of money can compensate for my health and I’d pay it all back – and far, far more – if it meant being cancer-free, but at least now I know that my family have a home for when I’m no longer here. It gives us all a sense of security,” said Bradley. “I don’t feel angry about what happened. What would be the point? It wouldn’t change anything.

“Instead, I wake up every day feeling positive. Bryony and I have had another two daughters, Harper, now three, and Piper, five months and I absolutely love being outnumbered by my girls.”

“Whatever happens in the future, this cancer won’t beat me. Yes, in hopefully many years to come, it probably will end up taking my life, but I can’t control that. What I can control is the time I have now and making the most of it.”

Lung cancer is the second most common form of cancer, and the leading cause of cancer deaths in both men and women in the United States. Smoking is, of course, the primary cause of lung cancer, but non-smokers can, and do, develop this disease. The good news is that if you quit smoking, your risk for lung cancer decreases. There are several surgeries for lung cancer, and the decision about which is best is based on the location of your cancer, its size and whether it has spread.
NOW
PLAYING
49-Year-Old Dad Told His Dizziness And Vomiting Was The Result Of An Insect Bite. A Later Scan Revealed A Brain Tumor
NOW
PLAYING
Saving Lives Urgently, The Major Cancer Advances Of The Year - What's Next For 2023?
NOW
PLAYING
TV Anchor Jake Tapper's 15-Year-Old Daughter 'Almost Died' After Misdiagnosis, Urges Importance Of Being Your Own Advocate
NOW
PLAYING
59-Year-Old Woman's Unexplained Weight Loss Turned Out To Be Lung Cancer But She Never Smoked
NOW
PLAYING
Doctors Said 20-Year-Old's Itchy Skin Was Scabies. Turned Out To Be Lymphoma. Follow Your Instincts.
NOW
PLAYING
Miracle Recovery: Texas Woman, 61, Diagnosed And ‘Cured’ of Lung Cancer In One Day