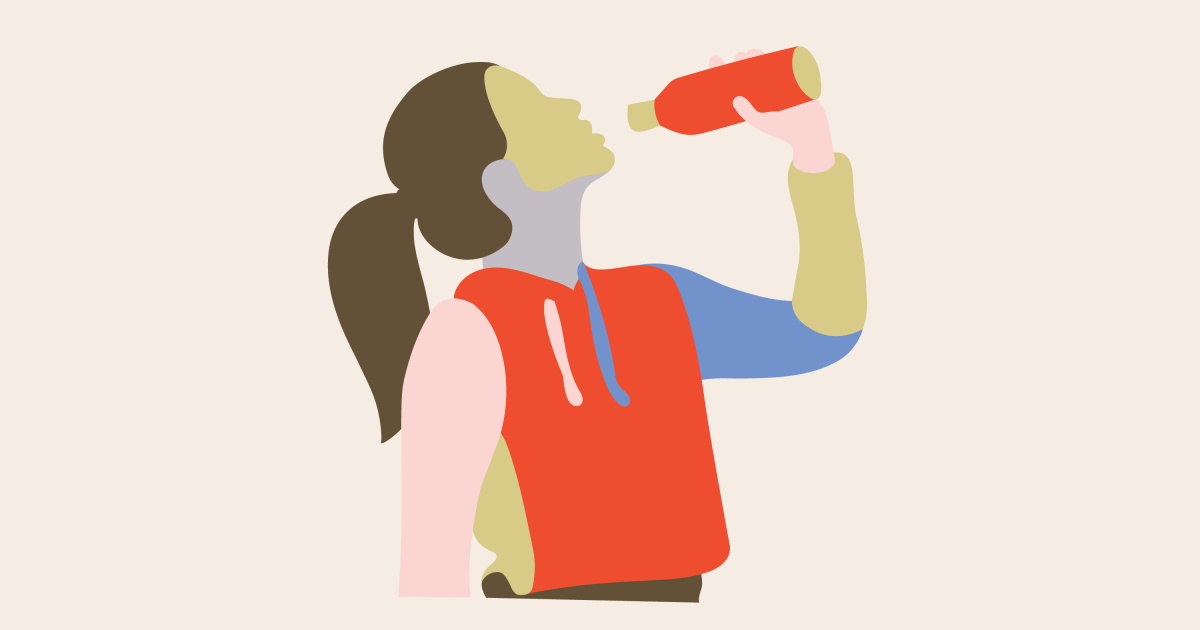 Should You Seek Zejula As A Treatment Option?

If you were recently diagnosed with advanced ovarian cancer and already responded to first-line chemotherapy, the drug Zejula (also known as niraparib) might be an option for you.

First-line treatment or first-line therapy refers to the initial treatment. This treatment is usually what worked best in clinical trials for people with the same type and stage of cancer. After initial chemotherapy, studies now suggest that PARP inhibitors (such as Zejula) make sense for almost every ovarian cancer patient as a strategy to help reduce the risk of recurrence. So there’s a lot of excitement about the use of these drugs as a maintenance therapy to stave off the disease. Maintenance therapy is a type of treatment that is given after chemotherapy and/or surgery to try to keep the cancer from returning.

Read More
“In patients with advanced cancer, even after optimal tumor reduction through surgery and initial chemotherapy, there’s a 50 to 60 percent chance of cancer coming back at some point,” says Dr. Lynn Parker, a gynecologic oncologist at the Norton Cancer Institute in Louisville Kentucky to SurvivorNet. “There’s excitement about PARP inhibitors because it appears that these drugs can reduce the risk of the cancer recurring again in the future.”

What Are PARP Inhibitors?

PARP stands for poly (ADP-ribose) polymerase, and these drugs are relatively new to cancer care. These medications are taken orally and work by preventing cancer cells from being able to repair DNA damage, which then leads to cell death. Experts tell SurvivorNet that every woman with ovarian cancer should get a genetic test to determine if they have a mutation called BRCA, because the mutation enables PARP inhibitors to function much more powerfully. Importantly, there is increasing data that even women without BRCA mutations can still derive some benefit from these drugs.

Dr. Dana Chase, a gynecologic oncologist at Arizona Oncology, tells SurvivorNet that PARP inhibitor maintenance therapy is highly effective and can even impact survival in a very positive way, specially for BRCA mutated patients: “for those patients [BRCA mutated], for sure, I strongly believe they should be on a PARP inhibitor”.

BRCA is an acronym for BReast CAncer, meaning that women’s chances of developing breast cancer are increased if they have BRCA mutation. But it can also include increased risk for other cancers like ovarian cancer or pancreatic cancer. These genes help cells repair their DNA damage. Having a change, or mutation, in one of these genes increases a woman’s risk of getting ovarian cancer. These gene mutations are commonly passed down in families; if a parent carries a BRCA gene mutation, there’s a 50-50 chance you could be carrying it too.

There’s another class of patients that don’t have the BRCA gene. It’s called homologous recombination deficiency, or HRD. HRD tumors are tumors in which the cancer cells are less efficient at repairing DNA. Similar to patients with the BRCA gene mutations, someone with HRD positive testing is more likely to respond to a PARP inhibitor drug.

Novel analysis on the phase III PRIME study as maintenance therapy are going to be released at the upcoming 2022 International Gynecologic Cancer Society (ICGS) Annual Meeting. A phase III trial is one of the highest levels of evidence used to judge the efficacy of a treatment, prior to its formal approval by the FDA for use within the community. A phase III trial compares new treatments with the best currently available treatment (the standard treatment). They aim to find out: which treatment works better for a particular type of cancer, more about the side effects and how the treatment affects people’s quality of life

The study enrolled 384 advanced ovarian cancer patients who were in a complete or partial response to platinum-based chemotherapy and who were randomized 2:1 to receive Zejula or placebo as maintenance therapy.

This new analysis was conducted using data that was already collected (post-hoc analyses). They aimed to compare the efficacy and safety of Zejula maintenance therapy initiated after different intervals upon completion of first-line chemotherapy. The results were the following:

This subgroup analysis provides evidence to support the initiation of Zejula maintenance treatment in patients with newly diagnosed advanced ovarian cancer within 12 weeks after chemotherapy completion, without significant impact on safety profile.

“I think this abstract is important and reminds us to start therapy earlier if possible as it may be associated with better outcomes.” Dr. Ritu Salani, director of the Division of Gynecologic Oncology at UCLA, told SurvivorNet. “The study allowed for up to 12 weeks but it seems like starting within 9 weeks, patients did better but still had benefit over placebo if they started after 9 weeks. I don’t think this is practice changing but may be practice influencing.”

Should PARP Inhibitors Be Prescribed to Everyone?

If your doctor does not bring up PARP inhibitors early-on during the course of your treatment, you should absolutely ask! Having this conversation could be vital to your long-term and progression-free survival.

With the promising outcomes for those treated with PARP inhibitors, doctors are recognizing a huge curative potential for these new drugs.

“The moral of the story is: use PARP inhibitor sooner rather than later. If you’re eligible for PARP inhibitor use you should ask about it, right away, instead of waiting until your third, or fourth line chemotherapy.” says Dr. Chase.

Education and transparent provider-patient discussions about PARP-inhibitor eligibility, as well as the side effects and high prices associated with these drugs, can make a dramatic difference in treatment results. No two cancers are the same, and every patient has a different level of tolerance for side effects and financial burdens. So, although PARP inhibitors are giving many women with ovarian cancer a tremendous amount of hope, they shouldn’t be universally prescribed.

First-line therapy (i.e. the initial treatment) for ovarian cancer usually involves a combination of surgery and chemotherapy (platinum and paclitaxel are the two key drugs that have now been in standard use for over 20 years). Maintenance therapy is given after the patient completed the first-line therapy, to decrease the chance that the cancer will come back, or to delay the cancer from coming back.

Zejula is an essencial part of the maintenance treatment. However, its manufacture (GlaxoSmithKline) recently informed that was going to withdrawn Zejula’s indication for the treatment of adult patients with advanced ovarian cancer who have been treated with 3 or more prior chemotherapy regimens and whose cancer is associated with homologous recombination deficiency (HRD) positive status.

It’s important to note that this change does not apply to any other Zejula’s indications. That means that the drug can and should be used for the maintenance treatment of advanced epithelial ovarian cancer who are in a complete or partial response to first-line platinum-based chemotherapy.

PARP Inhibitor Side Effects: What To Expect

Any medication you take to manage your cancer has pros and cons. The pros are that the drug keeps your cancer at bay. The cons are its potential side effects. Because PARP inhibitors are a type of chemotherapy, they can damage healthy cells along with cancer cells.

Which side effects you end up having can vary, based on the drug you take. “Some cause a little more nausea, or affect bone marrow a little more,” says Dr. Michael Ulm, a gynecologic oncologist at West Cancer Center in Memphis, Tennessee. Fatigue is one of the most common side effects, affecting more than half of people who take these drugs.

These are some other side effects people who take PARP inhibitor drugs may experience:

Side effects are usually worst at the beginning of treatment, but they should gradually improve the longer you’re on the medication. “I generally tell my patients the first month on maintenance therapy can be a little rocky,” Dr. Ulm says. “You’re still trying to adjust the dose and figure out the right dose for the patient.”

After the first month or two, you should level out and start to feel more comfortable on the medicine, he says. But if you do have any problems from your PARP inhibitor, reach out to your doctor for guidance. Chances are, your medical team can adjust the dose or prescribe medicines to manage your side effects.

Genetic Testing Can Offer Valuable Information about Ovarian Cancer Risk Famed War Reporter Christiane Amanpour, 64, Shines During Ukraine Crisis, Even As She Bravely Fights Her Own War With Ovarian Cancer ‘Just Lose Some Weight’: Doctors Dismissed Concerns of ‘Tired, Bloated’ Woman… It Turned Out She Had Ovarian Cancer

Maintenance: Therapy After the First Round of Treatment

Ovarian Cancer - How You'll Be Monitored

Maintenance: Therapy After the First Round of Treatment

PARP Inhibitors: Leading Experts Say The Fatigue You Get From Therapy is Often Worth The Benefit

PARP Inhibitors: Leading Experts Say The Fatigue You Get From Therapy is Often Worth The Benefit

Maintenance: Deciding Whether PARP Inhibitors Are For You

Differences Between Types of PARP Inhibitors

Maintenance: Deciding Whether PARP Inhibitors Are For You

A Targeted Ovarian Cancer Treatment-- The Role of Avastin (Bevacizumab)

Should Your Treatment Also Include Bevacizumab, A Drug To Reduce Tumor Blood Flow?