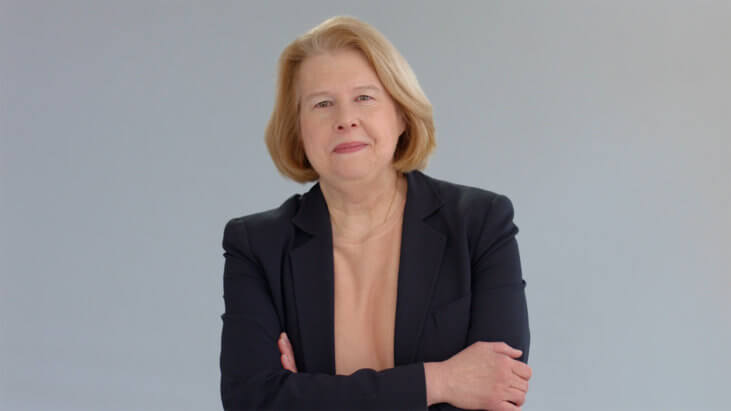 Dr. Ursula Matulonis is a world renowned clinician and researcher in ovarian cancer. She is the Chief of the Division of Gynecologic Oncology at the Susan F. Smith Center for Women’s Cancers at the Dana-Farber Cancer Institute. She is also a Professor of Medicine at Harvard Medical School. Her research focuses on targeted therapies for gynecologic malignancies, with a specific interest in the genetic changes in ovarian cancer and how they can lead to rational targeted drug selection.

She also serves on the National Comprehensive Cancer Network Ovarian Cancer Recommendation and Guideline Committee for both ovarian cancer and for the treatment of anemia and the Gynecologic Oncology Group Quality of Life Committee, and is a member of The Cancer Genome Atlas Project (TCGA) Endometrial Analysis Working Group. Dr. Matulonis is Medical Director and Board Member for the non-profit organization Ovations for the Cure. She is a recipient of the Dennis Thompson Compassionate Care Scholar award, the Lee Nadler “Extra Mile” Award, and was named one of Boston’s Best Physicians in Medical Oncology by Boston Magazine numerous times. She serves on the editorial board of the Journal of Clinical Oncology.

Why Every Woman With Ovarian Cancer Should Get Genetic Testing

Costs and Barriers to Getting PARP Inhibitors