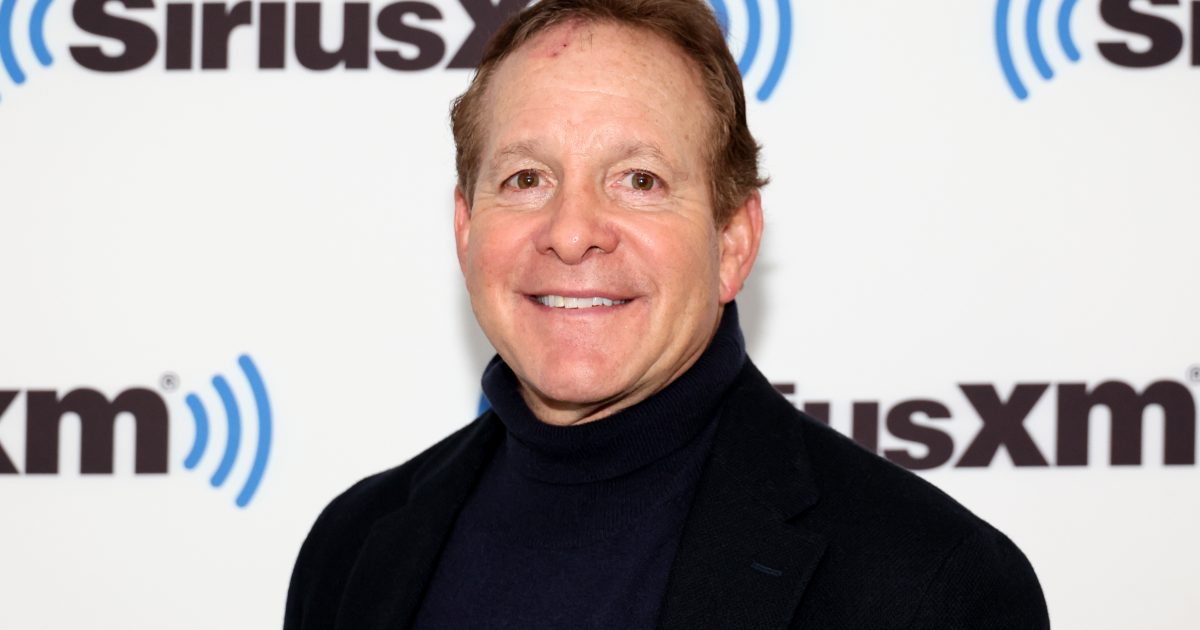 Caregivers: The Most Important Job In The Universe

Caregiving was an act of love for Steve Guttenberg. And now the ’80s icon is opening up about taking care of his late father, Stanley Guttenberg, before he died last summer.

The 64-year-old actor who’s best known for his roles in Police Academy, Short Circuit, Cocoon and Three Men and a Baby didn’t think twice when he needed to step away from Hollywood to take care of his father. He was serving as a devoted caregiver over the past five years until Stanley passed away at age 89 on July 11, 2022. His health had been suffering for quite some time due to a kidney failure.

Read More
“He was an extraordinary guy,” Steve said of Stanley. “And we all took it pretty hard. “He was really the center. He really was the guy who you didn’t want to disappoint.” One of Stanley’s final requests was for his son to start working again – so, Steve has happily obliged. He’ll soon be performing alongside Cybill Shepherd, 72, for the upcoming Lifetime movie, How to Murder Your Husband: The Nancy Brophy Story. And his casting for the role seemed, to Steve, to be a gift from his father.

“I got on a plane on my dad’s birthday to go to Vancouver to shoot that movie, so I have to feel that he had a hand in that,” Steve said. “I was very lucky because I was the second lead, so I was able to get my skills back and started to remember what film acting is all about.”

RELATED: Mila Kunis Lay Curled Up By Husband Ashton Kutcher’s Side During His Harrowing Health Battle

Steve will also be doing an ensemble show based on his 2012 memoir entitled Tales from the Guttenberg Bible at the George Street Playhouse in New Brunswick, New Jersey, starting in April.

As if that weren’t enough, Steve is working on a heartfelt book currently titled Time to Think.

“It’s all the memories of my dad when he was young and fit and what he did for me,” Steve said. “My dad would pick me up when I was a little kid and hold me. And then when my dad got ill, I would pick him up and hold him.

“My dad would help me put my pajamas on when I was a kid. And when I was older, I helped my dad put the pajamas on.”

How to Be a Better Caregiver for Your Loved One

It’s Steve’s hope that his writing can help other caregivers as they take on such a crucial and difficult role for the ones they love.

“So, I wrote this book, and it’s for the caregivers,” he said. “You know, in this country, there are 35 million who take care of their parents. They’re an unsung group because they’re never together. You’re always separate. There are blogs to sort of connect, but that’s it.

“So, when you’re a caregiver, it’s very lonely. So, I wrote a book for all the caregivers in this country. I think that’s going to be powerful.”

Being a caregiver is not easy. Sometimes the dynamic of a relationship can change when a partner fills that role, but it’s important to acknowledge the complexities of that role and do what you can – as the person needing care or the caregiver – to communicate needs on both ends.

RELATED: How to Be a Better Caregiver for Your Loved One

“Caregiving is the most important job in the universe, because you are there through the highs and lows,” Julie Bulger, manager of patient and family-centered care at Vanderbilt-Ingram Cancer Center in Nashville, TN, tells SurvivorNet. “You are there to support your loved one, to manage all of the daily tasks as everything is changing in your life.”

Bulger’s advice is to try to prevent or reduce the risk of caregiver burnout, or the stress, anger, fatigue and illness that can result from putting another person’s needs above your own.

“It is important to have some things that you can do outside of the focus of caring for somebody that you love with cancer,” she said.

According to Bulger, doing so can look as simple as taking a walk or getting a massage, but it can also mean visiting a support group for cancer caregivers and/or seeing a therapist if you’re struggling to cope with all of the weighty responsibilities. Regardless of how you chose to prioritize your own health, it’s important to understand that research shows that caregivers who take good care of themselves provide the best quality of care. So, by taking care of yourself, you are “helping your loved one in more ways than you know.”

“There’s so much evidence that outcomes are better when somebody has an incredible caregiver by their side,” Bulger said.

Jesus Trejo’s profession doesn’t revolve around caregiving, but he most certainly knows what it means to be a cancer caregiver. And, in the true spirit of his job as a stand-up comedian in Long Beach, California, his advice for caregivers is simple: laugh often.

Trejo became a caregiver for both of his parents after his mother was diagnosed with a cancerous brain tumor and his father was later faced with colon cancer. But instead of panicking and focusing on the devastating nature of the situation, the only child stepped up to care for his parents with love – and laughter. In a previous interview with SurvivorNet, Trejo explained how he put his career aside to care for his parents in their time of need while remaining positive and making time to smile along the way.

“The only advice I have for anyone watching this is laugh —  and laugh often, laugh at yourself,” Trejo told SurvivorNet. “Don’t take yourself seriously. Things are already bad. Because once you do that, it’s a game-changer.”

He also says the laughter itself might be brief, but “the effects of it just reverberate through your body, and can change an already bad situation into a better one.”