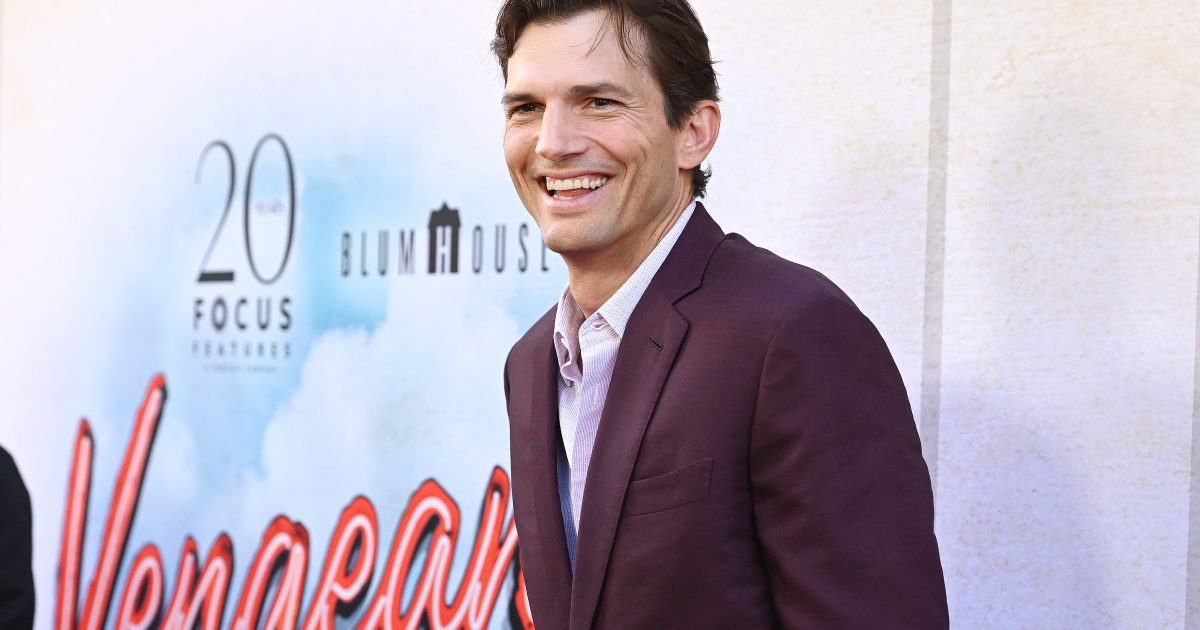 Feeling Supported during a Health Battle

Having a supportive partner to share the burden of a health battle with can make a world of difference – something Ashton Kutcher, 44, knows all too well.

Kutcher’s life turned upside down when he faced a terrifying battle with a rare disease called vasculitis in 2019. But in a recent conversation with Dr. David Agus on the Paramount+ series “The Checkup with Dr. David Agus,” the successful actor and venture capitalist talked about how far he has come since.

Read More
RELATED: Overcoming A Debilitating Rare Disease, Ashton Kutcher, 44, Just Ran The NYC Marathon: ‘Lucky To Be Alive’ Dr. David Agus, who actually is Kutcher’s doctor, began the conversation by sharing his amazement at how far Kutcher had come.

“From a physician, from a doctor, to be able to see you today compared to what it was back in November 2019,” Dr. Agus told Kutcher. “You are back as good as ever with every function from this which is an amazing optimistic way of looking at things for everybody who goes through an autoimmune disease is that there’s light at the end of the tunnel.”

While commending Kutcher on his recovery, Dr. Agus also made sure to give credit to Kutcher’s wife, Mila Kunis, 39, for helping him through the toughest of times.

“I will say your wife was amazing,” Dr. Agus said. “Just curled up there by your side, it was a beautiful thing to watch.”

Kutcer’s reply was simple but clearly heartfelt: “She’s the best.”

Over the summer, we found out that Ashton Kutcher, 44, was “lucky to be alive” after dealing with with a “super rare form of a disease called vasculitis” just a couple years prior.. And after his recent crossing of the New York Marathon finish line, it’s nice to see how well he’s doing now.

Kutcher made the revelation about dealing with vasculitis after an episode of National Geographic’s “Running Wild with Bear Grylls: The Challenge.”

Vasculitis, according to the Mayo Clinic, involves inflammation of the blood vessels which can cause the walls of the blood vessels to thicken. This, in turn, reduces the width of the passageway through the vessel, and can lead to organ and tissue damage if blood flow is restricted. There are many different types of vasculitis, most of them being rare, but it’s unclear exactly which type Kutcher battled.

Looking back on his struggles, the “That ’70s Show” actor shared how easy it was to take his body’s functionalities for granted.

Shennea Dixon Was Diagnosed With A Rare Disease Called VHL As A Teen. Here’s The Inspiring Story Of How She Found Strength In Adversity

Feeling “lucky to be alive,” Kutcher has not wasted any time getting busy again and pushing his body to its limits. In fact, he recently completed the 2022 TCS New York City Marathon as a fundraising effort for his foundation Thorn – an organization that houses “the first engineering and data science team focused solely on developing new technologies to combat online child sexual abuse.”

When all was said and done, he finished the marathon with a time of 3:54:01 placing 8,139th out of 47,743 runners and raised more than $1 million dollars, according to his fundraising page. In a previous conversation with PEOPLE, he shared that his motivation came from one victim of child sex trafficking that Thorn has been trying to find over the last two years.

“I put that kid on the other side of the finish line,” Kutcher said. “I know she’s out there, and I want her to know that somebody’s coming for her.”

Having Support from a Partner during a Health Battle

It’s no secret that facing any sort of health battle can be extremely overwhelming. So, having physical and emotional support during your battle is crucial. That being said, it’s very important to know your limits on what you can handle – including relationships – as you undergo treatment and recover from your health issue.

“Going through [cancer] treatment is a very vulnerable and emotionally exhausting experience,” licensed clinical psychologist Dr. Marianna Strongin wrote in a column for SurvivorNet. “Noticing what you have strength for and what is feeling like too much… [is] extremely important to pay attention to as you navigate treatment.”

Dr. Strongin does note, however, that having people by your side during this “arduous chapter” of your life can be hugely beneficial.

“Studies have found consistently that loneliness is a significant risk factor for physical and mental illnesses and the trajectory of recovery,” she wrote. “Therefore, it will be important that you surround yourself with individuals who care and support you throughout your treatment.”

RELATED: Sex and Cancer: How to Communicate Your Desires & Fears and Create New Sexual Experiences

For actress and melanoma survivor Jill Kargman, cancer was a true test of the strength for her relationship. In an earlier interview with SurvivorNet, Kargman says the disease “is a great way to find out if you’re with the love of your life or a shithead.”

Jill Kargman on Relationships and Cancer

“I think it presses the fast forward button on getting to the bottom of that answer, because a lot of people in middle age are kind of at a crossroads, waiting for their kids to fly the coop,” Kargman said. “I think if you’re with someone who is not supportive and kind of emotionally checked out or doesn’t tell you you’re still beautiful with that, this might not be your person.”

Being a caregiver is not easy. Sometimes the dynamic of a relationship can change when a partner fills that role, but it’s important to acknowledge the complexities of that role and do what you can – as the person needing care or the caregiver – to communicate needs on both ends.

RELATED: How to Be a Better Caregiver for Your Loved One

“Caregiving is the most important job in the universe, because you are there through the highs and lows,” Julie Bulger, manager of patient and family-centered care at Vanderbilt-Ingram Cancer Center in Nashville, TN, tells SurvivorNet. “You are there to support your loved one, to manage all of the daily tasks as everything is changing in your life.”

Bulger’s advice is to try to prevent or reduce the risk of caregiver burnout, or the stress, anger, fatigue and illness that can result from putting another person’s needs above your own.

“It is important to have some things that you can do outside of the focus of caring for somebody that you love with cancer,” she said.

According to Bulger, doing so can look as simple as taking a walk or getting a massage, but it can also mean visiting a support group for cancer caregivers and/or seeing a therapist if you’re struggling to cope with all of the weighty responsibilities. Regardless of how you chose to prioritize your own health, it’s important to understand that research shows that caregivers who take good care of themselves provide the best quality of care. So, by taking care of yourself, you are “helping your loved one in more ways than you know.”

“There’s so much evidence that outcomes are better when somebody has an incredible caregiver by their side,” Bulger said.

Jesus Trejo’s profession doesn’t revolve around caregiving, but he most certainly knows what it means to be a cancer caregiver. And, in the true spirit of his job as a stand-up comedian in Long Beach, California, his advice for caregivers is simple: laugh often.

Trejo became a caregiver for both of his parents after his mother was diagnosed with a cancerous brain tumor and his father was later faced with colon cancer. But instead of panicking and focusing on the devastating nature of the situation, the only child stepped up to care for his parents with love – and laughter. In a previous interview with SurvivorNet, Trejo explained how he put his career aside to care for his parents in their time of need while remaining positive and making time to smile along the way.

“The only advice I have for anyone watching this is laugh —  and laugh often, laugh at yourself,” Trejo told SurvivorNet. “Don’t take yourself seriously. Things are already bad. Because once you do that, it’s a game-changer.”

He also says the laughter itself might be brief, but “the effects of it just reverberate through your body, and can change an already bad situation into a better one.”

Wife Wants to Divorce Husband, But He Has Cancer – What’s The Advice From ‘Dear Abby’?

I Couldn’t Walk, Says Ashton Kutcher, 44, as He Fights Back from Rare Disease Diagnosis