Pharmacist Mom Felt Something Stuck In Her Throat While Eating French Fries At Her Daughter’s Birthday Party: It Turned Out To Be Cancer

Leanne Molloy was told she was very unlikely ever to conceive again after cancer treatment but miraculously, she beat the odds and had a second child! 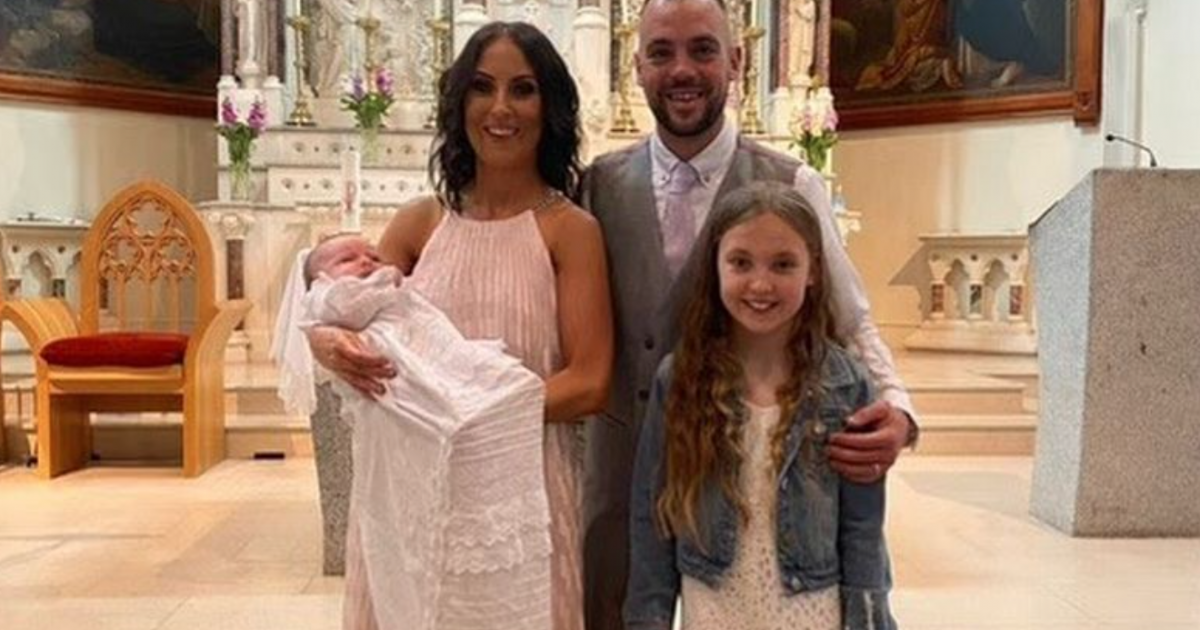 There is Hope After Cancer

Pharmacist Leanne Molloy was diagnosed with esophageal cancer in her 30s, and there was no time to freeze her eggs before starting treatment. The wife and mom was told she would have little chance of conceiving again, but then she proved everyone wrong and became pregnant with her second child amid her cancer treatment.

Leanne and her husband, Brian, welcomed baby Nova in April, and doctors say she is doing “brilliantly.”

Read More
On her oldest daughter Rhia’s birthday in November 2019, Leanne ate some french fries and felt something stuck in her throat. She kept feeling this same sensation. “There were things that I could eat with no difficulty, but other things would stick,” she told BelfastLive. “I learnt to jiggle my hands up and got my husband to look after our daughter so I could go out of the room and jiggle.” “Over time, after visiting the GP and doing some tests, the GP arranged for me to go to the hospital for an endoscopy test,” she recalled. “When they told me they’d found something, I was so relieved cos I knew there was something.”

However, the mother-of -one, at the time, didn’t know it would be cancer. “I was just numb,” she said of the shocking news.

Leanne went through the whirlwind process of tests and scans and treatment, but fortunately, she had her second baby girl as a light at the end of the tunnel.

Leanne now wants to give other cancer patients hope. She not only wants to show that having a natural pregnancy is possible after cancer treatment, but even more importantly, learning the symptoms can help people with an early diagnosis.

While working at the pharmacy, Leanne says they notice people coming in and buying heartburn and acid reflux medicine and she wants to monitor who is doing repeat purchases and potentially self-medicating and not going in for a proper diagnosis.

“If you have symptoms, get it checked out, don’t keep taking tablets if it’s persistent hiccups or burping. Go and see your doctor. That’s what the doctors are there for.”

The esophagus is a tube that goes from the throat to the stomach and plays an important role in your digestive system. When cancerous cells form inside the tissues of this organ, you have esophageal cancer.

Related: Why Are More Young People Getting Devastating Cancer of The Esophagus? Understanding the Disease and Trends in Diagnoses

Overall, this cancer is rare, often difficult to diagnose and more common in American men. Risk factors for esophageal cancer include smoking, alcohol consumption, acid reflux disease and obesity. However, the cause of most esophageal cancers is unknown.

In a previous conversation about treating esophageal cancer, Dr. Raja Flores, chair of thoracic surgery at Mount Sinai School of Medicine, told SurvivorNet the disease is often diagnosed in the later stages — meaning it has already spread to distant parts of the body.

“Of [all the cases diagnosed in the U.S. per year], only about 1,000 get surgery, because the majority of them are identified at such a late stage,” he said.

Dr. Brendon Stiles, chief of thoracic surgery at Montefiore Medical Center, previously shared his expertise on this disease with SurvivorNet.

“We know that esophageal cancer is a tough one, it’s one of the cancers with one of the lowest cure rates out there,” he said. “But like many cancers, if we find it early, we can often treat it effectively. Either with surgery, or surgery and chemotherapy – surgery, chemotherapy and radiation sometimes. My message to patients is the same as it is for most cancers, try to get diagnosed early.”

Esophageal Cancer: Signs to Look Out For

But why is it often diagnosed so late? One reason could be that its symptoms — weight loss, difficulty swallowing and heartburn — often mimic that of other diseases, according to Dr. Stiles. Things like heartburn are generally not cause for any serious concern, but it’s important to communicate any issues with your doctor. The more proactive you are about your health, the more likely you are to have an early diagnosis if something serious were to arise.

Preserving Fertility During Cancer Treatment: What Are the Options? Freezing Eggs Or Embryos: What Should I Do? Motherhood After Chemotherapy — Yes, It’s Possible; Here’s What You Should Know About Fertility Preservation
NOW
PLAYING
Mom & Nurse, 32, Thought Lump in Breast Was Clogged Milk Duct, But it Was Stage 2 Cancer
NOW
PLAYING
'Miracle Baby Girl' For 29-Year-Old Who Thought Motherhood Would Not Be Possible After Late Stage Cancer Fight
NOW
PLAYING
New Lifesaving Breast Cancer Drug – Access For A Few Hundred Women – When Will Many More Be Given What They Need To Prolong Life?
NOW
PLAYING
Remembering ‘Survivor’ Alum Sunday Burquest, Who Died From Advanced Esophageal and Ovarian Cancer At Age 50
NOW
PLAYING
35-Year-Old Dismissed Dry Skin & Brittle Hair As Stress Until Her Husband Urged Her To Get Checked: It Was Thyroid Cancer
NOW
PLAYING
For Healthy Skin Month, Take Advice From Ariana Madix, a Melanoma Survivor, and Speak Up About Concerns

Are you looking for other treatment options?
Right now there are ... esophageal cancer trials in the U.S. within 100 miles of