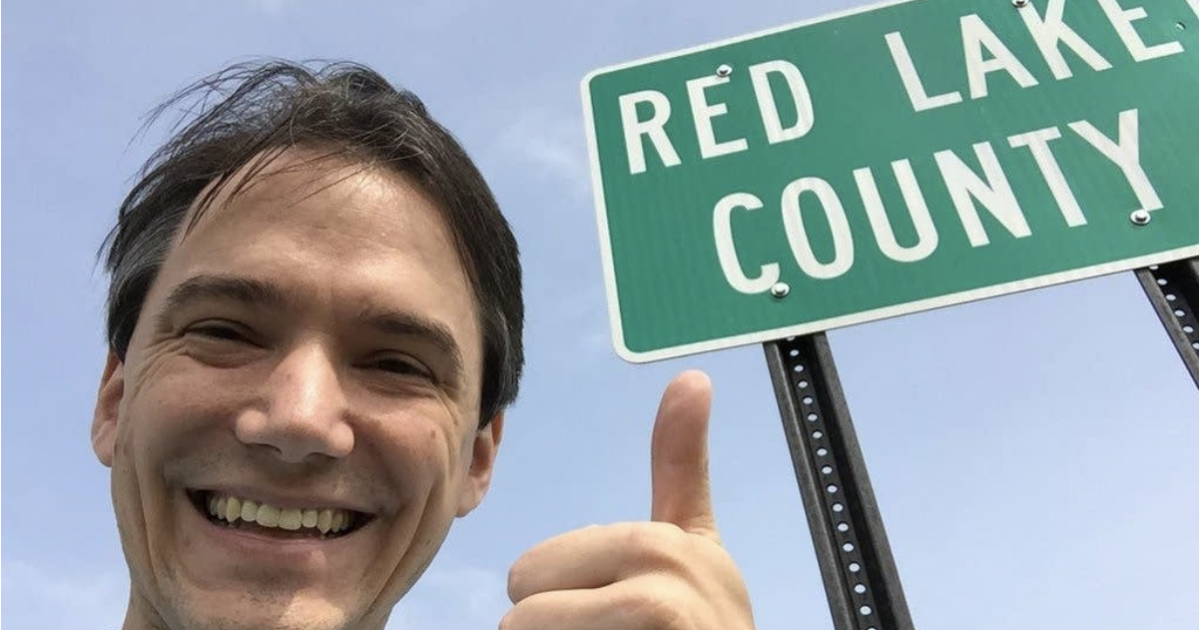 Christopher Ingraham, a former Washington Post reporter, announced he’s been diagnosed with bile duct cancer and is getting treatment at the Mayo Clinic in Minnesota where he now works for the Minnesota Reformer.

“Hey everyone. I’ve got kind of a crappy health update to share,” said Ingraham in a series of tweets. “I’m being treated for bile duct cancer at the Mayo Clinic here in MN. As far as cancers go it’s a bad one, right up there with pancreatic cancer in terms of grim overall prognosis.”

Read More
Ingraham, 42, is best known for moving to Minnesota after insulting Red Lake County in an article for The Washington Post. He had written a story in 2015 about data from the U.S. Department of Agriculture, which ranked counties in America based on physical characteristics. Red Lake County in Minnesota, he noted, scored ‘dead last.’ After much backlash and a visit, he realized all the good things about the country and he, his wife and twin sons moved there. Ingraham shared on Twitter about 6 weeks ago he began “feeling crappy, and then I got itchy all over and then my eyeballs started turning yellow.” Related: ‘Bloated’ Ohio Mom, 47, Blamed Her Ballooning Weight And Yellow Eyes On ‘Stress:’ It Turned Out To Be Cancer

“Doctors initially thought it was due to a gallstone, but subsequent imaging showed a large mass in the liver squeezing my bile ducts shut,” said Ingraham.

Telling Your Kids You Have Cancer—’When it Comes to Your Kids, You Want to Protect Them’

The type of bile duct cancer, also called cholangiocarcinoma, you may have depends on where the cancer starts. They are grouped into three types:

The American Cancer Society defines them as such:

And the final type is distal bile duct cancers, which are found farther down the bile duct, closer to the small intestine. Like perihilar cancers, these are extrahepatic bile duct cancers because they start outside of the liver.

Ingraham didn’t share which type of bile duct cancer he has, but said his mass was found in his liver and was told by doctors “the tumor unfortunately can’t be removed — it’s too big, and it’s too close to some critical veins and arteries. The only real curative option at this point is a liver transplant.”

He adds, he’s recently made several trips to the Mayo Clinic in Minnesota for various tests and imaging to see if he is a candidate for a liver transplant.

The extent of your bile duct cancer plays an important role when deciding treatment options. The main treatment is surgery, according to the ACS. It is the only realistic option for a cure and for this reason the cancer is typically divided between resectable and unresectable.

Most stage 0, I, and II cancers and possibly some stage III cancers are potentially resectable — it might be possible to completely take out the cancer with surgery, said the ACS. But other factors must be considered such as where the cancer is and the health of the patient. Surgery to remove the cancer completely is the preferred treatment if it’s possible

Unfortunately, most bile duct cancers are unresectable by the time they’re found.

Ingraham said his liver is functioning well for the time being and there doesn’t appear to be any metastatic spread beyond the bile ducts at this time.

In an effort to stay positive, he adds “It’s definitely a bad situation but I do have a number of things going for me. I’m relatively young and healthy. At the moment I feel 100% fine and have no symptoms, as doctors successfully placed some stents in my biliary tract to open things up and get the bile flowing again.”

What To Do After A Cancer Diagnosis

A wave of emotions after a cancer diagnosis is normal. You may feel angry at times and sad and uncertain.

“In addition to making a treatment plan with your doctors, it’s also important to make sure you have the mental health support you need as well. This is a challenging time, and many people find they need a little extra support to get through it,” says Dr. Lori Plutchik, a New York-based board certified psychiatrist.

Seeking Support: The First 3 Things to Do After a Cancer Diagnosis

Dr. Plutchik suggests trying to find a mental health professional who has experience helping people as they navigate cancer treatment and keeping your care team connected, so they can stay focused on a common goal.

“Make sure that the mental health professional that you work it is reaching out — with your consent — to the rest of your team, to the oncologist, to the surgeon … it can also be helpful to reach out to family, friends, and any other caretakers that may be involved in the person’s treatment,” she adds.

Advocating for your health is essential. One of our SurvivorNet family cancer warriors says she learned about the importance of listening to her body after a doctor dismissed a lump in her breast that turned out to be metastatic breast cancer. Some cancers can have very subtle symptoms. That's why it's crucial to address any issues with your doctor right away. Even if multiple visits or seeing additional providers for a second opinion is required to get to the right answers, it's always going to be worth it. Don't be ashamed of disease or symptoms and speak up about anything unusual happening with your body.

Everyone wonders whether X, Y, or Z causes cancer. In this series, experts weigh in on what we know and what we don’t.