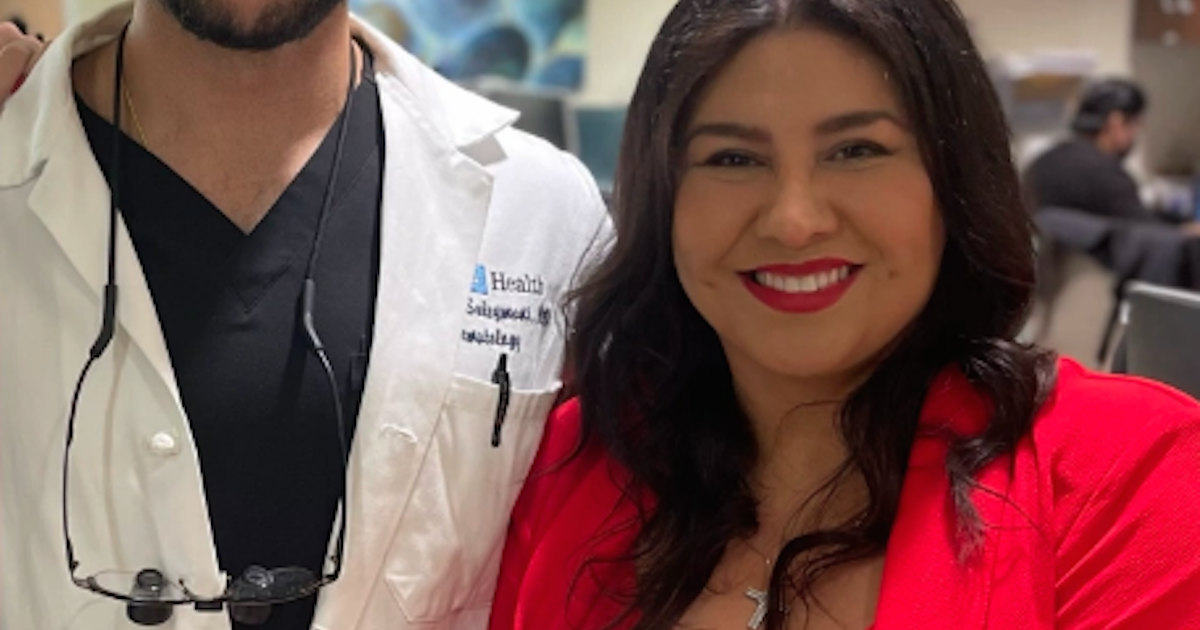 Protecting Your Skin From Skin Cancer

Grace Garcia, of San Gabriel, California, was diagnosed with stage one squamous cell carcinoma after getting her nails done in November 2021.

The 50-year-old’s non-melanoma skin cancer diagnosis came after a nail technician cut her cuticle to the point it started bleeding and it never healed correctly, prompting a wart to form. Months later she discovered she had a rare nail cancer caused by human papillomavirus (HPV).

Read More
Garcia opened up about her shocking experience on TikTok and informed her followers that the rare cancer started with a manicure/pedicure that “went wrong.” She captioned a video compilation of photos of her infected nail “Nail tech cut me with unsterilized tools! Which within 6 months turned into CANCER!! “She probably used the tool on a previous person. I have no idea,” Garcia told TODAY.com. “It sprouted, whatever the thing was on my hand. … It popped up. It looked like a wart, and I’m like, ‘What in the world is this?’”

The mom of three grew concerned when the skin on her finger never returned to normal and sought medical advice in April 2022.

Once Garcia’s doctor advised her to see a dermatologist, she had a biopsy done.

Garcia ultimately had to undergo Mohs surgery to remove cancer, something which allowed her to avoid having radiation treatment.

“Generally speaking, the strains that cause cancer from an HPV standpoint tend to be more sexually transmitted. In Grace’s case, she had an injury, which became the portal of entry,” Dr. Soleymani told TODAY.com. “So that thick skin that we have on our hands and feet that acts as a natural barrier against infections and things like that was no longer the case, and the virus was able to infect her skin.”

Dr. Soleymani continued, “Hers was interesting in that her timeline was about three months, which is pretty short of squamous cell carcinoma. It also fits that she had a high-risk strain of HPV that bodes pretty well with this not just being a benign cut.”

“Your outcomes are entirely dictated by how early you catch them, and very often they’re completely curable. Her persistence, not only was she able to have a great outcome, she probably saved herself from having her finger amputated.”

Dr. Soleymani suggests anyone with a growth that “doesn’t go away in about four weeks” get checked by a dermatologist. He also recommends the HPV vaccine as a preventative measure for HPV-related cancers.

What is Squamous Cell Carcinoma?

Squamous cell carcinoma is a common type of skin cancer that is typically easy to treat if caught early – like in Garcia’s case.

The American Cancer Society says that most squamous cell skin cancers are found at an early stage and can be removed easily. In more advanced scenarios, these cancers can be harder to treat and chemotherapy may be needed if the cancer spreads to other parts of the body.

If this type of cancer has spread beyond the initial tumor site, according to Harvard Health, radiation therapy can also be effective if the cancer is in one specific area. If the cancer has metastasized in a more widespread manner, it typically does respond well to chemotherapy.

Surgery is the Best Option

“The gold standard for treatment of melanoma is surgical treatment with wide margins,” says Dr. Nima Gharavi, Director of Dermatologic Surgery at Cedars-Sinai.

In some cases of early-stage melanoma that’s close to the skin’s surface, Mohs surgery, like the one Garcia underwent, may be offered. This is most common in areas such as the face, ears, and nose.

This type of surgery is also considered the most effective technique for treating the two most common types of skin cancer, basal cell carcinomas (BCCs) and squamous cell carcinomas (SCCs), according to skincancer.org.

During the procedure, your doctor will numb the area with anesthesia and remove the tumor using a scalpel. You’ll be asked to wait while they analyze layers of the removed sample under a microscope. The procedure is done one layer at a time, analyzing each layer for cancer cells before removing the next layer.

This process continues until all cancer cells are removed from the area. Once the surgery is complete, your doctor will cover the area with a bandage. Stitches may also be required.

While Mohs surgery isn’t as common with melanoma as it is with other skin cancers, it may be the best option for some patients. Talk to your doctor about whether Mohs surgery is right for you.

The Skin Cancer Foundation estimates that over 5 million cases of skin cancer are diagnosed in the United States every year, making it the most common cancer in the United States. In an earlier interview, dermatologist Dr. Dendy Engelman, a board-certified dermatologic surgeon at Shafer Clinic Fifth Avenue, told SurvivorNet that her patients always ask whether sunscreen is needed all year round.

Related: Woman Who’s Had Skin Cancer FIVE TIMES Warns That ‘The Only Safe Tan Is A Spray Tan!’

“The answer is yes. People think they only need sun protection when they’re in the bright, warm sunshine,” Engelman explains. “But the reality is, we can get sun damage at any time throughout the year, even in the cold, wintry months. Think about when you go skiing. That’s a very high risk. Even though it’s cold, our skin should be protected.”

Top 5 Ways To Protect Yourself From Skin Cancer

HPV and Cancer Risk: The Basics

We know that HPV can lead to cancer in certain instances … but just how risky is the human papillomavirus?

“The vast majority of humans in the U.S., both men and women, will eventually get infected with human papillomavirus,” says Dr. Allen Ho, a head and neck surgeon at Cedars-Sinai. “The important thing to know about HPV is that there are many different strains, and only a couple of them tend to be more cancer-inducing. Probably less than 1% of the population who get infected happen to have the cancer-causing virus that somehow their immune system fails to clear, and over 15 to 20 years [it] develops from a viral infection into a tumor, and a cancer.”

The HPV vaccine, which was recently approved in the U.S. for people up to age 45, though it’s recommended that children get it before they become sexually active, can prevent a lot of these cancers. Gardasil 9 protects against nine strains of HPV – including the strains most likely to cause cancer and genital warts. But it can’t provide protection if a person has already been exposed to HPV. That’s why doctors recommend it for children as young as 9.

Learning About HPV And Cancer