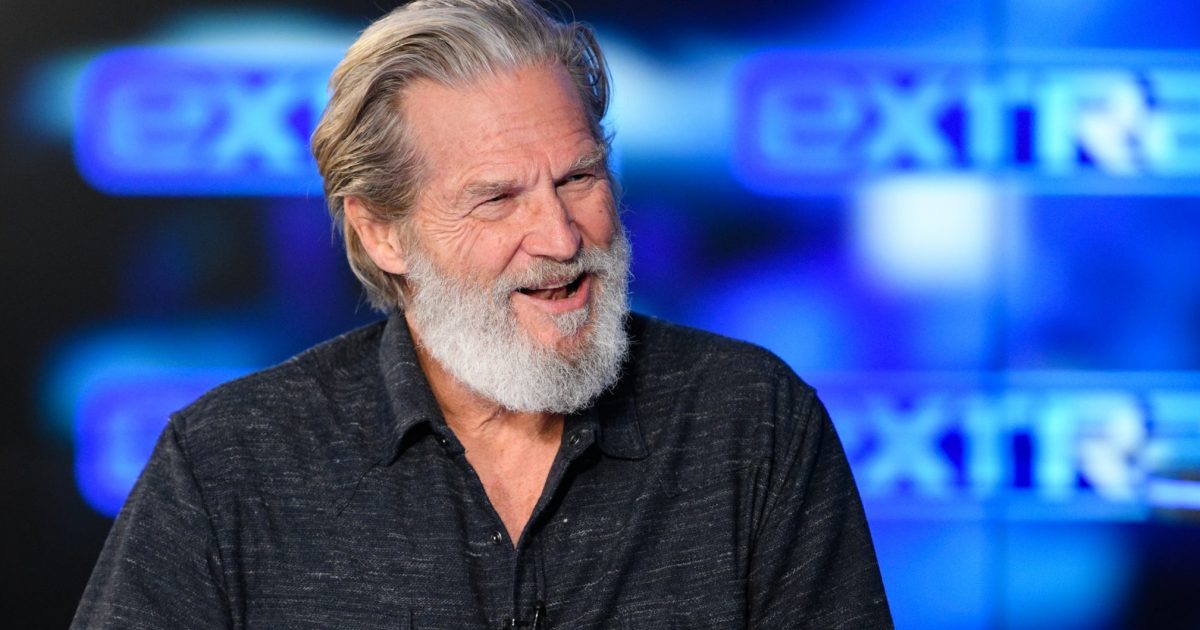 Oscar winner Jeff Bridges, 73, battled lymphoma last year, and his wife of 45 years, Susan Geston, was at his side through his health struggles; the pair have been together for decades and Bridges says it was “love at first sight” when he met his wife.

Speaking with PEOPLE magazine, the Big Lebowski actor says of his personal life, “I’ve been really blessed.” Talking about his love, he says he and his partner Susan are “quite different as people.” Bridges highlights that as a reason for their successful relationship. “We celebrate [our differences] rather than making it drive us apart.”

Read More
Bridges doesn’t just love his wife Susan – he admires her, too. “I respect her wisdom,” he says. The lovely pair met in 1974 when Susan was a 20-year-old roadhouse waitress who was working on a ranch in Montana, reports The Daily Mail. Bridges happened to be there, too, in Paradise Valley, Montana, because he was filming Rancho Deluxe, a 1975 neo-western film directed by Frank Perry.

Jeff Bridges shared his cancer diagnosis with the world in October 2020, during the COVID-19 pandemic, on social media. He announced the diagnosis, writing, “I have a great team of doctors, and the prognosis is good.”

Bridges treated his lymphoma with chemotherapy and regularly kept fans updated throughout his cancer journey with a colorful online journal and on social media. Lymphoma treatments can include, says the Mayo Clinic:

In September 2021, the actor shared on his blog that he’d entered remission. He shared that “the 9” x 12” mass has shrunk down to the size of a marble.” Bridges also suffered after contracting Covid in the midst of his cancer battle earlier this year. “Covid kicked my ass pretty good, but I’m double vaccinated and feeling much better now.”

Distinctions Among Types of Lymphoma

While Jeff Bridges didn’t disclose the type of lymphoma publicly he was diagnosed with, the two most common types of this disease are Hodgkin and non-Hodgkin lymphoma. Lymphoma is a cancer of the immune system that affects infection-fighting cells called lymphocytes. And there are more than 40 different types of lymphoma.

“Lymphoma is split up into a number of different categories,” Dr. Elise Chong, a medical oncologist at Penn Medicine, previously told SurvivorNet in an earlier interview.

Hodgkin lymphoma differs from non-Hodgkin lymphoma because it has distinctive, giant cells called Reed-Sternberg cells. Non-Hodgkin lymphoma is much more common than Hodgkin lymphoma, but often more difficult to treat. Early symptoms of lymphoma can be tricky to notice as they may include swollen lymph nodes, fatigue or unexplained weight loss. Sometimes lymphomas that are slow-growing don’t need to be treated right away. But they require monitoring to see when they have turned aggressive. The American Society of Clinical Oncology says Hodgkin lymphoma survivors, in particular, should pay attention to signs of depression. About 15 percent of people develop a major depressive disorder after a cancer diagnosis.
NOW
PLAYING
Zanubrutinib Is A New and Improved Medication For CLL
NOW
PLAYING
Zanubrutinib May Delay Disease Progression in Chronic Lymphocytic Leukemia & Small Lymphocytic Lymphoma
NOW
PLAYING
Is A Restrictive Neutropenic Diet Really Necessary After a Bone Marrow Transplant?
NOW
PLAYING
For Some Advanced Breast Cancers Powered By Estrogen, The Drug Camizestrant Shows Promise Actually Degrading The Hormone
NOW
PLAYING
Real-World Implications Of Her2 Low- The Major New Breast Cancer Designation And Its Treatment-- How Low Is Too Low?
NOW
PLAYING
New Data: The Drug Ibrutinib May Help Some Younger Mantle Cell Lymphoma Patients Avoid A Stem Cell Transplant