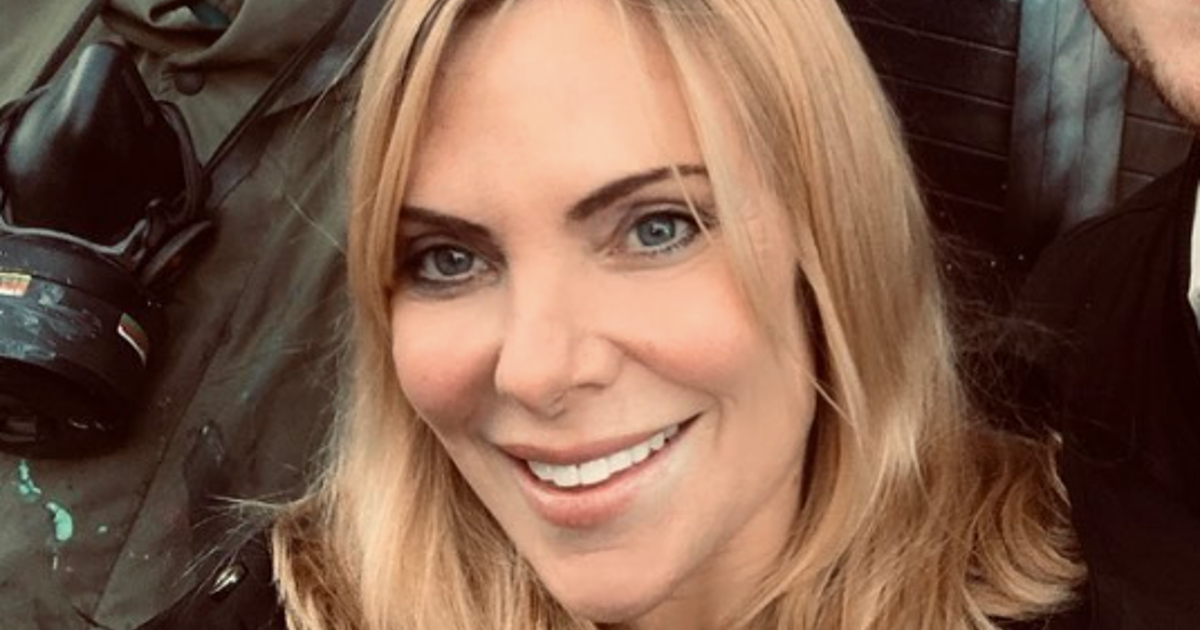 When Narnia actress Samantha Womack announced she was diagnosed with breast cancer earlier this summer, the English actress and singer paid tribute to her friend late Olivia Newton-John, who passed away peacefully after battling the same disease for more than three decades.

Now, the 49-year-old mom of two, updated her fans this week saying she’s set to begin round one of chemotherapy after undergoing a lumpectomy and lymph node surgery.

Read More
“Hey, I just want to say thank you to everyone who has been sending me love after I shared my story about battling breast cancer,” said Womack, in a short video clip shared on Instagram. “So, just to tell you, I’ve had my operation, I had a lumpectomy and lymph node removal and I am now going to start my first session of chemotherapy tomorrow.” “I have read all your stories and messages, they’ve blown me away, genuinely. I just wanted to say thank you, I am very humbled by the fact that everyone has reached out and so, I’ll keep you posted,” she continued. “Just a huge thank you. Sending you all lots of love.” About two months before her most recent update, Woman took to Twitter to announce her breast cancer diagnosis in a tribute to Newton-John.

“This was the most magical of evenings. Olivia and Chloe had come to see Grease in London and we had dinner together afterwards,” Womack wrote in the tweet. “I was so excited and in awe, she was my childhood. I now start my own battle with this disease and am left feeling deeply moved.”

Alongside her heartfelt words was a photo of her smiling with Newton-John and her daughter, Chloe Rose Lattanzi.

Newton-John passed away at age 73 on August 8, 2022, after years of being an inspiration to people living with breast cancer. Her mission was to “find kinder ways to treat cancer,” and she was a true champion for people battling cancer.

This was the most magical of evenings. Olivia and Chloe had come to see Grease in London and we had dinner together afterwards. I was so excited and in awe, she was my childhood. I now start my own battle with this disease and am left feeling deeply moved. #OliviaNewtonJohn pic.twitter.com/7vkgT5oCMf

The Aussie singer, who lived more than five years with advanced breast cancer, was first diagnosed with the disease in 1992.

To treat her cancer, she had chemotherapy and a partial mastectomy (surgical removal of cancerous breast tissue). In 2017, Newton-John’s cancer returned and it had spread to other parts of her body, so she had radiation therapy to treat it.

Related: How Olivia Newton-John, 73, Thrived While Living with Breast Cancer: She Leaves Behind An Incredible Legacy

Focusing on hope and maintaining a positive attitude through a cancer battle – as Womack is doing – can help. Anecdotal evidence from SurvivorNet experts points to how a positive mindset and gratitude can positively impact a cancer prognosis.

One oncologist at Cedars-Sinai tells SurvivorNet in an earlier interview, “My patients who thrive, even with stage 4 cancer, from the time that they, about a month after they’re diagnosed, I kind of am pretty good at seeing who is going to be OK. Now doesn’t that mean I’m good at saying that the cancer won’t grow,” he says.

Chemotherapy for breast cancer uses strong drugs to kill cancer all over the body. It is possible that patients get this treatment to shrink a tumor before surgery, afterward to get rid of any remaining cancer cells or on its own if the patient cannot have surgery.

In Womack’s case, she is having chemotherapy after surgery. Whether or not to have chemotherapy can also be the patient’s choice, depending on their age, the type of cancer they have and its stage.

If the patient’s breast cancer is triple-negative, which means the three main types of receptors — estrogen, progesterone and the HER2 protein — do not fuel the cancer, chemotherapy is typically the treatment. This is because the cancer does not respond to certain targeted therapies.

Women who are diagnosed with HER2-positive breast cancer have high levels of the HER2 protein on the outside of their cancer cells. For patients with early-stage disease, meaning they have relatively small tumors and no lymph involvement, a number of HER2-directed therapies have dramatically changed the landscape. These include chemotherapy drug trastuzumab (brand name: Herceptin), as well as pertuzumab (brand name: Perjeta), which is a monoclonal antibody used in combination with chemotherapy.