Nurse, 61, With Bad Case of COVID Goes To Hospital For A Chest Scan: Doctors Found Advanced Cancer, And Turns Out The Visit Saved Her Life

Even though Jan Dea had dutifully gotten a mammogram every three years, her dense breast tissue had prevented doctors from seeing the treacherous mass. 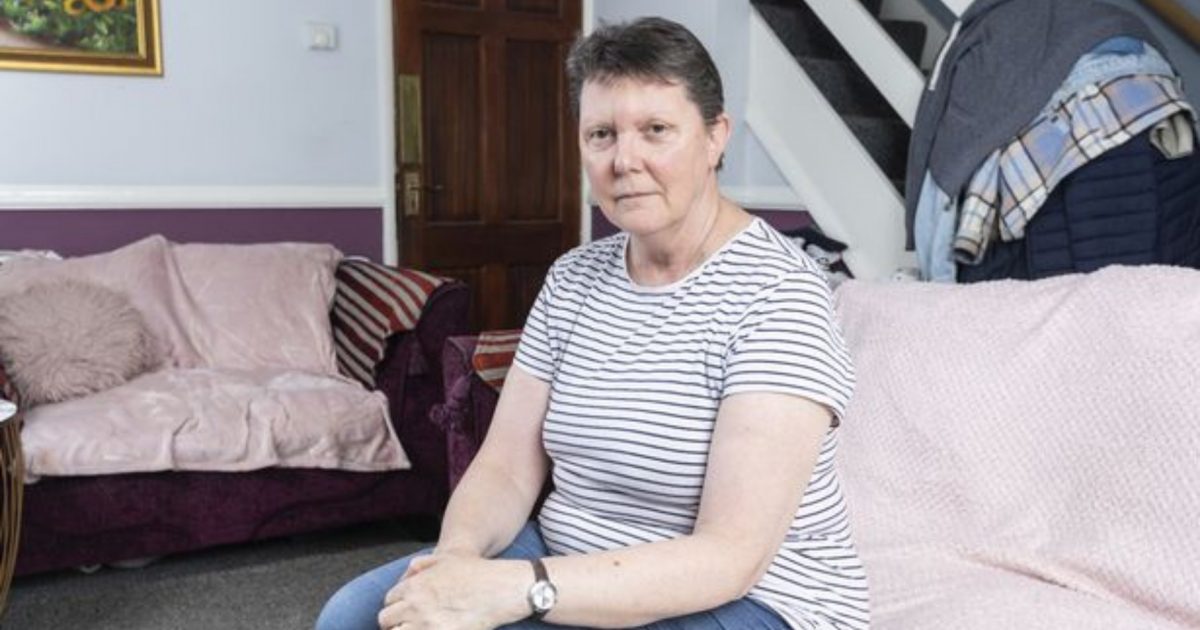 How A COVID Infection Saved This Retired Nurse's Life

A retired nurse and mother’s COVID-19 infection may have saved her life, as her hospital stay led to the discovery of previously undiagnosed cancer.

In late 2020, Jan Dea’s husband, 62-year-old Brian, tested positive for the virus. A week later, so did Dea, 61, and her 24-year-old daughter Katie. Her symptoms soon turned serious.

Read More
“On 22 November I was at the end of my isolation period – but I just didn’t feel well,” Dea told The Mirror. “I was watching a film with my daughter when I had to take myself off to bed. I was freezing and shaking but my daughter Katie said I was burning up.” Because her mother has asthma, Katie called emergency services for an ambulance. Because of the cough, as well as high fever and low blood pressure, the paramedics brought her to the very hospital where she used to work to check for blood clots.

“I had to go to hospital alone and the next day they took me for a scan to check for blood clots in my lungs. They injected me with a special contrast dye which helps highlight the areas being examined,” said Dea. “Next day the consultant came to see me. She said whilst there were no blood clots, when they used the contrast dye, they found a mass in my right breast.”

Dea said she was “shocked” by the news, especially since she went for a mammogram every three years.

“The consultant told me that because I have dense breast tissue it doesn’t always show cancer up on a mammogram,” said Dea. “I was referred to a breast specialist, but I couldn’t go until I was Covid negative. It had been 23 days of having COVID. I just didn’t think it was possible. After isolating at home and having two negative tests, I was able to see a consultant in December. After a biopsy they confirmed it was breast cancer. I was told if I hadn’t been admitted with Covid, by the time I’d have felt it, it would have been too advanced.”

According to Dea, her doctor told her “COVID saved your life.”

What To Know About Mammograms And Dense Breasts

While mammograms are an effective tool for detecting breast cancer, they can be less effective for women with dense breast tissue.

“The fatty breast tissue has a gray appearance, so an X-ray beam just runs right through it, but the dense structures, they block the X-ray, so that looks white. Unfortunately, cancers also block the X-ray, so they also look white. When you have a white cancer hiding in white, dense breast tissue, it can be missed,” said Dr. Connie Lehman, chief of the breast imaging division at Massachusetts General Hospital.

Luckily, there are other technologies that can help find cancers lurking in dense breast tissue. Digital mammographies provide a clearer picture for doctors to look at, while 3D tomosynthesis mammography “allows us to find more cancers and significantly reduce our false positive rate,” said Lehman.

“With digital mammography, we’re taking thin slices through that breast tissue like slices of a loaf of bread and look at each of those slices independently,” said Lehman. “So those thin slices help us find things that were hidden under all the multiple layers. And also important is some of the things that look like they could be cancer, when we look through the thin slices, we see this is just overlapping, normal breast tissue.”

I Have Dense Breasts. Do I Need A 3D Mammogram?

Fighting To Help Others

Unfortunately for Dea, the pandemic also meant delays in getting care. By the time she was due for surgery in January 2021, the United Kingdom was in lockdown once more.

“The hospital I was meant to have surgery at was shut down. But my consultant said I needed the operation within six weeks because the cancer was fast growing,” she said. “So thankfully she managed to get me on a list at another hospital. They took out the area of the cancer and some lymph nodes which luckily it hadn’t spread to.”

After undergoing a condensed treatment of five days of radiotherapy, Dea was able to ring the bell signifying the end of treatment.

Today, she is in remission and back working at a restaurant and inn.

“Now that my treatment has finished, I’m fundraising for Breast Cancer Now to help raise money for research and support that they provide for anyone affected by breast cancer,” she said. “I’ve lost my mother, father, and Molly across the road – who was like a second mum to me – to cancer. It almost claimed me. I am going to host an Afternoon Tea for family and friends at home and do a takeaway version at work. I hope as many people as possible will take part.”

Genetic Testing What Is It and Why Is It Important? An Interview with Breast Cancer Previvor Erika Stallings

“I Fell On My Knees Sobbing:” ABC News Journalist Amy Robach On The Emotions That Come With Cancer Breast Cancer Warrior Hoda Kotb, 57, Feared Sharing Her Survivor Story Until A Stranger Urged Her to Go Public With Her Private Battle “The Scars and Bruising Terrified Me:” Giuliana Rancic Opens Up About Her Double Mastectomy And How She’s Learned to Stay Strong
NOW
PLAYING
Breast Cancer Survivor Cynthia Nixon, 56, Shares The Best Advice She's Ever Been Given: "Be Open To Everything"
NOW
PLAYING
Determined To Be There For Her Kids, Angelina Jolie, 47, Embraces Motherhood 10 Years After Preventative Surgery to Remove Her Breasts
NOW
PLAYING
Healing Old Wounds, TV Anchor And Breast Cancer Survivor Joan Lunden, 72, Says Sexism And Ageism Led To Her Removal From GMA
NOW
PLAYING
Denied Potentially Life Saving Treatment, A 71-Year-Old Man Fought His Way Into A Clinical Trial Despite His Age. Now, He's Back To Biking Around 3,000 Miles A Year
NOW
PLAYING
Stem Cell Transplant for Chronic Myeloid Leukemia: What Do You Need to Know?
NOW
PLAYING
'RHOA' Alum Cynthia Bailey Says Her Mother Is Free Of Breast Cancer

Breast Cancer Survivor Cynthia Nixon, 56, Shares The Best Advice She’s Ever Been Given: “Be Open To Everything”