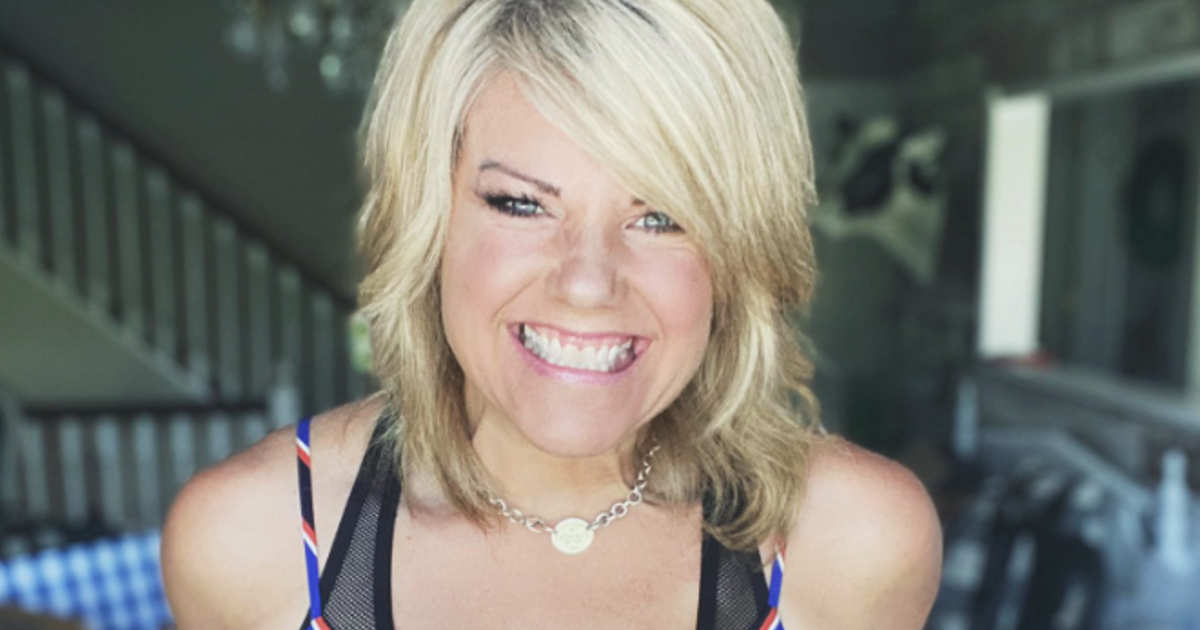 Sunday Burquest, who was a former contestant on “Survivor” during the Millennials vs. Gen. X season in 2016, passed away at age 50 on April 18, 2021, after battling advanced esophageal cancer. While there has been some very small progress, it’s a reminder that this is a cancer where much more needs to done it comes to research and creating a better prognosis and quality of life for patients.

Burquest, who was first diagnosed with stage 3 breast cancer in 2012 and overcame the disease before her appearance on “Survivor” in 2016, received a duel diagnosis in 2020 of esophageal and ovarian cancer – something she didn’t let bring her down.

Read More
She revealed at age 49 that she was diagnosed with both cancers on June 7, 2020. Wearing a shirt with the words “I survived esophageal and ovarian cancer,” the former reality show contestant, who ultimately placed seventh on “Survivor,” said in an Instagram video: “You know how they say when it rains it pours? Well, it really poured on me today.” RELATED: Surgery for Esophageal Cancer — What are the Potential Complications? After pointing out what the message on her shirt reads, she added: “When did I survive that? Well, I’m going to do it right now because today I was told that I had both. That esophageal cancer started and traveled to my ovary. And it’s not a super great thing, of course, and not fun to hear, but I know that I’ve already survived cancer once and I will survive it again. Which is why I’m wearing this shirt.”

Burquest, who is survived by her husband and four children, told PEOPLE at the time of her diagnosis in 2020 that she will remain optimistic and live life to her fullest despite the cards she’s been dealt.

“No one knows how much time you have left. Accidents can happen. Miracles can happen. Someone healthy can die unexpectedly, and someone sick can live for much longer than expected,” she told the news outlet. “So I don’t think of this as a death sentence; I think of this as something that has happened, and is now a part of my life. And I’m going to live my life as fully as I can.”

Aside from her popularity on “Survivor,” Burquest was an author, speaker, and former youth pastor for Living Word Christian Center’s Northwest campus in Rogers, Minnesota.

“Your faith was as powerful as your fight,” the Living Word Northwest wrote in an Instagram post following her death. “It was an honor to call you a friend and a blessing to have you as part of our Northwest family.”

In the wake of her death, Burquest’s daughter Kennedy shared a loving dedication to her mother on Instagram.

“To my unbelievably beautiful mama, Thank you. Thank you for fighting as hard as you did for as long as you did. Thank you for being a best friend, a role model, a sister, and my mother all in one,” Kennedy Burquest wrote.

“I know one day we will meet again. Until then, I’ll spend every minute missing you, and trying to make you proud.”

Why Mindset Is Important Through Cancer Treatment

Numerous experts have told SurvivorNet that mindset and optimism, like Burquest had, can help patients tremendously throughout treatment. By feeling supported and remaining positive, it encourages people to keep fighting throughout the experience.

“We call it ‘eye of the tiger,’” says Dr. Sid Ganguly, Deputy Director of Hematologic Malignancies and Cellular Therapeutics at the University of Kansas Medical Center. “You have to have the eye of the tiger to go through this grueling process that is necessary these days to get rid of these virulent and aggressive cancers.”

The “eye of the tiger” mindset includes a healthy diet, regular exercise, and most importantly a positive attitude. For those whose minds are overcome with thoughts and emotions, Dr. Ganguly says meditation can be a valuable resource in order to clear their minds.

What is Esophageal Cancer?

Esophageal cancer is rare, and often difficult to diagnose. For those reasons, there hasn’t been a whole lot of progress in treating the disease in recent years. In a previous conversation about treating esophageal cancer, Dr. Raja Flores, chairman of thoracic surgery at Mt. Sinai School of Medicine, told SurvivorNet that the disease is often diagnosed in the later stages — meaning, like Burquest’s, the disease has already spread to distant parts of the body.

“Of [all the cases diagnosed in the U.S. per year], only about 1,000 get surgery, because the majority of them are identified at such a late stage,” he said.

Because surgery is not often an option for patients with advanced esophageal cancer, chemotherapy and radiation may be given to try to keep the cancer under control for as long as possible. In some instances, immunotherapy may be used.

The treatment route you and your medical team decide on after an esophageal cancer diagnosis will depend on several factors, including the severity of the disease and your overall health. Often, the treatment approach will involve several different types of treatment, Dr. Brendon Stiles, a thoracic surgeon at Montefiore Medical Center, told SurvivorNet.

“It’s rare these days that I just do surgery for a patient with esophageal cancer. They’ve often gotten other treatments,” Dr. Stiles said. “Remarkably, with very early stage disease, stage one, a patient can often have their tumor resected endoscopically, through a scope down their esophagus without the need for invasive surgery. That’s a very selected group of very early, invasive cancer — but increasingly, as we do more endoscopies, we’re able to find those patients.”

Currently, there are several treatment options available for people with esophageal cancer. These include:

There are also clinical trials underway to look at targeted therapies for esophageal cancer.

“Because esophageal cancer is such an insidious disease, and because it has high rates of recurrence and metastasis, we really try to throw everything we have at it,” Dr. Stiles said. “For patients with more advanced disease that are not surgically resectable, they can often also be treated with chemotherapy, sometimes with radiation with what’s called local control, to try to shrink the tumor so that patient can eat better.

“…And then down the spectrum, there is targeted therapy. There is immunotherapy that’s available to some select patients,” he added.

Ovarian cancer, which Burquest also battled, has been called the “cancer that whispers,” because women often don’t experience symptoms until their cancer has already reached its late stages. The symptoms that do appear at first are hard to identify as cancer. This subtlety of symptoms makes it essential for women to know the warning signs, and report them to their doctor, say SurvivorNet’s experts.