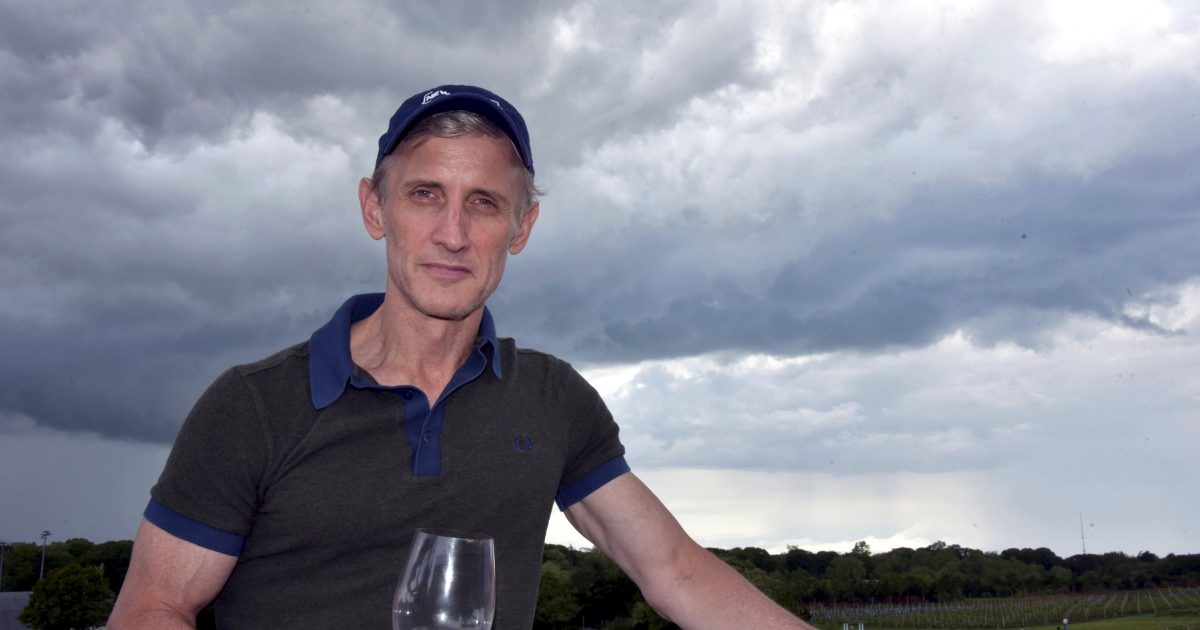 Twenty years have passed since Dan Abrams received his testicular cancer diagnosis. Today, the survivor is a happy father of two with a flourishing career.

Abrams first started making a name for himself as a court reporter for “Court TV” in the ’90s. His coverage of the OJ Simpson trial helped establish him as a nationally known legal reporter.

Read More
He’s dipped his toes in many different facets of the media industry since then. From being a legal correspondent for NBC, to host of MSNBC’s “The Abrams Report” and “Verdict with Dan Abrams,” to general manager MSNBC, to a chief legal analyst at ABC, to a host of “Live PD” on A&E Network, Abrams certainly has a jam-packed resume.

And his list of current undertakings is just as extensive. He’s the CEO and Founder of Abrams Media, host of “Dan Abrams Live” on NewsNation, host of “On Patrol: Live” on Reelz, chief legal affairs correspondent for ABC News, host of SiriusXM radio’s “The Dan Abrams Show: Where Politics Meets The Law,” host and executive producer of “Court Cam” and “Under Oath” on A&E Network, owner of a winery and an author of multiple New York Times bestselling books.

Abrams is also a doting father of two. His first child, a son, arrived in 2012 and then a daughter came along in 2021. He’s had both of his children with his longtime partner, businesswoman Florinka Pesenti, 44.

As evidenced by the lengthy list above, Dan Abrams is many things. But he is also a cancer survivor and advocate.

Abrams was diagnosed with testicular cancer in 2003. But he didn’t share the news of his diagnosis and successful course of treatment until he overcame the disease in 2004.

He wasn’t naturally inclined to publicly open up about his cancer battle, but all that changed when he learned about Sean Kimerling’s story.

Represented by the same talent agency as Abrams, Kimerling was a two-time Emmy award winning anchor of WPIX 11 sports and pre-game announcer for the NY Mets “on top of the world” at age 37. But all that changed in August of 2003.

“He had felt something in his testicle about a year and a half earlier, went to his general practitioner and was told it was nothing,” reads his bio on the website for the Sean Kimerling Testicular Cancer Foundation. “He had been bothered by back pain, which he assumed was due to a sports injury, and a doctor he went to prescribed medication for a kidney infection.

“Wrongly diagnosed for a long time, when the pain became unbearable, Sean was finally diagnosed with stage 4 testicular cancer. He died, just 1 month after being diagnosed on September 9, 2003. He was only 37.”

This heartbreaking story of a charismatic, young newscaster much like himself deeply touched Abrams. So much so that he decided to share his story on Kimerling’s behalf and become a board member of the testicular cancer foundation established in Kimerling’s memory.

“I am lucky. Not only did I survive, but now, it seems, I am cancer free and feeling as good as ever,” Abrams wrote in 2004. “Had Sean detected the disease earlier, he and I might have discussed our experiences in private.

“I hope that my willingness to go public can help other young men who, like Sean and me, never thought it could or would strike us.”

Dealing with the Shame that May Come with Testicular Cancer

April Is Testicular Cancer Awareness Month; Here’s What You Should Know About The Rare Disease Dealing With the Shame That May Come With Testicular Cancer Smoking Marijuana May Increase Testicular Cancer Risk: Study
NOW
PLAYING
Mom & Nurse, 32, Thought Lump in Breast Was Clogged Milk Duct, But it Was Stage 2 Cancer
NOW
PLAYING
Watch This Mesmerizing Music Video Based on Testicular Cancer Scans, Produced By 36-Year-Old Survivor
NOW
PLAYING
New Lifesaving Breast Cancer Drug – Access For A Few Hundred Women – When Will Many More Be Given What They Need To Prolong Life?
NOW
PLAYING
A Young Attorney, 35, Discovers Her 'Canker Sore' Is Tongue Cancer: 'If There’s Something That Doesn’t Go Away, Get It Checked Out And Be Persistent'
NOW
PLAYING
Medical Student, 26, Thought He Had A Pulled Muscle. It Turned Out To Be Testicular Cancer.
NOW
PLAYING
Pulling For Val Kilmer, 62, As He is Forced To Pull Out Of 'Willow' Film Role Amid Health Issues After Cancer