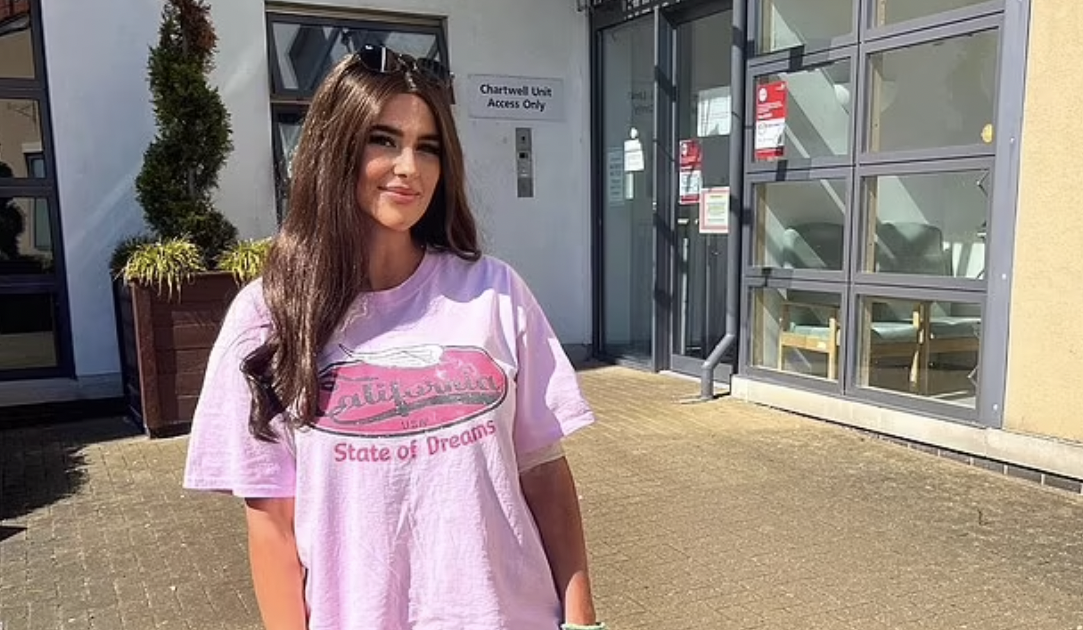 A Lymphoma Diagnosis & the Importance of Advocating for Yourself

Lymphoma survivor Paris Wells, 28, was told the lump on her neck was the result of a cold. Thankfully, her aunt rejected the diagnosis.

When Wells first noticed the lump, she tried to call her doctors for an appointment.

Read More
“They could only offer me a telephone appointment four days later,” she said. “Being worried, I took myself to A and E [similar to an ER in a hospital] the next day. They told me it was a lymph node from a cold a week before, and that it didn’t feel cancerous. “Luckily my auntie works in radiology. She knew the lump didn’t look right and got a second opinion. She showed someone she works with who said I need to get it checked soon as possible.” RELATED: Husband Felt a Breast Lump, Doctors Ignored It. Breast Cancer Survivor, 35, Says You Must Push For Answers

Wells then had a scan followed by a biopsy — that’s when she got the answers she needed.

“It came back to be cancer,” Wells said. “I was diagnosed within four weeks because of her [the aunt].”

To treat her stage two Hodgkin lymphoma, Wells underwent eight rounds of chemotherapy and 17 rounds of radiotherapy. Today, she is cancer-free but still reeling from the emotional effects of her cancer journey.

“I am now cancer-free, but I will be having counseling to deal with life after cancer,” she said. “In the same week as being diagnosed my boyfriend of nine years ended things with me.

“It was a lot to take on as well as being told you have cancer. I still struggle now with how he couldn’t even be there as a friend for me, but hopefully the counseling with help with everything.”

While people with lymphoma do not always have symptoms, some possible signs are:

Some lymphomas, called indolent lymphomas, might not even need to be treated right away because they’re slow-growing. In this case, careful monitoring — including imaging scans such as PET/CT — is used to track the progress of the cancer and gauge whether it needs treatment yet.

And, as we saw in the case above, it’s always crucial to speak up about any changes to your health — regardless of whether you suspect there’s anything sinister behind them.

“Every appointment you leave as a patient, there should be a plan for what the doc is going to do for you, and if that doesn’t work, what the next plan is,” Dr. Zuri Murrell, director of the Cedars-Sinai Colorectal Cancer Center, told SurvivorNet in a previous interview. “And I think that that’s totally fair. And me as a health professional — that’s what I do for all of my patients.”

In a previous interview with SurvivorNet, survivor April Knowles explained how she became a breast cancer advocate after her doctor dismissed the lump in her breast as a side effect of her menstrual period. Unfortunately, that dismissal was a mistake. Knowles was diagnosed with metastatic breast cancer at age 39. She said the experience taught her the importance of listening to her body and speaking up when something doesn’t feel right.

NOW
PLAYING
Woman Was Told She Had A Parasite, But It Was Colon Cancer: How To Avoid Misdiagnosis
NOW
PLAYING
'Miracle Baby Girl' For 29-Year-Old Who Thought Motherhood Would Not Be Possible After Late Stage Cancer Fight
NOW
PLAYING
24-Year-Old Girl Thought Itchy Skin Was Allergies From New Golden Retriever Puppy. Doctors Discover Her Stage Three Lymphoma
NOW
PLAYING
Woman's Acid Reflux Misdiagnosed As Lymphoma - 'When You Feel That Something Is 'Off' In Your Body, Trust Yourself'
NOW
PLAYING
Doctors Said 20-Year-Old's Itchy Skin Was Scabies. Turned Out To Be Lymphoma. Follow Your Instincts.
NOW
PLAYING
35-Year-Old Dismissed Dry Skin & Brittle Hair As Stress Until Her Husband Urged Her To Get Checked: It Was Thyroid Cancer