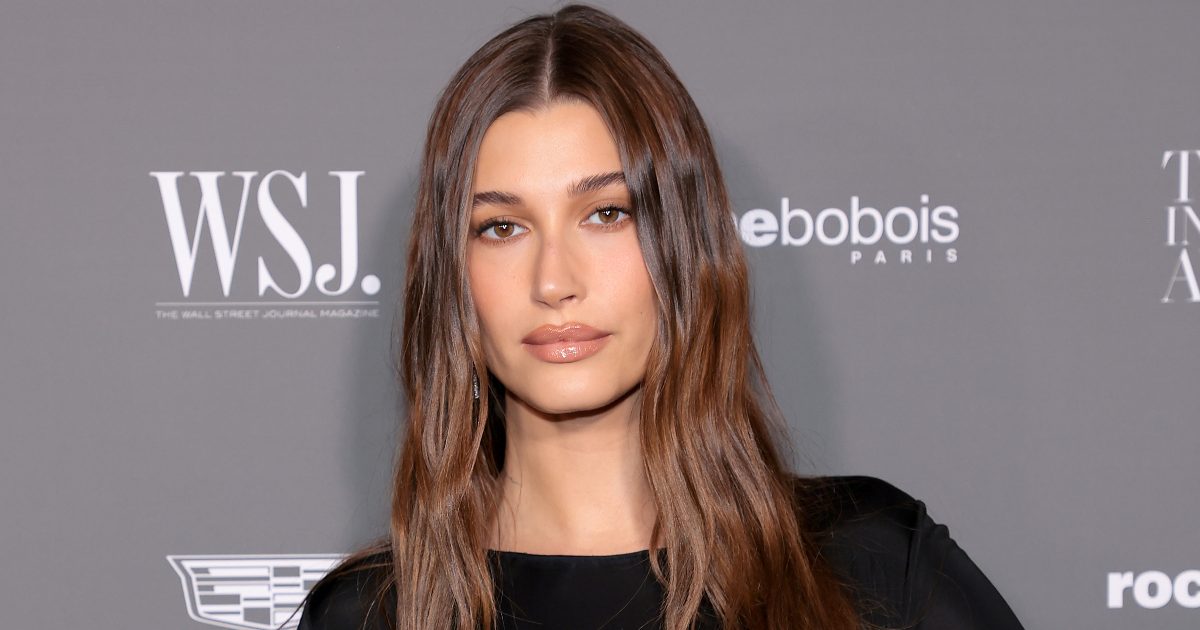 Singer Justin Bieber’s wife, Hailey Rhode Baldwin, took to social media on Monday to open up about her health struggles.

Ovarian cysts are something the 26-year-old has struggled with before. But now, Hailey has a cyst the “size of an apple” on her ovary,  which has left her with some serious bloating on her lower abdomen.

Read More
“I have a cyst on my ovary the size of an apple. I don’t have endometriosis or PCOS but I have gotten an ovarian cyst a few times and it’s never fun,” Hailey wrote alongside a full body image of herself shared on her Instagram Stories. “It’s painful and achey and makes me feel nauseous and bloated and crampy and emotional,” she continued. “Anyways… I’m sure a lot of you can overly relate and understand. we got this.” In the mirror selfie, featuring Hailey dressed in grey sweatpants and a sweater, the American model and socialite can be seen lifting up her top to reveal her swollen stomach.

“Not a baby,” she wrote, seemingly to shut down any pregnancy rumors that may have been circulating.

Hailey, who has been married to Justin for four years, previously suffered “stroke-like symptoms” from a blood clot in her brain. The shocking health scare, which Hailey described as “one of the scariest moments” of her life on Instagram, took place in March 2022.

Following the incident, Hailey remains on medicine to thin her blood and aspirin.

Months later, her 28-year-old husband Justin also dealt with a serious health issue. He explained in an Instagram video, “I wanted to update you guys on what’s been going on. Obviously, as you can probably see from my face, I have this syndrome called Ramsay Hunt syndrome [RHS], and it is from this virus that attacks the nerve in my ear and my facial nerves and has caused my face to have paralysis.

Related: Justin Bieber’s Soothing Words for People Living with Some Kind of Shame: ‘Shame Keeps Us Discouraged, God is a Redeemer’

“I’m gonna get better and I’m doing all these facial exercises to get my face back to normal and it will go back to normal. It’s just time,” he added.

Despite their health struggles, the pair have been enjoying life and recently celebrated Hailey turning 26 on November 22. The famed couple traveled to Tokyo, Japan, with some of their friends for Hailey’s birthday.

What are Ovarian Cysts?

According to the Ovarian Cancer Research Alliance (OCRA), ovarian cysts like the one Hailey has — which are common for women with regular menstrual cycles — are fluid-filled as opposed to ovarian tumors which are solid masses.

These types of cysts, which can go away naturally or be removed through surgery, may only cause symptoms when they become large enough to feel, twist, or rupture.

Emergency surgery is needed in rare instances when a cyst has ruptured, causing intense pain in the abdomen, fever, and nausea.

“Some women have surgery to remove cysts (called cystectomy), and only a small percentage of these cysts are cancerous.  Surgery may be used to rule out ovarian cancer, confirm the diagnosis of an ovarian cyst, or remove a cyst that is causing symptoms and/or is very large,” OCRA adds.

“It may be utilized if an ovarian mass that has been watched through ultrasound for several months does not go away; if there are masses on both ovaries; if an ovarian mass is present and you have never had a period, have gone through menopause, or use birth control pills (excepting low-dose progestin-only pills or if you have missed a pill, which would make an ovulation-related functional cyst more likely), or if the cyst is causing pain.”

Ovarian Cysts or Cancer? How to Tell The Difference

Benign ovarian cysts — which commonly develop during a woman’s menstrual cycle — can sometimes be hard to differentiate from ovarian cancer. “We know that women, during the course of their lives, have a lot of ovarian cysts,” says Dr. Colleen McCormick of Compass Oncology.

How to tell the difference between ovarian cysts and cancer.

“Most of the time, they’re benign, but unfortunately, we don’t have a way of telling whether a cyst is benign or cancerous,” Dr. McCormick explains.

According to Dr. McCormick, the best available tools that doctors have for assessing ovarian cancer risk are:

Ovarian cancer has been called the “cancer that whispers,” because women often don’t experience symptoms until their cancer has already reached its late stages. The symptoms that do appear at first are hard to identify as cancer. This subtlety of symptoms makes it essential for women to know the warning signs, and report them to their doctor, SurvivorNet’s experts warn.