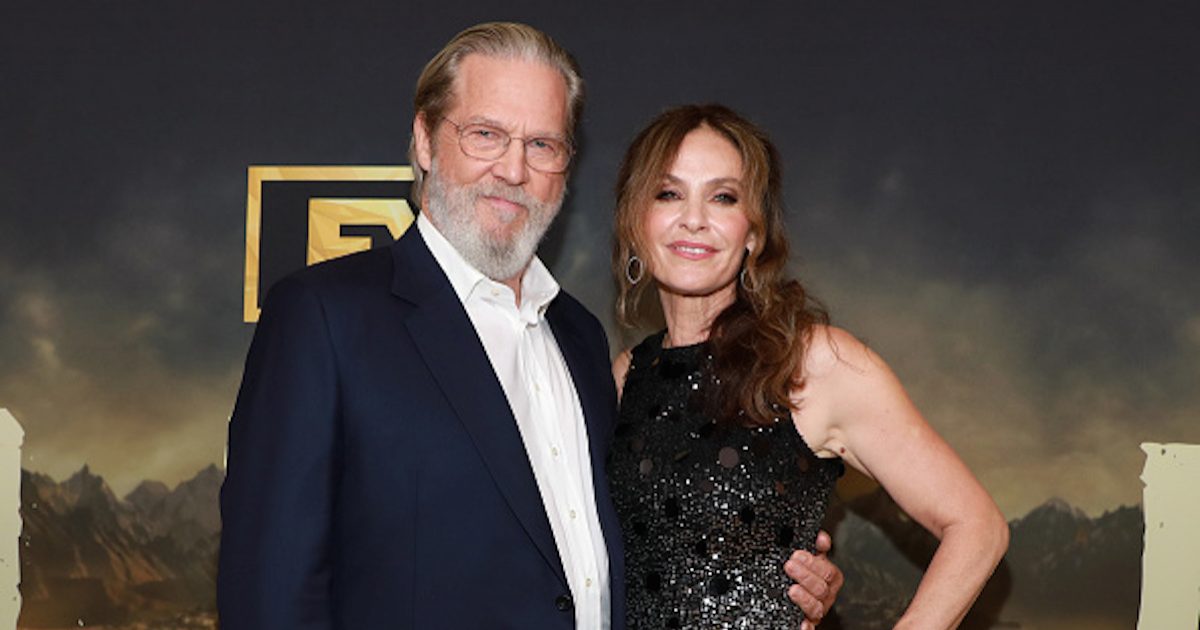 Actor Jeff Bridges, 73, impressed his fans, coworkers, and loved ones after a year of getting his strength back and returning on set for the FX thriller, The Old Man, after his battle with lymphoma.

Now, the beloved actor is being praised for his “lively” attitude and perseverance through a time of dealing with both cancer and Covid-19, something he previously recounted as being at “death’s door.”

Read More
Speaking at the 28th annual Critics Choice Awards over the weekend, an event where Bridges was given the Lifetime Achievement Award, actress Amy Brenneman opened up about why she looks up to her co-star who overcame both cancer and Covid-19. “I was with Jeff Bridges every day for 60 days,” Brenneman, 58, told PEOPLE in a recent interview. “I mean, literally we didn’t act with anybody else, and I changed because of it.” “I was always with Jeff and … then he was diagnosed with cancer. Honestly, during the cancer, he was really lively,” she added, recounting when she told him, “I think you’re going to beat this.”

However, when Bridges was sick with Covid-19, Brenneman didn’t hear from him for a bit, which made her realize he was “fighting for his life.”

Despite his health struggles, Bridges powered though and is now thriving after beating Covid-19 and cancer.

Explaining how Bridges inspires her, Brenneman said, “You look at people that are 15, 20 years down the line that are still creative, that are still brilliant, and you go, that’s the way you do it.”

She then opend up about how the Big Lebowski actor is her role model. “The only thing that parallels his artistry is his generosity and his connection, and, it’s sort of the deeper reason of why we all do this — human connection,” Brenneman said. “And Jeff talks very openly about that, and I am that way too. So I feel like I met my mentor.”

“He brings out the little kid in me of being in a musical at five. It’s like, oh my God. We get to just pretend to be other people. It’s hilarious.”

Jeff Bridges announced the news of his lymphoma cancer diagnosis in October 2020 on social media. He revealed his diagnosis saying, “I have a great team of doctors, and the prognosis is good.”

The actor had chemotherapy to treat his disease, and throughout his cancer journey, he kept his fans updated on his treatment process. He shared exciting updates, such as news that his tumor is shrinking, in his online journal and on social media. Lymphoma treatments can include, says the Mayo Clinic:

Luckily, his doctors were right about his prognosis. In September of last year, the actor posted on his blog that his cancer had entered remission.

“The 9” x 12” mass has shrunk down to the size of a marble,” Bridges writes. He also suffered after contracting Covid in the midst of his cancer battle in 2021. “Covid kicked my ass pretty good, but I’m double vaccinated and feeling much better now.”

After all of the struggle, like so many cancer survivors, Bridgers was left with a renewed appreciation for life.

“I’ll be honest. I didn’t know if I was going to make it,” he previously told Esquire. “I was on death’s door there for a while in the hospital … When I finally went back to work, after a two-year hiatus, it was the most bizarre kind of thing. It felt like a dream.”

“I came back after all that time, and saw the same faces [while shooting The Old Man], the same cast and crew,” he continued. “It was like we had a long weekend. I gathered everyone and I said, ‘I had the most bizarre dream, you guys.’ I was sick and out, but all that feels like a gray mush now.”

While Jeff Bridges didn’t disclose publicly the type of lymphoma he was diagnosed with, the two most common types of this disease are Hodgkin and non-Hodgkin lymphoma. Lymphoma is a cancer of the immune system that affects infection-fighting cells called lymphocytes. And there are more than 40 different types of lymphoma.

Hodgkin lymphoma differs from non-Hodgkin lymphoma because it has distinctive, giant cells called Reed-Sternberg cells. Non-Hodgkin lymphoma is much more common than Hodgkin lymphoma, but often more difficult to treat. Early symptoms of lymphoma can be tricky to notice as they may include swollen lymph nodes, fatigue or unexplained weight loss. Sometimes lymphomas that are slow-growing don’t need to be treated right away. But they require monitoring to see when they have turned aggressive. The American Society of Clinical Oncology says Hodgkin lymphoma survivors, in particular, should pay attention to signs of depression. About 15 percent of people develop a major depressive disorder after a cancer diagnosis.
NOW
PLAYING
Zanubrutinib May Delay Disease Progression in Chronic Lymphocytic Leukemia & Small Lymphocytic Lymphoma
NOW
PLAYING
Is A Restrictive Neutropenic Diet Really Necessary After a Bone Marrow Transplant?
NOW
PLAYING
For Some Advanced Breast Cancers Powered By Estrogen, The Drug Camizestrant Shows Promise Actually Degrading The Hormone
NOW
PLAYING
New Data: The Drug Ibrutinib May Help Some Younger Mantle Cell Lymphoma Patients Avoid A Stem Cell Transplant
NOW
PLAYING
Changing Landscape Of Ovarian Cancer Treatment: PARP Inhibitor Drugs Withdrawn For Some Indications
NOW
PLAYING
Newly FDA-Approved Drug Elahere May Be Effective Treatment For Patients With A Particularly Aggressive Form Of Ovarian Cancer