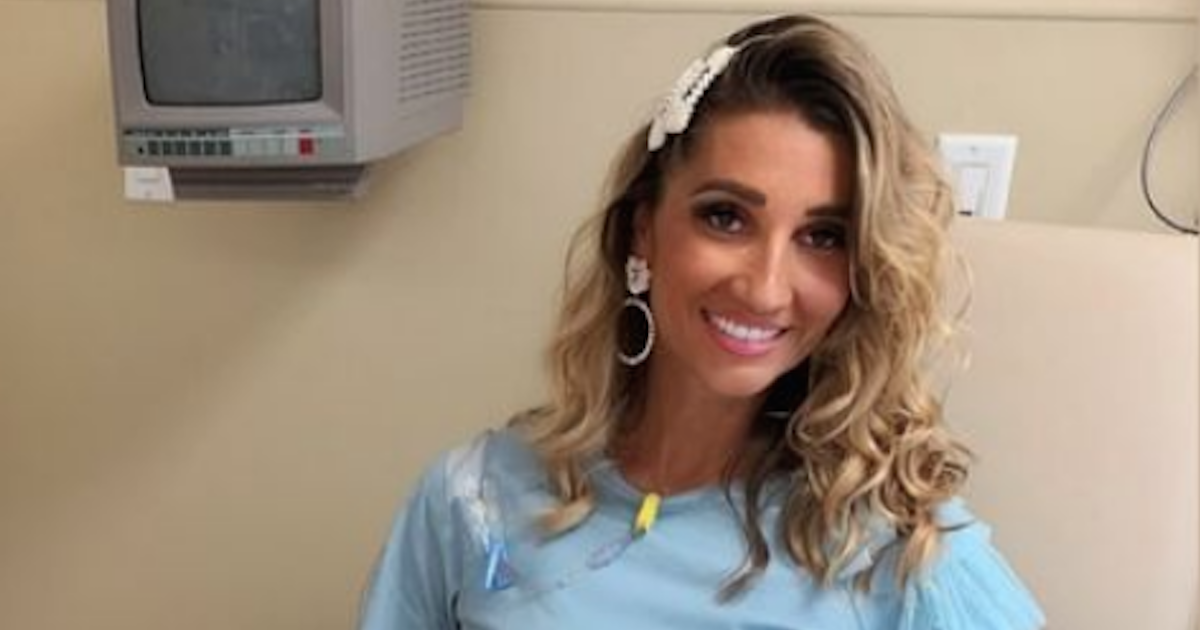 Josie Krysiak, a mom of three and a four-year colon cancer survivor, was misdiagnosed for more than one year before learning she had advanced colon cancer and needed emergency surgery.

Before receiving her cancer diagnosis, Krysiak visited multiple doctors and naturopaths in search of an answer, only to have them all misdiagnose her, she explains on social media.

Read More
“I was told I had a parasite, a bunch of bacteria in my stomach, I was just too young for colon cancer,” Krysiak, known as @josiedecorstyle, revealed in one of her TikTok videos. “Actually, colon cancer wasn’t even on the table. And I begged the doctor, when I went to PR one day with terrible stomach pains, for a CT scan” she continued. Krysiak recounts having blood work and an ultrasound, both showing everything was normal. She said that due to those tests being normal, her doctor didn’t want to follow through with a CT scan.

Luckily after following her gut feeling that something wasn’t right and pushing for an answer, she was diagnosed with stage three colon cancer and needed surgery to remove a massive tumor, most of her colon, and seven lymph nodes.

She dubbed her surgery a “life-saving colectomy.”

Both her diagnosis and surgery came one week after she traveled with her husband and three daughters to Jamaica for a beach getaway.

After “12 brutal rounds of chemotherapy, 51 hours of chemo every other week for six months” Krysiak, who confidently shows off her “warrior scar” on her stomach, rang the bell at her hospital to commemorate being cancer free.

Last January, when she celebrated being cancer free for three years, she shared a compilation of clips from her cancer journey, captioning the post, “I humbly consider myself a walking miracle.”

Krysiak, who is thankful her hair never fell out amid treatment and that her cancer never spread to her organs, continues to share her story on social media to inspire others to advocate for themselves.

RELATED: How Is Rectal Cancer Treated Differently Than Colon Cancer?

Treating Colon Cancer at Stages One, Two and Three

When it comes to treatment for colon cancer at stages one, two and three, there is the potential for a curative effect with surgical resection.

“As long as it hasn’t spread outside of the local area, it’s still considered a curable colon cancer,” Dr. Yeo told SurvivorNet.

According to Dr. Yeo, all patients with stage one to three colon cancers undergo surgery “if they’re healthy enough to tolerate it.” But there’s more nuance to the possibility of additional treatment for stages two and three.

“Stage 2 a little bit more in between,” she said. “It really depends on kind of the depth of the tumor into the colon wall and the risk that it has to spread.

If a stage two colon cancer has “bad features” identified by a pathology report, chemotherapy might be the right move.

“For example, if when they look at the pathology slides under the microscope, if they see that it’s involving some of the vessels nearby, then that is a higher risk factor,” she explained. “And then, those patients might be more likely to benefit from chemotherapy.”

Stage three colon cancers have spread to the lymph nodes. So, these patients “at least need a conversation of chemotherapy,” according to Dr. Yeo.

“For our patients with 3 or higher, they all need chemotherapy,” Dr. Yeo said.

Leading Experts Urge Us to Be Proactive

“If I had any advice for you following a cancer diagnosis, it would be, first, to seek out multiple opinions as to the best care,” National Cancer Institute Chief of Surgery Steven Rosenberg told us in a previous interview, “because finding a doctor who is up to the latest of information is important.”

As we highlight in several areas of SurvivorNet, highly respected doctors sometimes disagree on the right course of treatment, and advances in genetics and immunotherapy are creating new options. Also, in some instances the specific course of treatment is not clear cut. That’s even more reason why understanding the potential approaches to your disease is crucial.

At the National Cancer Institute, there is a patient referral service that will “guide patients to the right group depending on their disease state so that they can gain access to these new experimental treatments,” Rosenberg says.

Furthermore, getting another opinion may also help you avoid doctor biases. For example, some surgeons own radiation treatment centers. “So there may be a conflict of interest if you present to a surgeon that is recommending radiation because there is some ownership of that type of facility,” Dr. Jim Hu, director of robotic surgery at Weill Cornell Medical Center, tells SurvivorNet.

Other reasons to get a second opinion include:

Be Pushy, Be Your Own Advocate, Says Leading Expert

Bottom line, being proactive about your health could be a matter of life or death. Learn as much as you can from as many experts as you can, so that you know that you did your best to take control of your health.