Missing The Picture: 5 Things People Get Wrong About Breast Cancer 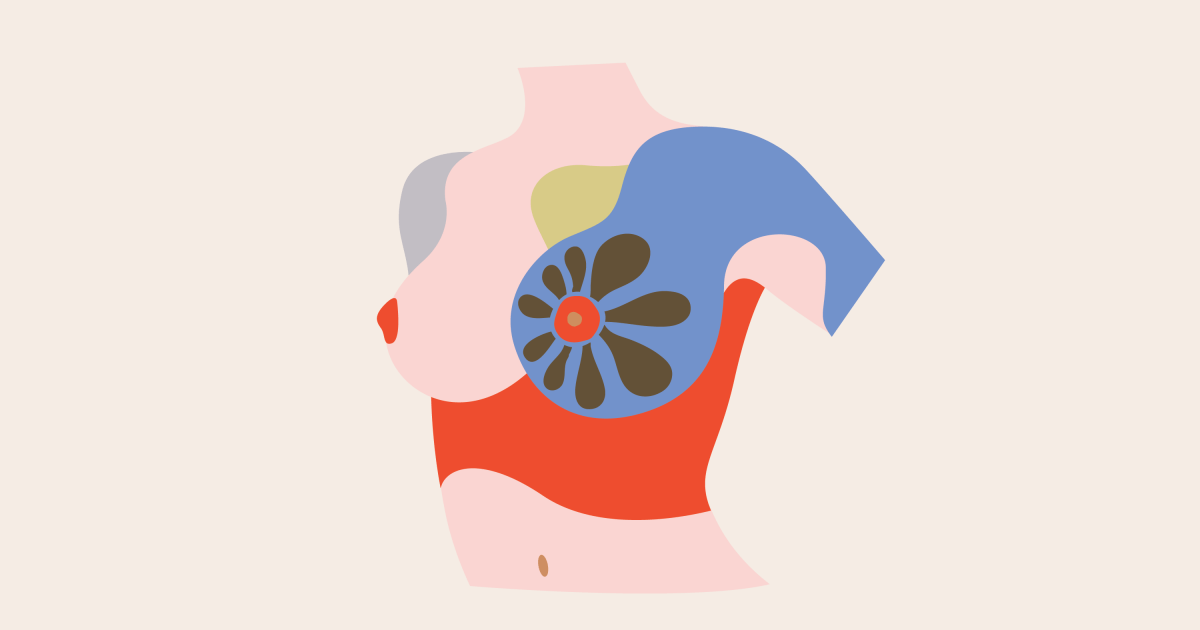 While this may be Breast Cancer Awareness Month, we at SurvivorNet are always working to bring awareness to our community and educate all people on all cancers. And with all cancers come stigma and assumptions about treatment, care, and really the more general information.

As goes breast cancer, it’s such a common cancer that many women and men have been touched by it in some way. Whether it be a loved one or a friend or a neighbor— it impacts almost everyone.

Read More
For that reason, we have compiled a list of some of the most common things people get wrong when they hear or are talking about breast cancer. While not an exhaustive list, this compilation will hopefully be a helpful companion to Breast Cancer Awareness Month.

1. So much progress has been made in breast cancer that everyone survives

While 90% of women diagnosed with breast cancer do not die from the cancer, metastatic breast cancer, or cancer that has spread beyond the breast, is still incurable and many women still don’t live. Breast cancer is the second most common cancer among women in the U.S. and has become the focus of much research, which has led to new and breakthrough treatments that are dramatically improving the outlook for people with this cancer. The only way to a cure is research, say our experts.

“The advances are coming at a pace that’s never been more electrified,” Myra Biblowit, the president of the Breast Cancer Research Foundation (BCRF), a nonprofit organization known for its breast cancer pink ribbon campaign, previously said to SurvivorNet.

Myra Biblowit, the President of the Breast Cancer Research Foundation (BCRF), a nonprofit organization says research is the reason women are surviving.

But for these advances and research to move forward there must be funding, said Biblowit.

BCRF was founded by Evelyn Lauder in 1993. Lauder, the daughter-in-law of makeup giant Estée Lauder’s founder, decided to use her money and public influence to fundamentally change the fight against cancer. Lauder and her partners at BCRF believed that funding was the key obstacle standing between breast cancer and a cure.

But the good news is that it’s now possible for women with late-stage breast cancer to do very well for long periods of time. There are many options, both new and old, to treat metastatic breast cancer.

For instance, targeted treatment is now available for women with HER2-positive breast cancer, meaning they have high levels of a protein called HER2 on the surface of their cancer cells. Drugs such as trastuzumab (Herceptin) and pertuzumab (Perjeta) have transformed the outlook for some women with late-stage breast cancers. These therapies, which are often combined with chemotherapy, can be effective at controlling metastatic breast cancer for many years.

In addition, there have been major advancements in the treatment of triple-negative breast cancer. This has historically been one of the most aggressive and hardest to treat forms of the disease, because it lacks any of the main drivers of breast cancer — the estrogen receptor, the progesterone receptor, and the HER2 receptor — and it doesn’t respond to treatments that target these receptors. 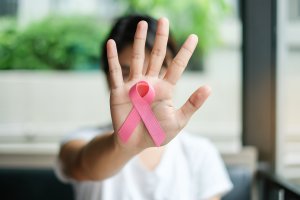 Many of us have come to associate the color pink with breast cancer. Pink ribbons, pink pins, pink socks— you name it, it’s been made. And while we love the support and awareness that pink brings to breast cancer, it’s good to remember that men can get breast cancer too and not every person is comfortable sharing their cancer diagnosis publicly.

Along those same lines of inclusivity, not long ago the National Football League “quietly shifted its traditional breast cancer awareness focus to a broader cancer-awareness effort,” according to NBC Sports. “According to the NFL, players are permitted to wear cleats, shoelaces, and wristbands that represent any type of cancer awareness that they support or that has impacted them.”

You may have read about the TAILORx trial, a total game-changer when it comes to diagnosing and treating breast cancer. The study found that thousands of women would actually not benefit from chemotherapy, and can have their cancer treated by hormone therapy alone.

Doctors use the Oncotype DX test to determine if a woman has a good enough prognosis to avoid the risks and side effects associated with chemotherapy. Deciding whether or not a patient needs chemotherapy will depend on their age and their Oncotype score.

If a person’s score is low enough, that means their prognosis will not improve at all with chemotherapy, and they can be spared the treatment.

“It means tens of thousands of women who we might otherwise give chemotherapy to have such a good prognosis from their cancer, the chemotherapy would not improve their outcomes from their cancer and they could do hormonal therapy alone,” said Dr. Elizabeth Comen, medical oncologist at Memorial Sloan Kettering Cancer Center and a SurvivorNet advisor.

In addition, there are alternative therapies such as immunotherapy and targeted therapy. However, immunotherapy hasn’t been widely effective in breast cancer yet and is not a standard of care. There have been some recent trials that paired immunotherapy with chemotherapy and also with targeted agents that have shown some potential in treating the disease.

These drugs are primarily used in women with hormone receptor-positive and HER2-negative breast cancer. When they are combined with other hormone therapy, many women can have up to two years of their cancer not getting any worse.

The bottom line for those thinking all breast cancer patients get chemotherapy is that it entirely depends on what stage the cancer is in and many other considerations are made before a chemotherapy treatment is decided.

4. If you don’t have money or connections, you can’t get the best treatment

While money does matter, many major cancer centers are required to take a certain set of patients with Medicare and Medicaid health insurance.

Health insurance is unlikely to cover 100 percent of a cancer treatment, but there are resources available. For example, it’s common for doctors to get on the phone and advocate on your behalf with your insurance company. Many drug companies and clinical trials also offer patient assistance programs.

Dr. Nina Shah, a hematologist at the Hematology and Blood and Marrow Transplant Clinic, explains how cancer patients can get financial assistance.

It is worth checking if you are eligible for these programs. The social workers at your cancer care clinic can help guide you through the various options. Patient advocacy groups are also willing to help in several ways–and your church or social group may be another source of support.

Please remember there is help out there for patients and don’t be afraid to ask.

Sloan Kettering’s Dr. Lewis Kampel previously sat down for an interview with SurivorNet, where he explained his history with the Center.

“The Ralph Lauren Cancer Center was developed more than 15 years ago with the charge of reducing disparities in cancer incidence and impact in Harlem and surrounding communities,” Dr. Kampel said. “We do that by providing screening services, preventative services, and treatment services, along with other services to patients who might otherwise have trouble getting care.”

5. After treatment, life is great again

For many people the cancer treatment is only the beginning. Taking care of yourself afterwards is sometimes the much harder part.

A study from earlier this year found nearly one-third of breast cancer patients experience temporary or lasting symptoms of depression, both during and after treatment.

If you’re having feelings of depression or you’re overwhelmed after your cancer diagnosis, get connected with a mental health professional as soon as possible. There’s support available to you.

Many comprehensive cancer centers do have supportive care centers and teams of specialists dedicated to helping people going through these experiences. But some may not and even if they do offer the resources patients aren’t accessing them.

We at SurvivorNet have made a whole new channel dedicated to mental health content to help those who are struggling. We have consulted with top doctors in the field to offer their resources to those grappling with their mental health and seeking treatment or solutions.

Dr. Scott Irwin, a psychiatrist and Director of Supportive Care Services at Cedars-Sinai Medical Center, gives advice for those dealing with grief.

NOW
PLAYING
35-Year-Old Woman With Breast Cancer Told She Was Too Young For A Mammogram
NOW
PLAYING
Genetic test for breast cancer may save lives or cause unnecessary stress
NOW
PLAYING
'Am I Going To Look Like Frankenstein?' Actress Miranda McKeon, 20, Of 'Anne With An E,' Opens Up About Her Mastectomy And Breast Cancer Battle
NOW
PLAYING
'My Heart Was Jumping Off My Chest!' Mom, 31, Eight Months Pregnant With Her Third Child, Is Shocked To Be Diagnosed With Breast Cancer
NOW
PLAYING
Beyoncé's Father, Mathew Knowles, 70, Is a MALE Breast Cancer Survivor: He's Warning That Men CAN Get Breast Cancer Too
NOW
PLAYING
The Major Change That Every Metastatic Breast Cancer Patient Should Get Tested For - SurvivorNet Adviser Dr. Elizabeth Comen On 'GMA'