On Eve of Huge Fight In Brutal UFC, Fighter Phil Rowe, 32, Consumed With Caring For His Mother With Cancer 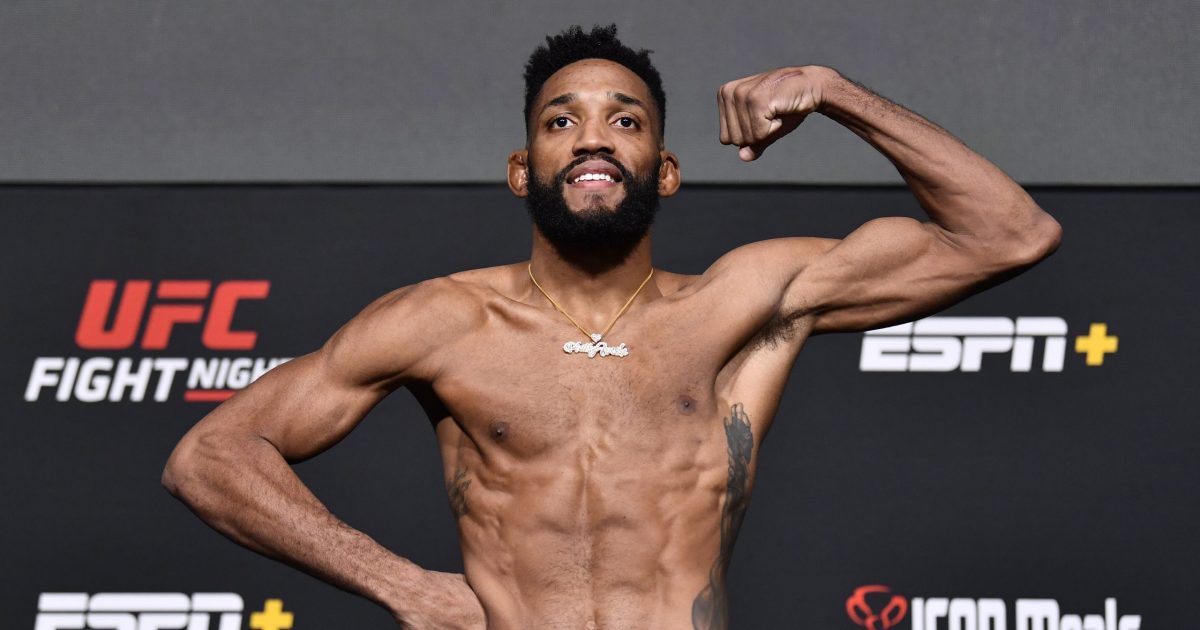 The Complexity of Caregiving

Philip Rowe, 32, always has his eyes on the prize. But now the UFC fighter’s time is also consumed by something even more pressing: his mother’s cancer journey.

Rowe’s newt fight will go down on Saturday night as a part of UFC Fight Night on ESPN. His opponent will be Niko Price who’s a veteran fighter returning to the ring after more than a year off for knee surgery.

Read More
“Respectfully, I’m better than him everywhere,” Rowe said of Price. “He’s kind of an awkward fighter. They call him a brawler, a tough guy — that means he can take a lot of punishment, and I’ll give it to him. I’m not there to be technical, I’m there to hurt him and go home.”

And getting home is so important to Rowe because that’s where his mother is facing a fight of her own. She was diagnosed with multiple myeloma and breast cancer earlier this year, just weeks apart. She’s been being treated separately for both diseases. Last week, Rowe shared that her multiple myeloma was under control.

What Is a Blood Cancer – How Is It Different?

And now, she’s waiting for PET scan results to see if her cancer is in remission after completing her last treatment of this round of chemotherapy earlier this month.

“I fight, no matter what,” Rowe said of his commitment to fight while caregiving for his mother. “I’ve trained every day for the past 11 years. Every day I clock in and clock out. I’m blessed to do what I do and be good at it. But I know how minuscule this is compared to my other obligations to my family.”

The Complexity of Caregiving

When you take on a caregiving role like Philip Rowe, there’s a lot that can fall on your plate. It’s important to understand your loved one’s diagnosis and help them follow the instructions from the cancer-care team.

“I encourage caregivers to come in to visits with my patients, because in that way, the caregiver is also listening to the recommendations — what should be done in between these visits, any changes in treatment plans, any toxicities [side effects] that we need to look out for, changes in dietary habits, exercise, etc.,” Dr. Jayanthi Lea, a gynecologic oncologist at UT Southwestern Medical Center, previously told SurvivorNet.

How to Be a Better Caregiver for Your Loved One

That being said, it’s natural that filling this role can bring up a whole host of emotions.

Tom Evans, a pastor of the Brick Presbyterian Church located in the Carnegie Hill neighborhood of New York City, previously spoke with SurvivorNet about the complexity of caregiving.

“When you find yourself suddenly having to care for somebody, to be the primary lifeline for them, you very well could have mixed emotions,” he said. “Maybe it’s anger. Maybe this person never cared for you in the past, and now you have to do it for them. And maybe you’re gonna feel like you’re selfish when you need a break.”

But Evans wants caregivers to prioritize their own wellbeing too and remind people filling this role that no one can be a caregiver 24/7.

“It’ll break anybody,” Evans said. “Just remember that you can’t care for someone else properly unless you’re strong. So, don’t hesitate to find those times.”

He also added that caregivers need to find time away from caregiving and even find time for others to help them. They also should, in his opinion, make sure the emotions they feel throughout their caregiving journey are being heard.

“In those frustrations and that anger, take time to find someone to express that to,” he said. “Whether it’s a friend, whether it’s a pastor, whether it’s a neighbor, because as you work that out of your system, you’ll be better, able to be there for them.”

Multiple myeloma is a type of blood cancer involving plasma cells – a certain kind of mature white blood cell in the bone marrow that helps fight infection by producing proteins that help your immune system fend itself against germs. So, in order to understand multiple myeloma, it’s important to talk about the bone marrow.

The Induction Phase of Multiple Myeloma Treatment: What Are the Options?

“The bone marrow is the factory that makes all of the cells that wind up in our bloodstream,” Dr. Mikkael Sekeres, the chief of the Division of Hematology at the University of Miami Sylvester Comprehensive Cancer Center, previously told SurvivorNet.

RELATED: Single Mom And Caregiver To Adult Daughter With Down Syndrome Diagnosed With Multiple Myeloma After Her Children Notice She Is Shrinking

Eventually, the myelomas grow too large in the bone marrow which can cause bone fractures. Myelomas can also lead to kidney damage because these cancerous cells release abnormally high levels of antibodies into the bloodstream which eventually build up in the kidney since its unable to process these extra proteins.

University of California at San Francisco hematologist-oncologist Dr. Nina Shah says cases of multiple myeloma can be grouped into categories that help physicians decide on the appropriate courses of treatment.

Stem Cell Transplants for Multiple Myeloma: Who Is Eligible and What if Your Cancer Center Doesn’t Offer Them?

“We tend to [divide them] based on how risky the myeloma is, whereas other cancers will be staged based on how far the cancer has spread,” Dr. Shah previously told SurvivorNet.

The three stages of myeloma include the following:

RELATED: ‘I’m in Remission Now, and I’m Living in It!’: Young Multiple Myeloma Warrior From Maryland Shares Her Fierce Battle and Impenetrable Optimism

Technically, there is no cure for this disease, but recent advances in medicine have made room for hope – especially with early diagnoses.

“This is still considered an incurable disease,” Dr. Shah said. “But we want to make sure we make people understand that it’s a disease that you can live with – not necessarily have to die of.”

Breast cancer is a common cancer that has been the subject of much research. Many women develop breast cancer every year, but men can develop this cancer too – though it is much more rare, in part, due to the simple fact that they have less breast tissue.

“These receptors, I like to imagine them like little hands on the outside of the cell, they can grab hold of what we call ligands, and these ligands are essentially the hormones that may be circulating in the bloodstream that can then be pulled into this cancer cell and used as a fertilizer, as growth support for the cells,” Dr. Elizabeth Comen, a medical oncologist at Memorial Sloan Kettering Cancer Center, previously told SurvivorNet.

Caregivers Can’t Provide Optimal Care for Their Loved Ones With Cancer If They Don’t Care for Themselves How to Be a Better Caregiver for Your Loved One Balancing Parenthood, Being a Caregiver and a Cancer Diagnosis
NOW
PLAYING
Huge Outpouring of Love For Beloved Peloton Instructor Leanne Hainsby, 35, As She Announces Breast Cancer Diagnosis
NOW
PLAYING
Brave Expecting Mother, 32, Battles Breast Cancer After Finding Lump While Breastfeeding Her First Child
NOW
PLAYING
The Original Supermodel Janice Dickinson, 67, Refuses To Accept Shaming About Her Appearance; Resilience To Beat Beat Breast Cancer And Trolls
NOW
PLAYING
For Father Of Four, 43, Soreness From New Orange Theory Gym Kick Turned Out To Be Cancer
NOW
PLAYING
What is the Philadelphia Chromosome in Chronic Myeloid Leukemia (CML)?
NOW
PLAYING
Woman, 41, With Bubbles In Her Urine Dismissed By Doctors. Turns Out To Have The Blood Cancer Multiple Myeloma.