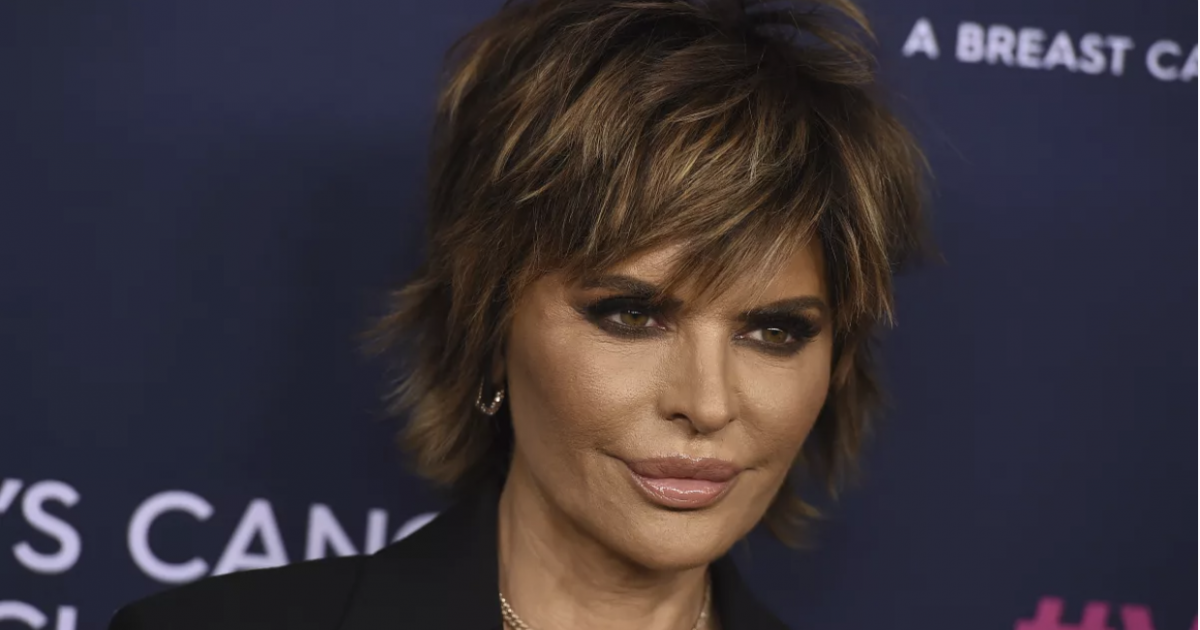 No, Stress Is Not A Cause Of Cancer

The Real Housewives of Beverly Hills star Lisa Rinna, 59, is facing some heat from the American Institute for Cancer Research, after saying if she didn’t air her grievances of a cast member she would get sick and get cancer.

“I’m not going to take it to my grave because I’d get sick and get cancer if I didn’t express this,” said Rinna during the season finale of RHOBH‘s 12th season, which aired in October.

Read More
Rinna in the episode tried to justify sharing secrets her cast member, Kathy Hilton, had told her and used cancer as a comparison to how ill she may be if she didn’t share. “That’s how bad it is to have these kinds of things go on and not express them,” Rinna says during the episode. “I’ll get sick and die because it’s that vital.” The American Institute for Cancer Research was quick to respond to this glib comment. A rep for AICR told TMZ, Rinna is “just using the specter of cancer as emotional blackmail to justify airing her grievance.”

Furthermore, AICR said Rinna, best know for her roles on Days of Our Lives and Melrose Place, is completely wrong about how cancer enters the body and “they say there is no strong evidence to support stress being the cause of cancer,” according to TMZ.

SurvivorNet has resources on range of cancers including, but not limited to breast, colon, pancreatic, bladder, lung, ovarian, and prostate. We include highly-detailed content on every aspect of a cancer diagnosis, but none of our research or experts have found stress as a cause for cancer.

Stress, however, can cause or lead to other cancer-causing habits, such as high blood pressure and weight gain, and sometimes heart disease and diabetes if it’s left unchecked. It can also impact your sleeping habits— making you extremely tired, but somehow unable to fall asleep. It can affect your mood, your relationships, your habits.

However, according to the National Cancer Institute (NCI), “the evidence that it can cause cancer is weak.”

In a previous interview with SurvivorNet, Dr. Elizabeth Comen, an advisor to SurvivorNet and a breast cancer oncologist at the Memorial Sloan Kettering Cancer Center talked about stress and cancer, and she told us that, “the truth of the matter is that there are a lot of people who are super stressed out and not getting breast cancer, [while] there are also people who are vegan and doing yoga, and meditating every day, and living in the middle of a farm somewhere in Costa Rica, and they’re getting breast cancer.”

Dr. Elizabeth Comen, an advisor to SurvivorNet and a breast cancer oncologist at the Memorial Sloan Kettering Cancer Center, explains the myth behind Vitamin C and cancer.

Most studies to date have highlighted a link between stress and cancer, not a cause. This means that the evidence does not show that the cancer diagnoses in people with chronic stress are because of the stress. They could, instead, stem from some other variable, like genetic inheritance or known cancer-causing behaviors that tend to go hand in hand with stress.

Coping With A Cancer Diagnosis

A cancer diagnosis brings on waves of emotion and struggling mentally looks different for everyone. Some people could be very high-functioning, while others have much more glaring signs that indicate depression. Sometimes, perhaps after a particularly stressful life event, people may begin feeling anger that seems irrational or uncharacteristic.

Dr. William Breitbart, chair of the Department of Psychiatry and Behavioral Sciences at Memorial Sloan Kettering Cancer Center, says that when he sees patients dealing with some sort of life-changing or even life-threatening challenge, such as a cancer diagnosis, they may turn to anger as a way to cope.

Dr. William Breitbart, chair of the Department of Psychiatry and Behavioral Sciences at Memorial Sloan Kettering Cancer Center, discusses ways to cope when given a cancer diagnosis.

“One gets angry because one hasn’t quite achieved and fulfilled the tasks that they set out for their lives and the responsibilities that they’ve committed to fulfill,” Dr. Breitbart explains.

Treatment may involve speaking with a professional and trying to come up with ways to achieve those goals. However, Dr. Breitbart notes that guiding these patients to accept their own vulnerability is also crucial.

With assistance from Caroline Hopkins