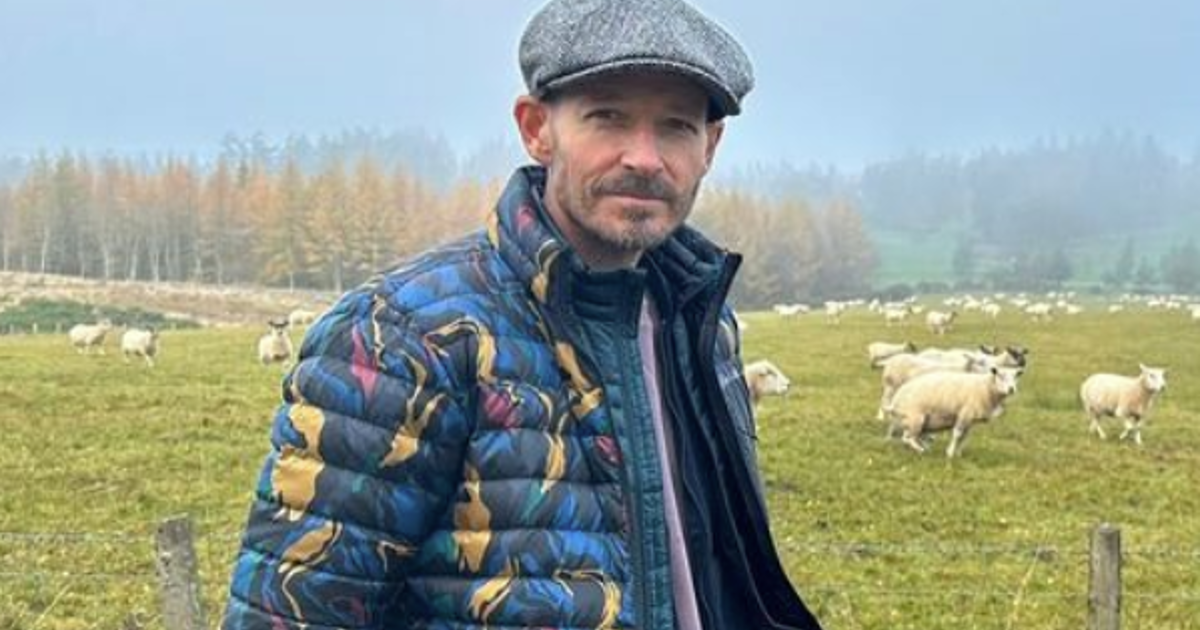 Jonnie Irwin, the host of BBC‘s “Escape to the Country” who recently revealed that his lung cancer had spread, or metastasized to his brain, has claimed the producers of A Place in the Sun fired him after learning of his cancer diagnosis.

The 49-year-old dad of three and loving husband spoke about the sad news this week to The Sun, explaining that Freeform Productions removed him as the host of the Channel 4 house-hunting show, a move which left him devastated. But an outpouring of support from fans across the internet has brought some light to his situation.

Read More
According to Irwin, the production company “paid him off for the rest of the show’s season and didn’t renew his contract” after he informed them of his cancer diagnosis in August 2020. “The outpouring has been phenomenal. I’ve had messages from people all over the world, wishing me well. Thousands of people have left me heart-warming comments on Instagram and I promise I will try to read them all,” Irwin told the news outlet. “They range from practical, scientific advice to ones from very religious people. There are thousands and thousands of them on my social media platforms and it’s been great,” he added. “I’ve not hidden away but I’m not bothered about the limelight. I had no idea how much people really liked what I did and I know that now.”

As a result of his job loss, Irwin chose not to tell others about his cancer diagnosis until two years later, out of fear he would lose more work.

Recounting what was said before losing the job, Irwin explained, “When I said I can get you doctor notes and assurances from my oncologist that I am fit to work, I was told, verbatim, ‘Oh, you really don’t want to go down that route, do you?’ They said, ‘We don’t think we can get the insurance,’ not ‘We can’t get the insurance,’ but, ‘We don’t think…’ That broke my heart and affected my mental health.”

Irwin was saddened that just two weeks after he stopped working for the production company, someone else filled his place.

Meanwhile, Freeform Productions and Channel 4 told The Sun in a statement that, “No stone was left unturned in trying to enable Jonnie to continue his international filming with us during Covid but the production company were unable to secure adequate insurance cover for him.”

And in a recent Instagram post, revealing Irwin had gone on vacation with his wife in the wake of his job loss and his cancer diagnosis, the TV star wrote, “Been a hell of a week. I’m bowled over by the lovely messages thank you all so much. As touching as it’s been, I’ve also found it quite surreal – almost like we’re talking about some else.”

Days prior to that, Irwin shared another post from what appeared to be another vacation spot.

“Overwhelmed by your kind messages, not had the chance to read them all yet but I assure you I will. Yesterday I needed some headspace so I escaped to the country with my brother in law and his dog. It was a tonic. Xx,” he captioned the post.

Irwin’s first warning sign came when his vision went blurry while driving in August 2020 during a filming trip.

“Within a week of flying back from filming, I was being given six months to live,” he previously said. “I had to go home and tell my wife, who was looking after our babies, that she was on her own pretty much. That was devastating. All I could do was apologize to her. I felt so responsible.”

His wife Jessica is 40 years old, and the couple shares their 3-year-old son Rex and 2-year-old twins Rafa and Cormac. And though drugs have been prolonging his life, Irwin’s future remains uncertain. He’s trying his best to spend precious time with his family and not let his disease ruin whatever time he has with them.

“I don’t know how long I have left, but I try to stay positive and my attitude is that I’m living with cancer, not dying from it,” he said. “I set little markers – things I want to be around for. I got into the habit of saying: ‘Don’t plan ahead because I might not be well enough.’ But now I want to make plans.

“I want to make memories and capture these moments with my family because the reality is, my boys are going to grow up not knowing their dad and that breaks my heart.”

Regardless of the harrowing path ahead, Irwin is determined to put up a fight.

“One day, this is going to catch up with me,” he said. “But I’m doing everything I can to hold that day off for as long as possible. I owe that to Jess and our boys. Some people in my position have bucket lists, but I just want us to do as much as we can as a family.”

Lung cancer is the second most common type of cancer. Diagnosis and treatment of the disease can be tricky since symptoms often don’t appear until the cancer has spread.

Immunotherapy and Targeted Therapy for Lung Cancer: What Is It?

Declining smoking rates have lead to an improved outlook for lung cancer. This is because cigarette smoking is the number one risk factor for the disease and people who smoke cigarettes are 15 to 30 times more likely to get lung cancer or die from the disease than people who don’t smoke. In fact, the Centers for Disease Control & Prevention states that cigarette smoking is linked to about 80 to 90 percent of lung cancer deaths.

Despite the fact that lung cancer is the leading cause of cancer deaths for men and women in the United States, there has been lots of progress within the world of lung cancer treatment – specifically when it comes to immunotherapy.

Getting even more specific, checkpoint inhibitors and our ability to genetically test for targeted medications have made a huge difference. Checkpoint inhibitors are a class of immunotherapy drugs that specifically target proteins found either on immune or cancer cells to prevent their binding together. In other words, these drugs don’t kill cancer cells directly, but instead stimulate the immune system to attack cancer cells while hopefully not affecting other surrounding healthy cells.

“It’s amazing to me now that you can have Stage IV lung cancer and actually not even need chemotherapy,” Dr. Stiles said. “If you have high expression of a protein that we know is targeted by immunotherapy, you may just get immunotherapy alone.”

Facing Cancer as a Parent

Battling cancer as a parent is a huge challenge. And thoughts about leaving your children may be harder than the actual diagnosis itself.

Telling Your Kids You Have Cancer ‘When it Comes to Your Kids, You Want to Protect Them’

In a previous interview with SurvivorNet, breast cancer survivor Gina de Givenchy shared her experience of telling her 12-year-old daughter she had cancer.

“I felt it was important to mask it because I really wanted her to know that I was going to be OK,” she said. “I didn’t want her to see me weak and sickly… when it comes to your kids, I think you always want to sort of protect them.”

Thinking of your children when you’re facing cancer can be incredibly daunting, but having little ones can also give cancer patients another huge reason to fight for their lives.

Jovannie Lorenzo knows this to be true. She was just 32 years old when she was diagnosed with colon cancer. In a conversation with SurvivorNet, she explains the immense fear she felt during her cancer journey. Not just because of the cancer itself, but also because of her three kids. As a single parent, Lorenzo knew she needed to do everything she could to be around to raise them.

Facing a Cancer Diagnosis as a Single Parent: “I Knew I Had to Fight for My Life”

“I knew that I had to do everything possible to be here for my children,” Lorenzo says. “They are my saving grace. They are the reason I wake up every morning. They are the reason why I fight every single day and I make a choice to be positive, to be happy, and to move forward.”

Lung cancer is the second most common form of cancer, and the leading cause of cancer deaths in both men and women in the United States. Smoking is, of course, the primary cause of lung cancer, but non-smokers can, and do, develop this disease. The good news is that if you quit smoking, your risk for lung cancer decreases. There are several surgeries for lung cancer, and the decision about which is best is based on the location of your cancer, its size and whether it has spread.
NOW
PLAYING
'The Good Place' Star Jameela Jamil, 36, Reveals Rare Disorder Causing Elasticity In Her Face
NOW
PLAYING
Battling MS, Christina Applegate, 51, Says She Uses Humor So People Are Not Uncomfortable Around Her
NOW
PLAYING
Actress Judi Dench, 88, Admits She Has Trouble Seeing, But Won't Quit Acting-- Coping With Age-Related Macular Degeneration
NOW
PLAYING
59-Year-Old Woman's Unexplained Weight Loss Turned Out To Be Lung Cancer But She Never Smoked
NOW
PLAYING
Popular TV Host's 'Torrid Night of Pain' While Battling Lung Cancer
NOW
PLAYING
George Harrison's Wife, Olivia, Pays Tribute to the Beatles Legend 21 Years After He Passed From Lung Cancer