Cindy Henry, 66, Wife Of Fort Wayne Mayor Tom Henry, Says She Has Pancreatic Cancer, Vows To Fight It ‘With Everything I Can Muster’

Cindy Henry said she and her husband, 70, have decided he'll still run for a historic fifth term as mayor despite her diagnosis. 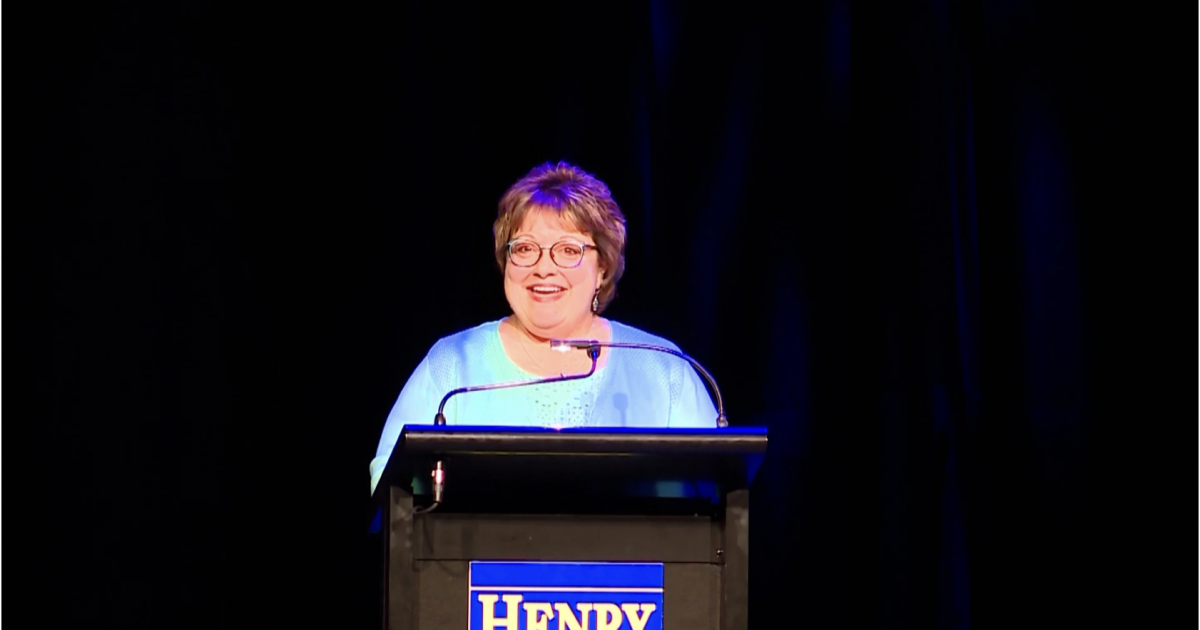 Cindy Henry, 66, the wife of Fort Wayne, Ind. Mayor Tom Henry, 70, says she has pancreatic cancer and vows “to fight this diagnosis with everything I can muster.”

“It is with a very heavy heart that I announce today I have been recently diagnosed with pancreatic cancer,” said Mrs. Henry, in an op-ed posted in the Journal Gazette. “Admittedly, this is not really a bump but rather a huge pothole.”

Read More
Mrs. Henry added that she and her husband spoke at length about his desire to run for a historic fifth term and ultimately decided for him to continue his race. “I continue to encourage him now, as I did before, to move forward with his plan to ask the voters for a final chance to finish his dream,” said Mrs. Henry. “I know he’s worried about me, and he has vacillated about continuing to run. But, honestly, can you tell me who could accomplish this better than my husband, the best mayor this city has ever known?,” she added.

“Every type of cancer is different, that’s why treatment strategies differ from cancer to cancer. However, one thing that they do all have in common is that the earlier they’re found, the higher the chance of successfully treating them. Pancreatic cancer is no different. And with a five year survival rate of just nine percent, it’s vital that it’s caught as early as possible,” said Dr. Anirban Maitra, the co-leader of Pancreatic Cancer Moon Shot at MD Anderson Cancer, in a previous interview with SurvivorNet.

This year alone nearly 62,000 people will be diagnosed with pancreatic cancer and 49,000 will die, according to the American Cancer Society’s estimates.

“Although pancreatic cancer survival rates have been improving for decades, it’s still considered to be largely incurable. An exception to this is if the tumor is still small enough and localized enough to be operated on. As most pancreatic cancers are particularly aggressive and progress rapidly, this means we need to catch them early,” said Dr. Maitra.

He adds, there are challenges to this. As the pancreas is deep inside the body, a tumor on it isn’t as readily detectable as say, a melanoma on somebody’s face, but there are symptoms that could point to pancreatic cancer.

One of the main reasons that pancreatic cancer is so deadly, says Dr. Maitra, is that it often isn’t caught in time.

There has been hopeful progress made in the areas of pancreatic cancer research and treatment. While the disease does still have a poor prognosis, there have been incredible advances over the past couple of years.

One of the biggest developments in cancer research in recent years involved pancreatic cancer: A clinical trial showed, for the first time, that a class of drugs called PARP inhibitors may be effective in treating pancreatic cancer.

RELATED: How Do PARP Inhibitors Work for Pancreatic Cancer?

PARP inhibitors work by preventing cancer cells that have been damaged — often during the course of chemotherapy — from naturally healing themselves, and have shown significant promise in treating ovarian cancer and breast cancer. However, a study presented at the American Society of Clinical Oncology (ASCO) Annual Meeting in 2019 revealed that one of these PARP inhibitor drugs, called olaparib (Lynparza), may work for pancreatic cancer as well.

The drug extended the amount of time that patients with advanced stages of pancreatic cancer who had mutations of the BRCA gene could live without the cancer getting any worse (a measurement doctors call “progression-free survival”). The drug was granted full Food and Drug Administration (FDA) approval.

Another recent study showed some promising results for using immunotherapy — or the process of activating a patient’s own immune system to recognize and attack cancer cells — to treat pancreatic cancer. The study, funded by the Parker Institute for Cancer Immunotherapy and released in April 2019, combined two immunotherapy drugs with chemotherapy — and found some patients experienced either shrinking of tumors, or a slowing of the progression of tumors.

Up until this unique combination of drugs was tested, immunotherapy for pancreatic cancer hadn’t historically worked well.

“Up until now, immunotherapy hasn’t had a big role,” Dr. Allyson Ocean, Medical Oncologist at Weill Cornell Medicine and NewYork-Presbyterian, told SurvivorNet at the time. “Now this study is combining two immunotherapy drugs with frontline standard chemotherapy, and we’re seeing response rates that are significantly better than what was published with other chemotherapies alone.”

Immunotherapy does not work for all patients with advanced pancreatic cancer, but the advances presented in this study and others throughout 2019 are giving those facing this disease a lot of hope.

Mrs. Henry did not share what stage her pancreatic cancer is, but said in her op-ed she will likely be out of the public eye for awhile “because of my compromised immunity and COVID still lurking around every corner.”

“But I promise I’ll be there with you to enjoy all of the rich blessings God has bestowed on all of us as members of this very special place we call home, our beloved Fort Wayne,” said Mrs. Henry.

With assistance from Laura Gesualdi

Everyone wonders whether X, Y, or Z causes cancer. In this series, experts weigh in on what we know and what we don’t.