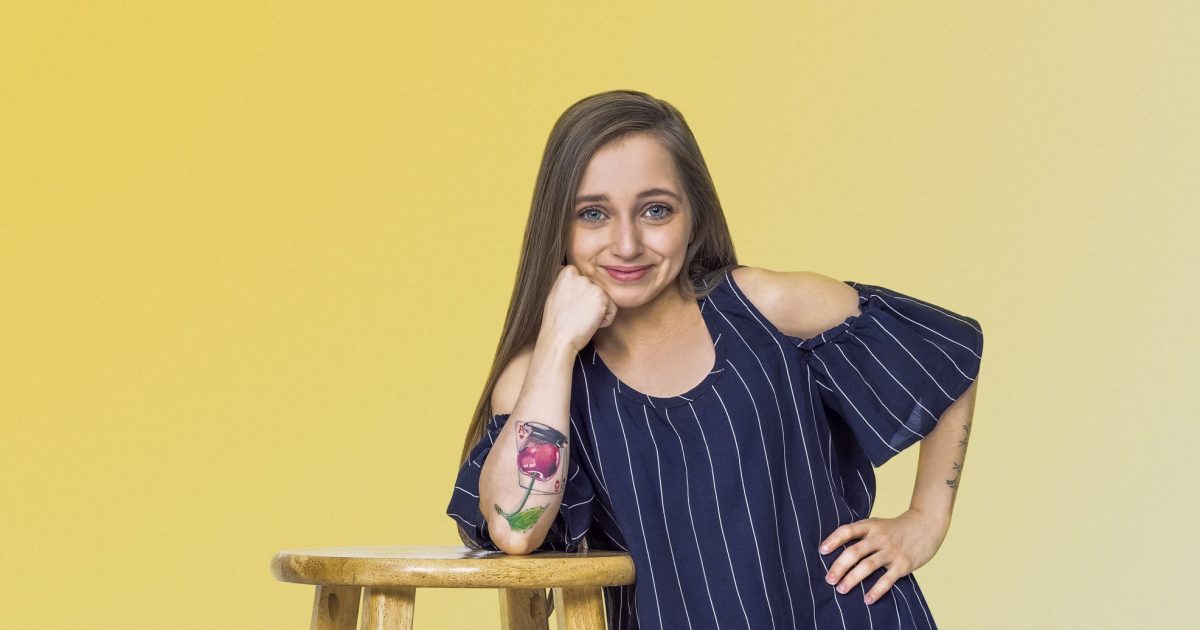 Battling Brain Cancer as a Child & Life After Cancer

I Am Shauna Rae reality star Shauna Rae, 23, continues to thrive and live her best life after beating brain cancer as a child; she’s entertaining a new romance, despite her physical limitations – her cancer battle left her “stuck” in the body of an 8-year-old girl. Today, Rae is cancer-free and thriving.

Rae is 3 feet, 10 inches tall, and is sometimes mistaken for a child. She has spoken openly about the challenges of her size, including when it comes to dating struggles. Rae has introduced her parents to a new potential partner who first reached out to Rae on social media after seeing her show on TLC and then sent her flowers.

Read More
Rae spoke on the show how she connected with Dan Swygart, 26. The Daily Mail reports that Swygart is a traveler from Wales and watched the first season of her show.

The newspaper reports how Rae has shared about their connection, saying, “Dan and I met through social media, and we talked for a couple months. He travels so often, so he doesn’t have service everywhere he goes,” she says. “We kind of just got along, and we have a lot similar in our lives.”

Rae says that she, too, shares a desire to travel and that Dan’s travels “piqued her interest.” The Long Island resident shares, “He’s just a nice guy.”

Rae reveals, “I haven’t actually really thought about if Dan and I were in a relationship and how that would look. I assume that we would probably try long-distance, but I’ve been in a long-distance relationship. It’s not my cup of tea.”

When she was six months old, Rae’s mom noticed a bump on her daughter’s head. She was sent to Children’s Hospital in Pittsburgh where she was diagnosed with grade 4 malignant glioma, a cancerous brain tumor. She treated it with surgery and three and a half years of chemotherapy.

Rae’s mom noticed later on that Rae wasn’t growing at the rate of other kids in her class. In an earlier interview with SurvivorNet, Rae says, “I was on and off hormones throughout my childhood,” she says. At 16, she stopped taking hormones and realizes her growth was stunted permanently. “I was stuck,” she tells SurvivorNet.

Brain tumors can sometimes be the result of cancer that has originated from another organ but has spread to the brain. In a previous interview, Dr. Melanie Hayden Gephart, a neurosurgeon at Stanford Medicine, explains the spread of cancer. She says, “Lung cancer is one of the most common types of tumors to metastasize to the brain. I think the key is that if we can minimize the side effects of the treatment, that’s our main goal, and provide effective treatment of the brain tumor. That frequently looks like a combination of systemic chemotherapy, or targeted therapies, focused radiation, and surgery.”

“Surgery’s indicated if the tumor is over a certain size, is otherwise limited, and if the patient has a significant neurologic deficit that is associated with that tumor itself,” says Dr. Gephart. “Focused radiation is ideal if there’s a small number of small-volume tumors. Whole-brain radiation is indicated if the patient has failed other mechanisms of systemic treatment and has too many tumors that could be treated with focused radiation.”

“Sometimes when patients are diagnosed with metastatic brain tumors, right at the initial time of diagnosis where they’re treatment-naive– have not seen any treatments– if they have a particular mutation and can get targeted therapy, even the brain metastases can respond well to systemic chemotherapy.”

Survivorship After Cancer as a Kid

We love how Rae is thriving after beating cancer and living her best life. Battling cancer as a young person is a difficult challenge, and it can be hard to navigate.

Matthew Zachary, CEO and Founder of Stupid Cancer, battled brain cancer when he was a 21-year-old college student. And he says he noticed a lack of resources for young people like him. This led Zachary to a path of advocacy for young people battling cancer.

Particularly, it was important to him that young people were able to have good doctor-patient relationships during their cancer journey.

In an earlier interview with SurvivorNet, Zachary says, “It’s really easy to blame the doctor for dismissing me as a person because their job is to cure me. But the bedside manner, empathy, and humanity in that should be a balance,” he says.

Zachary continues, “There are plenty of doctors that are amazing human beings — the overwhelming majority — amazing human beings that do ask the questions, that spend way more than 7 minutes with you … but at the same time, the patient community, the advocacy community is going to be the solution to a lot of these systemic inequities.”

Rae and Zachary are excellent examples of young adults who continue to thrive after battling cancer and not letting things stand in their way, despite setbacks.

Zachary spoke to this in a previous interview with SurvivorNet, saying of his decision to found Stupid Cancer, “I feel like I was hand-sculpted to create an organization and be a voice for the invisible Gen-Xers – the most underserved age group in cancer.”

The passionate advocate continues, “We get it more, we die more, we are diagnosed late, we are misunderstood … it’s different, and if you want to save our lives, it requires a completely different framework.”

Thanks to efforts like Zachary’s – and Rae living her life publicly – there is more awareness around young adult cancer.

We admire Rae for putting herself out there after surviving cancer as a child. A cancer diagnosis – or overcoming cancer – can be the litmus test for the strength of the relationship, revealing cracks or reinforcing existing bonds. This is how actress and melanoma survivor Jill Kargman feels about cancer.

In a previous interview with SurvivorNet, she says, “I think cancer is a great way to find out if you’re with the love of your life or a shithead. I think it presses the fast forward button on getting to the bottom of that answer, because a lot of people in middle age are kind of at a crossroads, waiting for their kids to fly the coop.”

“And I think if you’re with someone who is not supportive and kind of emotionally checked out or doesn’t tell you you’re still beautiful with that, this might not be your person,” says Kargman.

Finding Love in the Time of Cancer

NOW
PLAYING
Diagnosed With Cervical Cancer At 20 Weeks Pregnant-- How This Loving Mom Made It Through
NOW
PLAYING
49-Year-Old Dad Told His Dizziness And Vomiting Was The Result Of An Insect Bite. A Later Scan Revealed A Brain Tumor
NOW
PLAYING
Apple's Steve Jobs Was Trying To Accept Powerlessness & His Place In The Universe – The Newly Revealed Email To Himself
NOW
PLAYING
Prayers Answered: Father Of Three, 31, Told To Get Affairs In Order Turns Out To Have Rare Gene To Fight Cancer
NOW
PLAYING
After Brain Cancer Left TLC Star Shauna Rae, 23, 'Trapped In The Body Of An 8 Year Old,' She's Now Having Fun With A New Love Interest
NOW
PLAYING
Colon Cancer Awareness: Kirstie Alley's Passing Sheds Light On Importance Of Screening