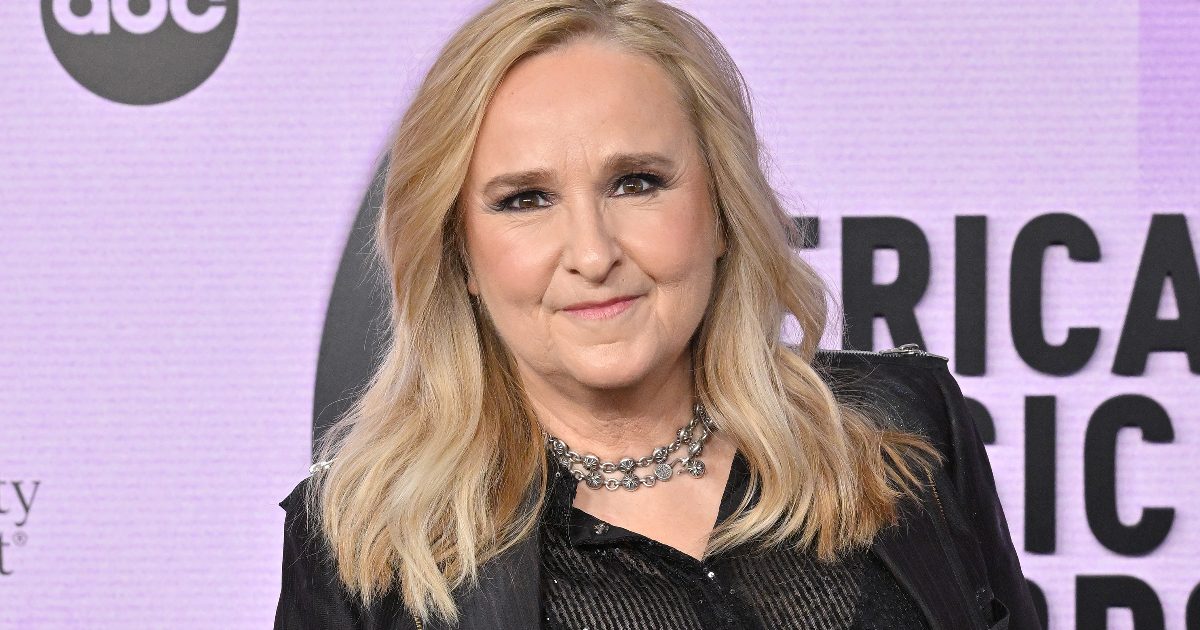 Dealing with an illness is much easier with support, something grammy-winning singer and breast cancer survivor, Melissa Etheridge knows firsthand.

The 61-year-old singer, who is married to Linda Wallem, opened up at the 2022 American Music Awards on November 20 about the precious friendship she had with Australian “Grease” star and hit-maker Olivia Newton-John, who passed away at age 73 from breast cancer earlier this year.

Read More
“When I was diagnosed with breast cancer 18 years ago, she was the first phone call I got,” Etheridge told E! News on the AMAs red carpet. “She instantly called me, reached out, sister, you know. She was so thoughtful and sweet.” She continued, “I know she had her own battle with this, and it’s so, so sad to lose her. But man, she lived every moment. Every moment.” Etheridge recounted the memorable phone call with Newton-John prior to introducing Pink’s AMAs moving tribute performance of “Hopelessly Devoted To You” from Grease.

Related: How Olivia Newton-John, 73, Thrived While Living with Breast Cancer: She Leaves Behind An Incredible Legacy

Newton-John was first diagnosed with breast cancer in 1992. To treat her cancer, she had chemotherapy and a partial mastectomy (surgical removal of cancerous breast tissue). In 2017, Newton-John’s cancer returned and it had spread to other parts of her body, so she had radiation therapy to treat it.

Newton-John’s mission was to “find kinder ways to treat cancer,” and she was a true champion for people battling cancer. The “Physical” singer leaves behind an incredible legacy not only of film and music, but also her contributions to the cancer community. Newton-John was a role model for people battling cancer. She gave all cancer fighters and survivors hope for a better future.

Olivia Newton-John did a special shoutout to SurvivorNet prior to her death.

Etheridge was on tour in the summer of 2004 when she discovered a lump in her left breast. (Son Beckett was just six at the time.) She’d had a recent physical and breast exam, so the lump surprised her. A biopsy confirmed breast cancer. She underwent a lumpectomy to remove the 4-centimeter tumor.

A sentinel node biopsy revealed the cancer had spread to the lymph nodes and her surgeon removed 14 of them. Surgery was followed by dose-dense chemotherapy, which involves giving the cycles of certain chemo drugs closer together.

Etheridge also says she underwent radiation therapy. For breast cancer patients, the decision to undergo a lumpectomy or mastectomy, is a personal one, Dr. Sarah Cate, a breast surgeon at Mount Sinai Health System, previously told SurvivorNet. While Dr. Cate did not treat Etheridge, she works closely with patients to assess the risks and benefits of the two surgical approaches. “As a breast surgeon, my job is (to help patients) understand that their long-term survival with mastectomy is equivalent to that with lumpectomy and radiation,” Dr. Cate explained.

Often women will request to have both breasts removed, believing it’s the best way to prevent the cancer from recurring, Dr. Cate observes, but this is not always the case.

The size of the tumor, its genetic markers, and the patient’s family history are all factors to consider when choosing between these two surgeries for breast cancer.

“My son Beckett, who was just 21, struggled to overcome addiction and finally succumbed to it today,” Etheridge, a mom of four, wrote on social media in 2020. “My heart is broken.”

Her former partner Julie Cypher gave birth to Beckett in 1998. His biological father was later revealed to be David Crosby, of Crosby, Stills, and Nash.

After Chemo: A Bold Performance

Etheridge earned the admiration of the cancer community in 2005 when — still bald from chemotherapy — she took the stage at the Grammy Awards to belt out a defiant tribute to Janis Joplin. The decision to perform had not been an easy one.

“Chemo was tough,” she told Cancer Connect. “Physically, it was the worst thing I’ve ever been through.” In addition to nausea, fatigue, bone pain and muscle aches, some days all she could manage was to lie still in darkness. But with the Grammy invitation, the singer saw an opportunity to get back on stage and say, “Yes, I went through this, but here I am; I’m still here.”

Cancer warriors supporting fellow cancer warriors is a powerful thing. And having breast cancer is almost like a sisterhood—one no one wants to be part of, but that only makes the bond stronger.

The support from family, friends or even those who understand what you’re going through, like what Etheridge had with Newton-John, is what’s going to get you through.

This is something fellow cancer survivor Kelly Sargent can agree with. She moved to San Antonio, Texas, not knowing anyone, but she says she’s been “blessed with having met some incredible ladies.”

The Benefit of Support Networks for Cancer Patients

“When I was diagnosed (with ovarian cancer), as soon as I got in the hospital, I started going online to find not only information, but also support groups, stories from survivors, anything that I could find as far as my treatment I definitely looked for,” she previously told SurvivorNet.

“I have an incredible set of friends that I met after my diagnosis through a Bible study group that have become very, very close friends of mine that are an incredible part of my support system. That support from those ladies has been life-changing for me.”

Cancer warrior Vera Trifunovich also reaped the benefits of battling cancer with a strong support system. In order to cope with her breast cancer diagnosis – she made sure to keep up her workout regimen (and her Zumba classes!), she reached out to women facing the same thing she was – and she got that tattoo she always wanted.

“All my life I wanted a tattoo,” Vera says. “And I kept saying to myself, ‘Oh, I’m too old. I’m too old.’ Well, after my chemo, I was like … what the hell, life is for the living! And I am getting myself a tattoo.” And she did.

We’re a Sisterhood: Getting Through Cancer Treatment Together

In addition to the ink, talking to other women with breast cancer helped Vera a lot. That’s why she created a website called Bare Breasted Against Breast Cancer. “What mattered to me was hearing how many stories there are out there,” Vera says. “And learning from all of these other women. Because that’s what it really all boils down to, we are a sisterhood.”

10 Percent of All Women Get Called Back For Further Testing After A Mammogram 6 Common Excuses for Skipping a Mammogram That You Need to Stop Using When You’re Getting a Mammogram, Ask About Dense Breasts
NOW
PLAYING
Huge Outpouring of Love For Beloved Peloton Instructor Leanne Hainsby, 35, As She Announces Breast Cancer Diagnosis
NOW
PLAYING
Suzanne Somers, 76, Reveals Intimate Details On Keeping Marriage Alive After 55 Years & Two Bouts With Cancer
NOW
PLAYING
Determined To Be There For Her Kids, Angelina Jolie, 47, Embraces Motherhood 10 Years After Preventative Surgery to Remove Her Breasts
NOW
PLAYING
Nurse, 44, Grateful For The New Year After Breast Cancer: Family And Community Support Through Treatment
NOW
PLAYING
Social Media Golf Sensation Paige Spiranac, 29, Says She Had A Breast Cancer Scare-- Urges Women To Get Checked
NOW
PLAYING
Is This The Final Role For Christina Applegate, 51? As Actress Announces New Project & Battles MS After Cancer