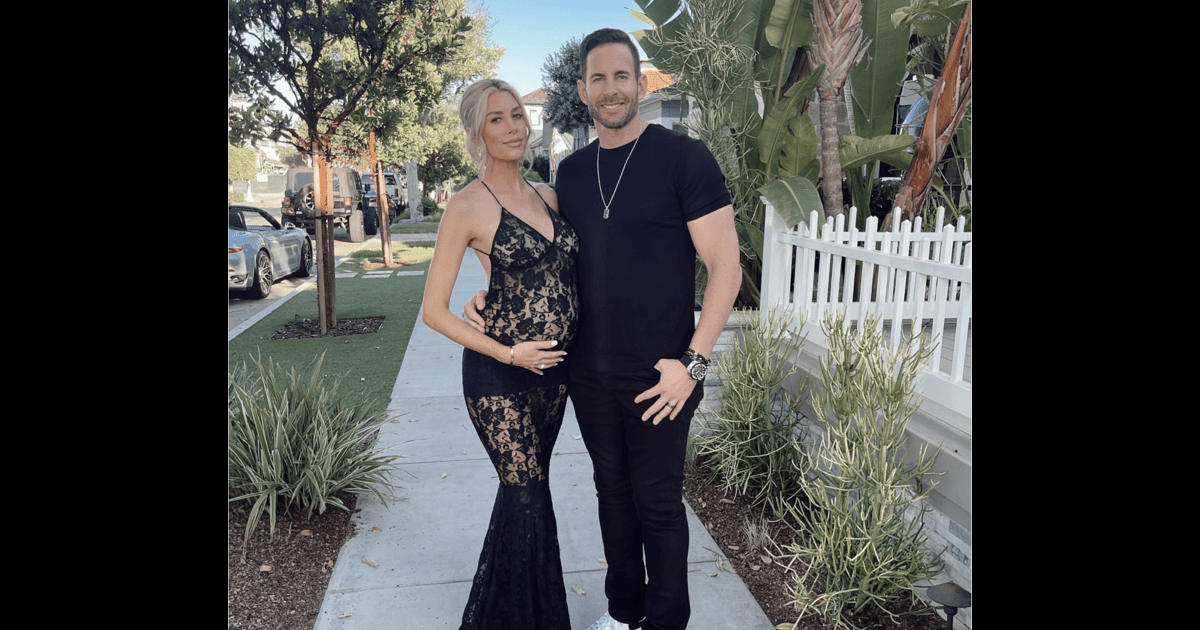 Thriving After Cancer: Living Life To The Fullest

Two-time cancer survivor Tarek El Moussa, 41, took to social media to gush over his wife of one year, Selling Sunset‘s Heather Rae Young, 35, and how she is handling the pregnancy of their first child together.

“In awe of this woman and her ability to be so beautiful, hardworking, loving, and kind,” said Tarek in an Instagram post. “She makes being a pregnant entrepreneur look easy and inspires me daily. I’m a lucky man.”

Read More
Tarek is most known for his long-running show Flip or Flop, beside now ex-wife, Christina Haack, 39. He re-married Heather Rae Young (now Heather Rae El Moussa) and the two tied the knot in October of 2021. They announced their pregnancy in July of 2022 after going through the IVF process to make sure they could have a child together. Related: Tarek El Moussa, 40, and New Wife Heather Rae, 34, Are Expecting! They’d Feared Tarek’s Past Cancer Treatments Threatened His Fertility “It was a huge shock,” Heather told PEOPLE exclusively of learning she was pregnant. “We just weren’t expecting this. We had just gone through IVF. We had embryos on ice. We had a plan.”

Tarek first learned he had stage-three thyroid cancer in 2013, according to PEOPLE magazine. By chance an HGTV fan, who also happened to be a nurse, noticed a lump on his throat while watching him on television. She contacted the network, telling them what she had seen.

In the same year, he was diagnosed with testicular cancer.

During a 2017 interview with PEOPLE magazine, Tarek said of the experience: “I was at one building doing my thyroid stuff, and mentioned I was going across the street to get an ultrasound done. I’ll never forget the doctor joking, ‘I hope you don’t have cancer!’”

Tarek told PEOPLE magazine he underwent surgery to have his thyroid and multiple lymph nodes removed. Luckily, Tarek was given the “all clear” and now shares his story to raise awareness on both diseases, while radiating positivity to those in need.

The treatment path for both types of cancers depends upon the stage at which the cancer is diagnosed. Common treatments for testicular cancer include chemotherapy, surgery and radiation. Treatments for thyroid cancer can include surgery, hormone therapy, radioactive iodine, radiation and, in some cases, chemotherapy.

Luckily, thyroid cancer is generally considered to have a very good prognosis, with over a 99 percent survival rate (survival for 5 years after after diagnosis), according to the American Cancer Society. The affected organ, the thyroid, is a butterfly-shaped gland at the bottom of the neck which produces hormones that help the body regulate some of its other functions — heart rate, blood pressure, body temperature and weight.

“It’s not the greatest thing to have but it’s extremely treatable,” Dr. Renee Moadel, Assistant Professor in the Department of Radiology (Nuclear Medicine) at Montefiore Hospital in New York City.  With this disease, she says, “you have your whole life ahead of you.”

Finding a Way to Live, Learn, and Cope With a Cancer Recurrence

In a 2019 interview with Us Weekly, El Moussa discussed the difficult impact of his thyroid treatment. “I think it was November, December, January, I was not doing well. I was really sluggish, and slow, and cloudy, and brain fog,” he explained. “I was feeling depressed, I was losing all my hair, so I finally went to my doctor. Somehow, my body wasn’t accepting my thyroid medication. What happened was, I became super-hyper thyroid.”

Supporting A Loved One With Cancer

Even though Tarek was not married to Heather while he went through his battles, the after effects from the experience, as many survivors know, can still be challenging, and support is still crucial as you continue to navigate your “new normal.”

Plus, cancer survivors tend to not put up with people or things as easily as they did before because they realize—more than others—that life is short.

Take for instance, the Tutu Project, Bob Carey had taken a photo of himself in a pink tutu for a job. When his wife, Linda, was diagnosed with an aggressive form of breast cancer, the photo made her laugh, so he took more of himself in the tutu, and then, to raise the spirits of other cancer survivors, he kept going.

What started as just a photo for work, turned into inspiration for Bob Carey’s wife with breast cancer.

“She brought the images with her back to the cancer center, and showed them to her friends,” Carey said at the time. “And they made them happy.”

The pink tutu has become a symbol for the couple. They come back to it when times get hard, Carey shared in a Ted Talk.

With assistance from Marisa Sullivan