The stand-up comedian says her breast cancer journey helped prepare her for the COVID-19 pandemic and shares lessons learned as she went from finding lumps to getting a double mastectomy. 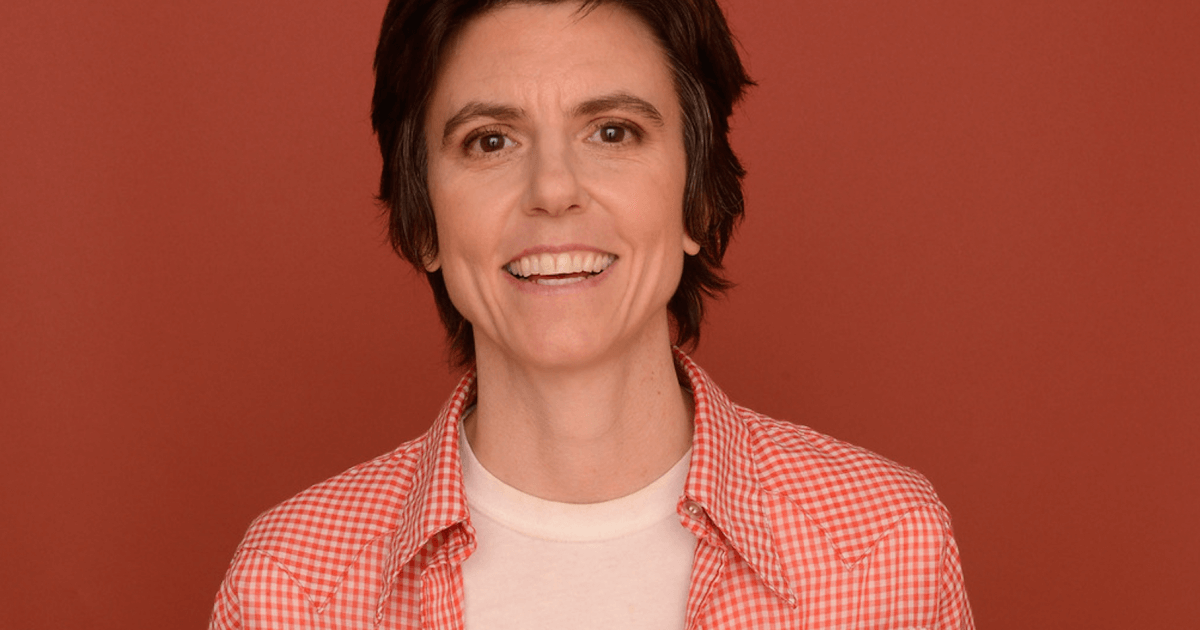 Tig Notaro is funny. The year 2012, however, was anything but funny for the comedian, as the devastating personal blows came one after another.

First, she got pneumonia, which was followed by a serious intestinal disease. Her mother died suddenly from an accidental fall, and then Notaro’s partner broke up with her—all within about four months. Just when it seemed like things couldn’t get any worse, she got her unexpected diagnosis: breast cancer.

Read More
Related: The Top Breast Cancer Risk Factors and What You Can Do About It Fast-forward to today and in an interview with SurvivorNet she tells us, “Over the past seven years, I’ve had ongoing issues and hurdles, but actually, in the past five months I’ve been in the healthiest, strongest place I’ve been in years.”

Notaro didn’t think she had anything to worry about when she went in for a mammogram. Though she had felt lumps, she honestly didn’t think she could have breast cancer, especially since she had small breasts.

“I really was the person that did not believe I could have cancer,” she tells SurvivorNet. “I thought I was too young, and I didn’t know anyone in my family that had had breast cancer. I did not think it was anything. I was completely shocked.”

Related: The Flat Movement: Embracing Your Body After Treatment

She said during the mammogram the technician was asking questions that made her feel like there could be an issue. “But I also thought maybe I was making that up,” she says. “Then I remember when my doctor came in with a kind of concerned look, and the first thing she said was, ‘How are you feeling?’ I said okay, but the tone was telling.”

She was 42 when she was diagnosed with Stage 2 breast cancer.

Finding the Humor in Cancer

Throughout her battle with cancer, during which she underwent chemotherapy and a dobule mastectomy, she clung to her comedic roots and found humor in her situation.

“I could have a sense of humor about it, and then maybe 12 hours later be in bed crying about it. So it would kind of come and go.”

“Good evening everyone! I have cancer, how are you?” That was the stunning opening she delivered to a live audience in Los Angeles shortly after her diagnosis. That show went viral as her fight against cancer began, and her career and life haven’t been the same since.

While humor helped her cope, that doesn’t mean there weren’t dark days.

“I’m sure it was partly nerves too, the laughing and sense of humor, it’s kind of smashing and breaking into that sense of fear and unknown,” she tells SurvivorNet. “I think that even though I was finding humor in it, it was also a massive roller coaster. I could have a sense of humor about it, and then maybe 12 hours later be in bed crying about it. So it would kind of come and go.”

Following her double mastectomy, Notaro opted not to have reconstructive surgery and to “go flat” as a growing number of women are doing.

“I think that you know it was a choice I made out of just getting more connected with my body to begin with with my diagnosis,” Notaro tells SurvivorNet. “I hadn’t really thought about my body too much in the way I began to think about it. When I considered all the different options after a double mastectomy, it felt like it made more sense to not have reconstruction.”

“It really meant a lot to me when people didn’t really just completely overrun me with positivity… I know they mean well, but it kind of squelches the real fear of the person diagnosed.”

She made headlines in 2013 when she performed her comedy routine on stage, shirtless, at the New York Comedy Festival, bearing her scars and flat chest for all to see. While she was confident in her decision, she says getting used to her body without breasts took time. Ultimately, though, it gave her a stronger sense of herself.

Related: This Amazing Photographer Shows All Her Scars from Cancer and Says to ‘Love and Respect’ Your Body

“I kinda felt like when I was 8-years-old and just being completely flat chested,” she tells SurvivorNet. “It was a process getting to know my body again. I had some insecurity about myself, but ultimately I think I became a more confident, comfortable person just because of all the processing and  examining myself and my body.”

How Cancer Prepared Her for COVID

This year brought the COVID-19 pandemic, during which she says she’s been essentially on lockdown in her California home. She and her wife, Stephanie Allynne, created a pod with a couple families that have kids the same age as theirs so they can play together, and Stephanie works in an office space, but she’s the only one there.

The only other exception to their lockdown was when Notaro filmed scenes for the Netflix zombie movie Army of the Dead, replacing Chris D’Elia after he was accused of sexual misconduct earlier this year. She said it was an odd but fun experience, as she was the only actor on the set, and they green-screened her into the already finished film.

“It was kind of a big deal for me to go out into the world and work again,” she says. “But I felt really safe.”

Related: 30% of Women Say They Have Delayed Mammograms Due to COVID-19, 45% Tell SurvivorNet They’re Now More Nervous About Going to the Doctor

She says, overall, she has felt strong during the pandemic and lockdown—stronger than ever in fact.

“I think that everything I’ve gone through with my health and life has just kind of prepared me and forced me into patience and having hope and faith in life and shifting from what was to what is and what will be—whatever that is,” Notaro tells SurvivorNet.

Looking Back and Going Forward

Though Notaro has been cancer-free for seven years now, that doesn’t mean she doesn’t still feel its possibilities. “I still worry. Even though I’ve been in remission for a few years I still have scares and surgeries and operations and  different things doctors have been watching. It‘s not just like I was just in remission and was not concerned about anything. I would say I don’t live my life paranoid, but I take things seriously.”

One thing she has gotten serious about since her diagnosis is her diet. She committed herself to making daily exercise a priority and she sleeps as many hours as possible. She says she’s never been a really heavy drinker, but now she’s very conscious about limiting her alcohol intake. She’s also been vegan for 3.5 years and firmly believes in the health benefits of a vegan diet.

“I really do think it’s valuable for people to research a plant-based diet for prevention and healing powers,” Notaro tells SurvivorNet. “It goes beyond cancer. It’s a natural healer. If you put the wrong gas in a car, the car is going to break down or die. If you put the right fuel in it, it will run for a long time.”

Tig joined Moshe Kasher and Natasha Leggero for a great conversation on the “Endless Honeymoon” podcast. Its a good one, find it wherever you get your podcasts or click on link in bio.

Looking back on her cancer journey, she says she wished she had relied more on the support systems available, but that at the time, she forgot in all the chaos about the many online resources available from cancer support organizations.

She said it was hard for her to ask for her help during her battle, but once she did, it was freeing. She said lifelong friends accompanying her to doctor appointments was invaluable as they would bring a notepad and pen and write down all the information provided. “I wasn’t capable of absorbing all the information” she tells SurvivorNet. “It’s a full-time job when you get diagnosed.”

What wasn’t helpful: Too much positivity.

“It really meant a lot to me when people didn’t really just completely overrun me with positivity,” Notaro tells SurvivorNet. “That’s what I felt like when somebody comes on really strong with only positive things to say, I know they mean well, but it kind of squelches the real fear of the person diagnosed. I know I started to feel crazy when I had any concerns and people would say, ‘Oh you’re fine, people live through breast cancer, you have the best doctors, my grandmother had it…’ It’s kind of pushing away you and your concerns. I was very grateful when people just listened to me.  Certainly adding a positive spin is nice, but letting me just share how I felt was one of the most helpful things I found.”

As for Pink October and the so-called “pink washing,” she says she has mixed feelings. “It’s definitely something that people connect to and recognize the pink ribbon and the pink signs and everything, so it’s nice to keep the awareness there,” she says. “But it does feel like it gets very convoluted and caught up in corporate stuff, and there’s pink packaging on really unhealthy food and food that causes cancer potentially. It’s all of that.”