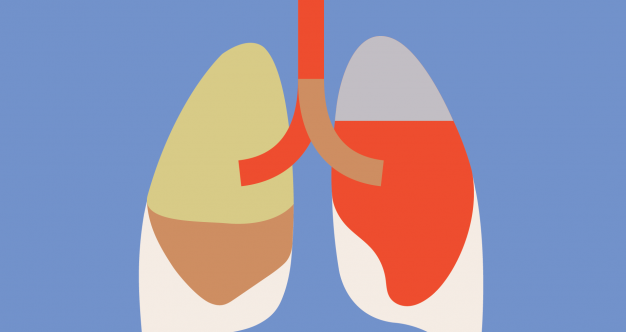 The stigma attached to lung cancer has been around since the 1970s. This stigma stereotypes people with lung cancer as being reckless and that they are “getting what they deserved.”

This is because when people hear the word “lung,” they associate it with smoking without considering there are other reasons for developing cancer.

Read More
We’ve all heard it before. “Oh, you’ve got lung cancer. Well, you’re a smoker. What’d you expect?” or “Why do we need to talk about lung cancer? People are tired of it.” For one thing, the lung cancer stigma hasn’t gone away. Many studies show that most people with lung cancer experience stigma from people in their surrounding environment or inflict self-stigma on themselves.

Cancer stigma is a complex umbrella term that refers to negative attitudes and beliefs about people with cancer and the social exclusion that is usually associated with those attitudes. Stigma can take many forms, including prejudice and discrimination, social exclusion, and blame. What’s shocking is that the most common form of stigmatization comes from patients’ own family and friends, who didn’t want to be around them because they thought the person had an incurable disease (a disease they could get).

For lung cancer, the stigma mostly comes from thinking that patients deserve it because they smoke, which is not fair, to say the least.

Does lung cancer attract greater stigma than other cancer types?

Unfortunately, yes. If you ask lung cancer patients, most of them will tell you how they’ve suffered from increasing social stigma and shame from people around them. Instead of showering them with love and support, people unknowingly inflict guilt and shame.

It’s also important to note that lung cancer can be caused by other factors apart from smoking. Even though 80-90% of lung cancer cases are caused by smoking, other risk factors linked to the disease include:

According to a new study presented at the most critical cancer conference of the year, the well-established stigma around lung cancer, primarily caused by the misconception that only smokers get lung cancer, is still a big problem for people diagnosed with the disease.

Also, smoking is an addiction. Some people can find it extremely hard to quit smoking. and other lung cancer patients may develop the disease as a result of secondhand smoking or from other risk factors.

Quitting smoking is also stigmatized. Lung cancer is a complex disease that can take years to develop. While some people kick the habit of smoking, they can still develop lung cancer later on. People might forget the efforts of quitting on this person’s part and start judging. It’s very important to celebrate achievements, whatever the outcome may be.

Other diseases linked to smoking

While it’s important to stop the stigma surrounding lung cancer, it’s also important to be realistic about the harm that smoking can do. It isn’t just a risk factor for lung cancer. Many people don’t know this, but smoking doesn’t just increase your chances of developing lung cancer. It can be a risk factor in several other types of cancers like kidney, liver, throat, mouth, larynx, pancreatic, colon, rectum, cervical cancers, and leukemias as well.

How does the stigma affect patients?

A study published in Annals of Behavioural Medicine in 2020 confirmed that patients were extremely uncomfortable with sharing their lung cancer diagnosis with other people, which is very disappointing.

“The stigma for lung cancer is a big concern for patients and for family members and friends who are involved with care for the disease,” Dr. David Tom Cooke, MD, FACS, head of general thoracic surgery at UC Davis Health, in Sacramento California tells SurvivorNet.

Whether we want to believe it or not, the outcome of stigma for lung cancer patients is awful. Society turns its back on cancer patients at the time they need it the most. This can result in terrible outcomes when it comes to patients’ recovery and mental health.

One of the outcomes of lung cancer stigma is that people can get so afraid of getting a lung cancer diagnosis that they might put off checking on their early-on symptoms to avoid being stigmatized. This avoidance of consulting the doctor can lead to no treatment, which in turn means the progression of the disease to the advanced stage where the options are very limited.

Another outcome can be reduced mental health as a result of the lack of support, shame, and loneliness which can incredibly affect the emotional and physical well-being of the patient. A study published in Cancer Reports in 2019 revealed that lung cancer patients were severely stigmatized, leading to significant levels of depression and decreased quality of life.

Additionally, patients can start blaming themselves and believing what people are saying that they deserve what they got. Patients can also feel rejected and alone and start practicing self-stigmatization, which can eventually lead to withdrawal, guilt, anxiety, depression, and treatment refusal.

Many lung cancer survivors have previously spoken to SurvivorNet about the lung cancer stigma. Amanda Kouri, 28 years old, was diagnosed with lung cancer five years ago.

Amanda had asthma, so when she was having issues with breathing, doctors assumed, because of her age, that the asthma was the cause. “I saw many, many doctors. I had many X-rays, and nobody thought to give me a CT scan or take a look further because they assumed I either had pneumonia or I had asthma.” She had never smoked, and that was part of the reason doctors didn’t consider lung cancer to start with.

“The reason why lung cancer is so deadly is that it’s caught so late because we assume that everyone smokes or we assume that it only happens to 65-year-old people,” Amanda says, “when it’s a terrible disease that can take anyone at any age, any gender, any race … and we’re not looking for it.” And that stigma is part of the reason that such difficult cancer receives less funding than other types of cancer.

As common as lung cancer is, the stigma surrounding it has not faded. Patients and their family members sometimes feel stigmatized when they are in the public eye. How do they cope? Luckily, there are ways to deal with the stigma caused by lung cancer.

If you have lung cancer or know someone who has lung cancer, you can cope and help reduce the stigma around the disease by implementing the following measures:

“I tell my patients that I have three rules of living with lung cancer. And I mean these rules to be liberating and not confining,” said Dr. Geoffrey Oxnard, a thoracic oncologist at Boston Medical Center specializing in the treatment of patients with lung cancer. “The first rule is, don’t act sick. You can’t mope around. You can’t sit-in a chair all the time. You will waste away. You got to go do stuff.”

“No, don’t play basketball. You don’t have to play football. But, go to the mall. Go see your kids. Spend time with your family. Do things. And in doing things, you will stay active. You will feel sick sometimes. Don’t act sick,” he adds.

The stigma around cancer is powerful, but it doesn’t have to be overwhelming. In fact, there are more people affected by cancer than you may think. Like Dr. Cooke said, “All you need to get lung cancer are lungs.”

Whatever the cause of your lung cancer, whether it be from smoking or something else, you should never feel alone or ashamed, and remember no one deserves to get cancer.

It’s not a punishment—it’s a disease.

Living With Cancer: Questions to Ask Your Doctor

How Likely is it that My Lung Cancer Will Return?

Getting Help With the Bills From Cancer Treatment

Living Better -- What is Palliative Care?

How Likely is it that My Lung Cancer Will Return?

Getting Help With the Bills From Cancer Treatment

Living Better -- What is Palliative Care?

Living With Cancer: Managing Side Effects

Recommendations for a Healthy Lifestyle: One Doctor's Advice for Cancer Survivors

What’s Mindfulness? And Can It Help Improve Mental Health?

A Guided Meditation for the SurvivorNet Community

My Friends Went Away After My Diagnosis; Thank God For Music

You Can Go Through This Ultimate Challenge With Humor, Dignity, and Love

Finding the Light After a Cancer Diagnosis

How I Made it Through Cancer: Painting & Dreaming

You're Still You After Cancer: Chiara D'Agostino's Survivor Story