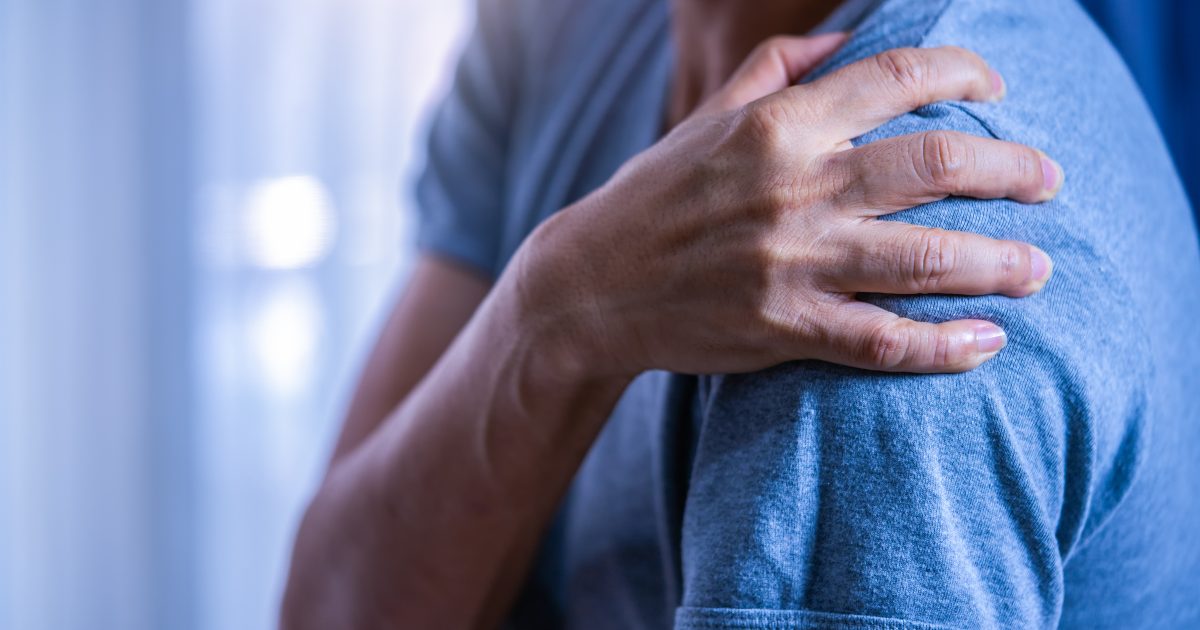 A 54-year-old man experiencing shoulder pain was later diagnosed with pancreatic cancer, and his case is an excellent example of why it’s so important to seek a second opinion.

The case study was published in American Journal of Gastroenterology, and it explained how “A 54-year-old Caucasian male presented to the emergency department with a chief complaint of progressively worsening left shoulder pain that had been ongoing for the past three weeks.”

Read More
The man described his pain as beginning “in his left shoulder radiating down his arm, worsening with movement and improving with rest.” The man was evaluated by his doctor and the doctor thought he was having a muscle spasm, and so the doctor prescribed a muscle relaxant. His pain continued to progress, though, even after the muscle relaxant being administered. And the man also developed weakness in his left arm. He said he hadn’t had any trauma to his shoulder, nor did he have similar symptoms in the past.

After a physical exam, it showed his shoulder also had diminished strenth. An MRI revealed a “vertebral body lesion” (or, a spinal tumor) which was compressing a nerve and leading to the man’s pain.

Following the detection of the tumor, he was given a CT scan and a biopsy, which confirmed he had pancreatic cancer. The cancer had spread to other parts of his body – like his shoulder.

The study reports how “Oncology service was consulted. They felt that he would not benefit from chemotherapy, given the grave diagnosis of metastatic pancreatic cancer.”

The man had palliative radiation to the lesion.

Symptoms of pancreatic cancer may include: Pain in the stomach or back, yellowing of skin or eyes, unexplained weight loss, changes in bowel movements, indigestion, fever, and blood clots.

Challenges to Screening for Pancreatic Cancer

Pancreatic Cancer Action Network (PANCAN) details how most immunotherapy drugs for pancreatic cancer are in clinical trials. In these trials, patients are also given other treatments, too, like chemotherapy.

“Up until now, immunotherapy hasn’t had a big role,” Dr. Allyson Ocean, a medical oncologist at Weill Cornell Medical Center, tells SurvivorNet in an earlier interview.

Related: Fashion Icon Karl Lagerfeld Died of Pancreatic Cancer – Soon To Be The Second Leading Cancer Killer in The U.S.

Dr. Anirban Maitra, the Co-Leader of the Pancreatic Cancer Moon Shot at MD Anderson Cancer Center, says in an earlier interview that detecting pancreatic cancer early – so as to treat it earlier – is crucial. He emphasizes that this is difficult, though, saying, “Because the pancreas is inside the abdomen, it often doesn’t have symptoms that would tell you that something is wrong with your pancreas.”

He continues, “By the time individuals walk into the clinic with symptoms like jaundice, weight loss, back pain, or diabetes, it’s often very late in the stage of the disease… for most individuals, about 80%, will actually present with what we called advanced disease, which means that the cancer has either spread beyond the pancreas or into other organs like the liver, and so you cannot take it out with surgeries.”

Seeking a Second Opinion after Diagnosis

This man’s so-called “muscle spasms” turning out to actually be pancreatic cancer is a good reminder of the importance of seeking multiple opinions. If you are experiencing unexplained pain or unusual symptoms – some of which could be an indicator of cancer – it’s critical to know definitively whether or not you have the disease. In order to achieve this, you should always get multiple opinions on your diagnosis.

Doctors are not always in agreement about whether your symptoms might merit further screening and whether specific treatment methods might work best for you. Sometimes, what your first doctor says might fall short of fact, and a second or third medical professional might be able to catch cancer before it grows and spreads.

Dr. Steven Rosenberg, chief of surgery at the National Cancer Institute and one of America’s most renowned cancer doctors, agrees. He says, “If I had any advice for you following a cancer diagnosis, it would be, first, to seek out multiple opinions as to the best care, because finding a doctor who is up to the latest of information is important,” Rosenberg previously told SurvivorNet. “And it’s always important to get other opinions so that you can make the best decisions for yourself in consultation with your care providers.”

Immunotherapy Offers New Hope for Fighting Pancreatic Cancer Increased Thirst and Dark Urine: Researchers Reveal Two New Signs of Pancreatic Cancer As Cases Increase Over Last 18 Years Can an Electronic Nose Sniff Out Cancer? A New Study Shows that an E-Nose System Can Detect Ovarian and Pancreatic Cancer
NOW
PLAYING
Dancing With Stars Samantha Harris, 49, Says Breast Cancer Was Misdiagnosed-- Lump Initially Dismissed As Nothing
NOW
PLAYING
Teen's 'Chronic Abdominal Pain' Dismissed As Menstrual Pain Or Hormones: Diagnosed With Ovarian Cancer At 21-Years-Old
NOW
PLAYING
Yellow Eyes For 24-Year-Old Man Turn Out To Be Cancer-- Gratitude For Friend Who Noticed Something Wrong
NOW
PLAYING
35-Year-Old Dismissed Dry Skin & Brittle Hair As Stress Until Her Husband Urged Her To Get Checked: It Was Thyroid Cancer
NOW
PLAYING
'He Really Was A Hero:' Actor Patrick Swayze's Loving Widow On Grief And Carrying On The Fight For Pancreatic Cancer Progress
NOW
PLAYING
How Remarkable Justice Ruth Bader Ginsburg Managed To Overcome Multiple Cancers For So Many Years & Work Until The End