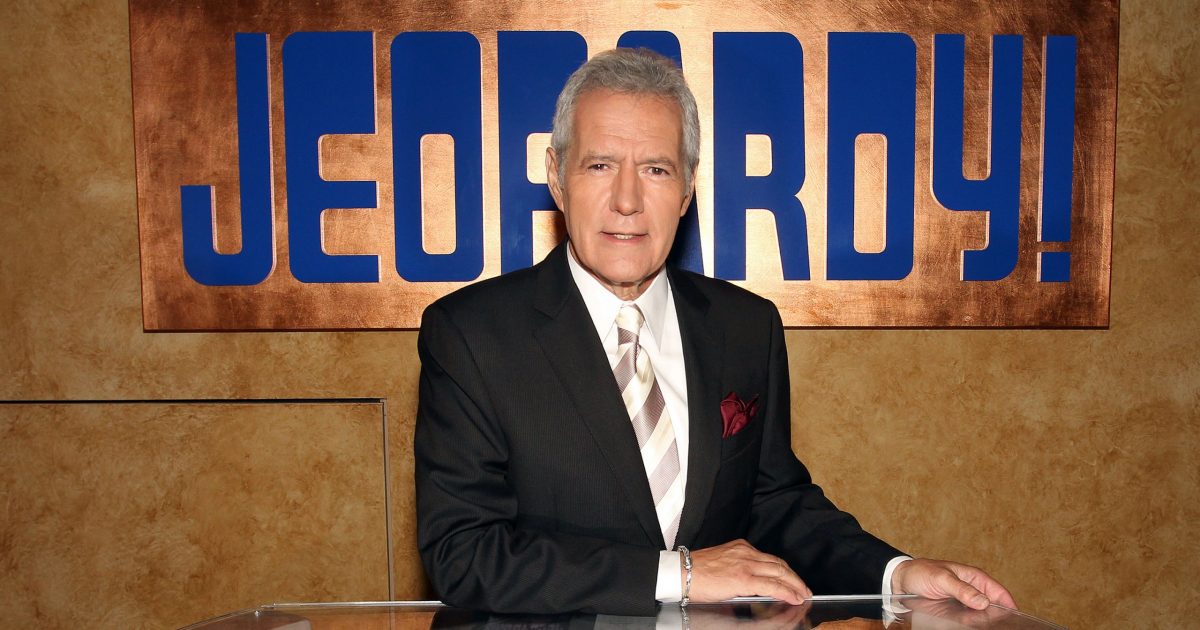 Alex Trebek’s pancreatic cancer battle was devastating to watch. But it should be noted that clinical trials are currently looking for treatment options that can change the way we look at treatment.

Trebek died of pancreatic cancer after a year and a half of battling the disease. Pancreatic cancer is an aggressive form of cancer. Thankfully, Alex Trebek’s family has made it their mission to educate and fundraise. And while some celebrities choose to keep their cancer battles private, Trebek openly spoke about his treatment process with the public, and in doing so, educated millions on the disease. While hosting an episode of “Jeopardy!” in March 2019, Trebek shared with fans that he had been diagnosed with stage 4 pancreatic cancer, and would immediately start pursuing treatment.

Read More
Despite the difficult journey, he remained the host of the TV trivia show and would keep viewers up to date on his progress periodically. Currently, the one-year survival rate of pancreatic cancer is just 18%, but in June 2020 he made a special announcement that he’s “beating the odds” by surpassing the one-year-survival rate. In addition to sharing good news, Trebek was also extremely open about the side-effects he experienced as a result of chemotherapy, and how it affected his mental state significantly at times. He later turned to an experimental therapy developed by Dr. Patrick Soon-Shiong which attempts to use multiple parts of the immune system to destroy tumors. RELATED: Alex Trebek’s Transparency About Pancreatic Cancer Battle Caused “Tremendous Spike” In Awareness & Helped Many Understand the Disease

Trebek’s transparency made a huge impact in educating the public on pancreatic cancer, and made people more vigilant in spotting symptoms early.

RELATED: 3 Key Pancreatic Cancer Red Flags to Look Out For; Some Were Present in Alex Trebek & Patrick Swayze

In fact, one “Jeopardy!” viewer says Trebek “saved his life” when the TV show host shared symptoms he experienced before his diagnosis, and the viewer realized he was also experiencing these symptoms. As a result, the viewer’s pancreatic cancer was caught at an early and treatable stage.

But if you’ve already decided that a clinical trial is right for you or you’re just beginning to explore your treatment options, you should know that SurvivorNet has a new tool for you. Introducing the SurvivorNet Clinical Trial Finder: an A.I. driven tool for patients to find clinical trial options for treatment.

“Clinical trials are critical to the development of new therapies, and as we live through this extraordinary revolution in genomics, immunotherapy and targeted therapy, it’s clear that one of the most pressing needs for patients, clinical trials sponsors, and researchers is simply a better way to find patients,” SurvivorNet CEO Steve Alperin said. “Even one percent more people successfully enrolled in clinical trials can change the world.”

Can an Electronic Nose Sniff Out Cancer? A New Study Shows that an E-Nose System Can Detect Ovarian and Pancreatic Cancer If You’re A First Degree Relative of Someone With Pancreatic Cancer, Screening and Surveillance Could Save Your Life; Here’s Why Do Blood Tests to Find Cancer Early Work? Pancreatic Cancer Treatment Just Became a Lot More Accessible; New Platform Is Designed to Test Multiple Therapies at the Same Time The Incredible Advancements in Pancreatic Cancer Treatment
NOW
PLAYING
Steely Eyed TV Host Dan Abrams, 56, Is Now A Dad & Two Decades Past Testicular Cancer – The Hope For Men Facing The Same Disease
NOW
PLAYING
Denied Potentially Life Saving Treatment, A 71-Year-Old Man Fought His Way Into A Clinical Trial Despite His Age. Now, He's Back To Biking Around 3,000 Miles A Year
NOW
PLAYING
'Hot, Sweaty And Itchy' Feeling Turns Out To Be Cancer For 42-Year-Old Man-- When To Seek Help
NOW
PLAYING
How is CML Diagnosed Without Obvious Symptoms?
NOW
PLAYING
'World's Sharpest Elbowed' Comedian Vows To Do 'Fabulous' Last Tour As Ovarian Cancer Comes Back
NOW
PLAYING
'He Really Was A Hero:' Actor Patrick Swayze's Loving Widow On Grief And Carrying On The Fight For Pancreatic Cancer Progress