‘Monty Python’ Star Eric Idle, 79, Gets Back To The Jokes After Recently Announcing He Beat Pancreatic Cancer 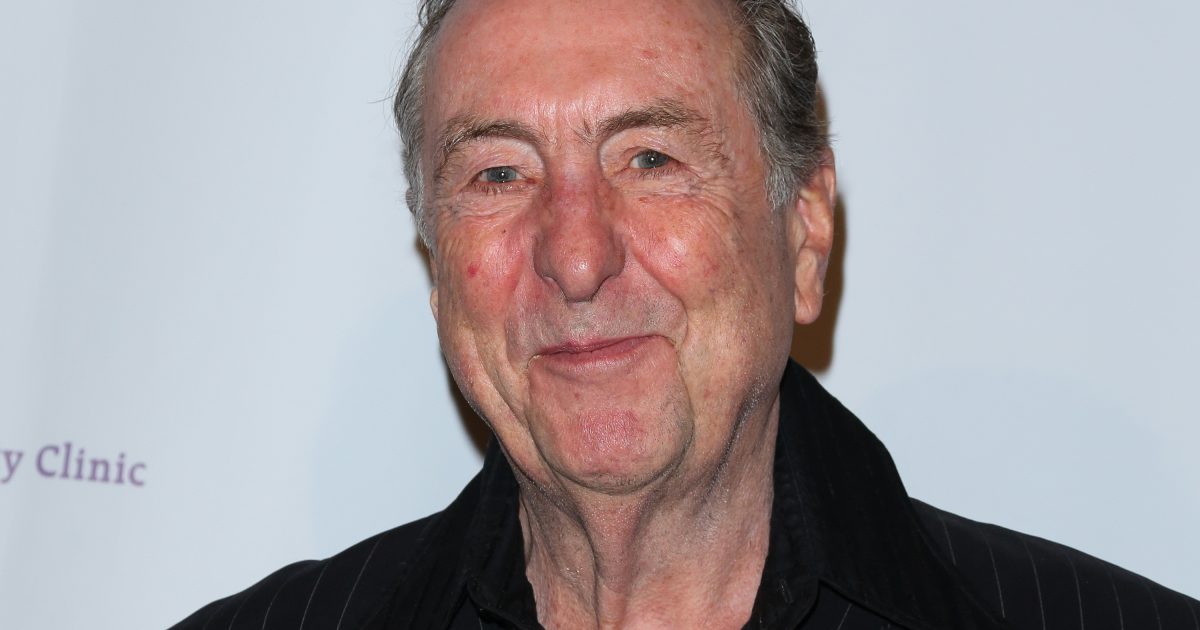 Eric Idle, 79, is beloved for his humor. And now the actor and comedian is back to his jokes after recently sharing that he had beaten pancreatic cancer.

In a recent tweet, Idle made light of a seemingly very serious attack in a parking lot.

Read More
“Friday morning I was tackled from behind by a car park,” the Monty Python star wrote. “Clear yellow card foul but I went headlong, with bloody knees and banging a large bump on my forehead. No concussion mercifully. “My Dr. just shook his head. They saved my life & now I fall in a car park! Oops.” (“Saved my life” presumably being a reference to how doctors recently saved him from pancreatic cancer.)

Then, in a continuation of the joke, he made another Tweet thanking fans who’ve wished him well.

“Thank you all for your kind concern about my assault by car park,” he tweeted. “Car lot for you other lot. I am fully recovered. I gave up drinking a few years back to lessen the risk of falling down. But perhaps I should have given up parking…. Anyway your messages were appreciated.”

Eric Idle recently shared details of his 2019 pancreatic cancer diagnosis in a personal essay for TIME.

“About three years ago I was incredibly lucky: I was diagnosed with pancreatic cancer,” he penned for the magazine. “Lucky? One of the most lethal forms of cancer, how on earth was that lucky? Well, because it was found incredibly early.

“No, not before lunchtime, but before it had gone anywhere.”

His diagnosis came about by chance after his doctor friend who specializes in preventive medicine started running some routine tests on Idle.

The cancer was unintentionally found while running some routine tests with his friend and doctor who specializes in preventive medicine.

“So this day we are doing an MRI,” he wrote. “[His friend] has already done blood work and notices a slightly high marker, a dubious blood score on a panel, and on a hunch asks Westside Medical Imaging, while they are examining a couple of other areas, to shoot an isotope into me to highlight and take a look at the pancreas.”

Thankfully, Idle’s pancreatic cancer was contained in his pancreas– a very fortunate situation considering that pancreatic cancer is often not diagnosed until it has spread and become difficult to treat effectively.

“He and the MRI technician gaze at the ghost of a tumor sitting in the middle of my pancreas,” he wrote. “It is intact. It is unattached. But it is undeniably, most probably, the C thing.

“However, this little puppy is still fairly new. It hasn’t burst or spread.”

Idle had surgery for treatment. Since then, he’s “been testing every six months and doing well.”

“The cancer is gone,” he wrote. “They could find no further trace in my body. I had been a dead man walking. I am going to live.”

Thriving as a Cancer Survivor

A cancer diagnosis will change your life. But as we’ve seen in the case of Eric Idle, it is more than possible to thrive on the other side of your cancer journey.

RELATED: ‘Up in the Clouds’: Model and Ovarian Cancer Survivor Ash Foo, 24, Is Seeing Her Dreams Come True as a Billboard of Her Now Stands in NYC

Other survivors, like Fernanda Savino, have said that cancer gave them a whole new perspective on life – one that has allowed her to appreciate both her body and her relationships more than ever.

‘Cancer Brought Me So Many Lessons’ Says Survivor Fernanda Savino; It Can Change Your Perspective On Life

“I’m a lawyer, and I used to be such a workaholic,” Fernanda previously told SurvivorNet. “I would work for long hours, and I would never make room for doctor appointments or anything like that.

“I started to take care of my health and be more respectful to my body, to me. I started to exercise more.”

Like so many others, Fernanda also said she relied on a lot of support from her loved ones – something she’ll always be grateful for.

“I had all the support … my family, my friends, even the ones that weren’t so close, they always were present,” she said. “I don’t know how I would have gotten through all of this without them.”