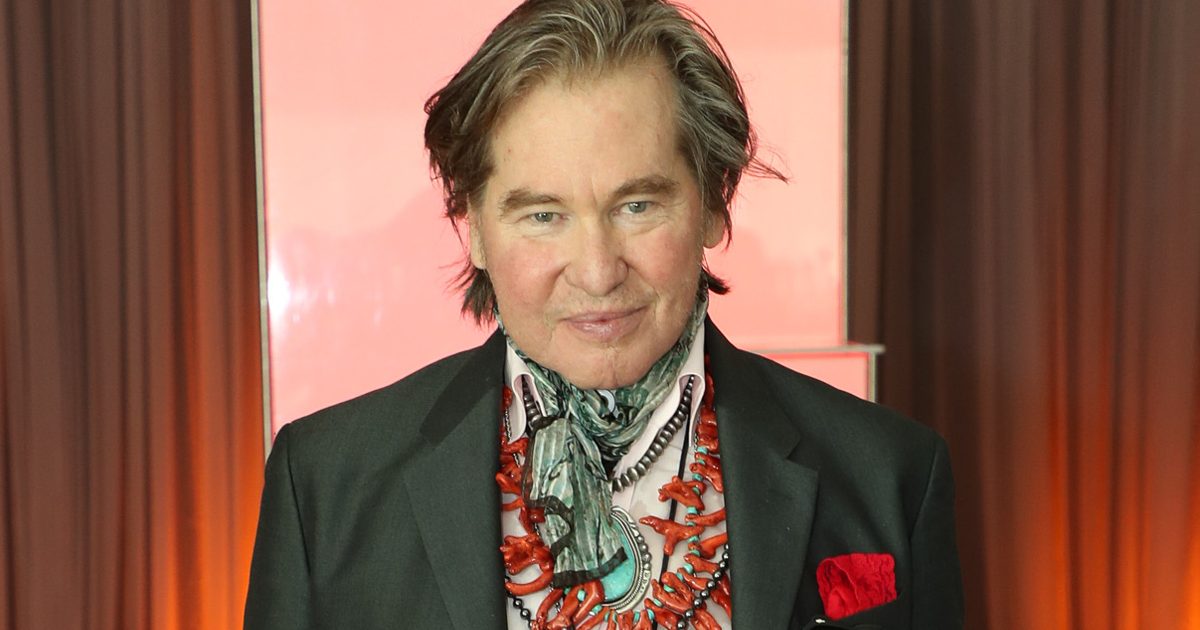 How Cancer Survivors Use Art As Therapy

Art can be an incredibly important outlet for cancer survivors. Top Gun: Maverick star Val Kilmer, 62, has been staying positive and immersing himself in his diverse collection of artwork since battling throat cancer. And right now, we’re admiring the personally created scrapbooks he’s selling on his official website.

The actor, also known for his roles in Batman Forever, The Prince of Egypt, and Déjà Vu, is now selling his colorful LA Action Scrapbook for $5,000, a “one-of-a-kind journal” that can be pre-ordered online and is described as something that may be recognized as his “most private and intimate work to date.”

Read More
“He has crafted 10 unique, one-of-a-kind, books revealing a personal account on life in Los Angeles – each bursting with never-before-seen original art, photos, unreleased poems, and expressive autobiography,” the product description reads. “Collaging ideas to establish something new and unexpected, Val’s work uses this medium to its advantage, creating surreal, thought-provoking scenes. Bending social commentary that seems to exist in multiple dimensions.” Each 12-inch by 17-inch” scrapbook includes original collages, hand-selected images, fine-art abstract paintings, handwritten poems, excerpts from Citizen Twain, personal items, and an invitation-only membership card. “Inverting conventions is an art Val has cultivated throughout his acting career, transforming and re-inventing himself for some of Hollywood’s most beloved roles. And it is with that same passion and energy these special books have been produced,” the product description adds.

“Val invites you to get a glimpse into a dreamlike world of familiar imagery and objects juxtaposed to illustrate a point. Much like Val’s keenly nuanced performances, the message may not be blatant, but can often be found within the context.”

Last month, Kilmer took to Instagram to share with his friends a page from one of his scrapbooks. He wrote, “I was looking through my favorite L.A. Action Scrapbooks, which I loved making over the years (and were featured in the VAL documentary too), and I thought some of these pages would make mighty fine images to share!”

“So here we are.. the first selection is called “Women are going to be the new Elvises”. I’ve only printed  5 of them (Giclee cold-press prints on amazing paper),” Kilmer, who starred in My Heart Is Soaring Like A Hawk, continued. “It’s been so deeply rewarding to see your response to the artwork I’ve been producing for the last few years. It really matters to me. I’ve said words of appreciation before, but it bears saying again – It makes my heart soar like a hawk.”

Earlier this year, Kilmer shared a bit about the healing power of art. He even created a Twitter account under the name ‘Kamp Kilmer’ for the sole purpose of his art and collaboration with artists, musicians, and friends.

“When one thing is taken, though, another is given. With little voice, my creative juices were boiling over and pouring out of me. I started creating again, painting, writing anything I could. I felt the art healing me,” said Kilmer, on Twitter.

Kilmer rose to fame in the original Top Gun (1986) as Lieutenant Tom “Iceman” Kazansky, a pilot pinned as the rival to Tom Cruise’s character Maverick in the original film. Kilmer reprises his role in the 2022 film as a commander.

The hit movie grossed more than $1.4 billion worldwide this summer— reportedly making more than $705.65 million at the domestic box office.

Despite the ongoing success of Kilmer, who has been dealing with lingering health issues following his cancer treatment, the actor will not reprise his role in the newly released Madmartigan in the Disney+ sequel series Willow, Showrunner Jonathan Kasdan told Entertainment Weekly a few weeks back.

Kilmer was diagnosed with throat cancer in 2015 but didn’t speak publicly about the disease until 2017. He wasn’t considering conventional treatment at first, thinking his Christian Science faith would heal the tumors, but he eventually agreed to undergo chemotherapy for the sake of his children – Mercedes, 30, and Jack, 27, whom he had with his ex-wife, English actress Joanne Whalley, 61.