TJ Ducklo, 32, Press Secretary of the Biden campaign, never smoked a day in his life. Now he's battling stage 4 lung cancer. It's an important reminder that you don't have to smoke to get this disease, and being aware of risk factors and possible symptoms can be critical. 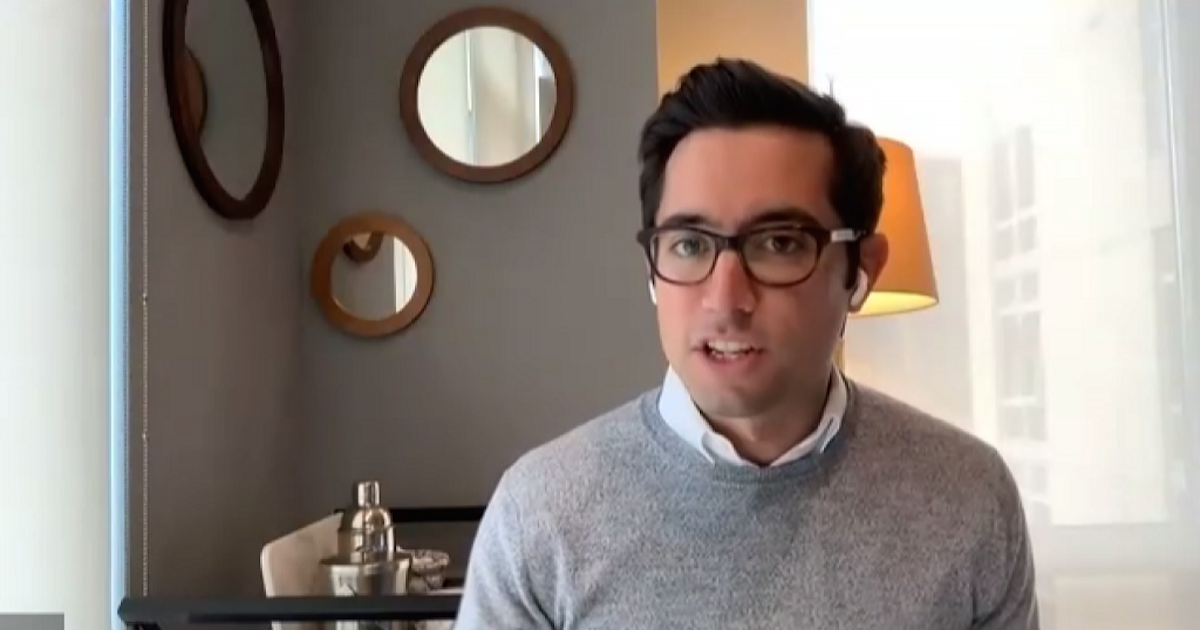 TJ Ducklo, 32, who’s currently battling stage 4 lung cancer, never smoked a day in his life. Lung cancer isn’t just a smoker’s disease. If you have lungs, you can be diagnosed. So whether you’ve picked up a cigarette or not, it’s important to know potential risk factors associated with the disease and how to recognize telling symptoms.

Ducklo has been serving as the Biden campaign’s Press Secretary while simultaneously battling lung cancer. He was diagnosed in December 2019, and by the time doctors had detected the cancer it had already spread to his liver, gallbladder, and bones. Ducklo says he’s never smoked a day in his life, proving that lung cancer can affect anyone.

Read More
Related: Lung Cancer Risk, Treatment, Survival — Your Sex Matters! It’s common for people to assume that if you’ve never smoked, you’re not at risk. That’s obviously not the case. There are other factors that could put you in danger of a lung cancer diagnosis, and also certain signs and symptoms that are important to look out for.

Lung cancer can be a tricky cancer to catch. We may not see the symptoms until the disease has already spread. That’s why it’s so important to recognize changes in your body, and visit a physician if something feels off. Ducklo’s health took a backseat while on the campaign trail, and he developed a cough that wouldn’t go away. More symptoms started to appear, but he didn’t visit the doctor until he tasted blood in his throat.

Symptoms of lung cancer typically include:

Even though Ducklo’s initial x-ray didn’t show any signs of cancer, a few days later he discovered a small bump on his thigh. Ducklo’s mother had been diagnosed with a cancerous lipoma (fatty tumor) in 2018 so there was cause for concern. Once discovering the bump, Ducklo flew to his parent’s home in Nashville, had an MRI, and found the lipoma was harmless. However, the MRI showed another problem, spots on Ducklo’s pelvis. After going through additional tests, he was diagnosed with stage 4 lung cancer.

Related: Comprehensive Biomarker Testing for Lung Cancer: Who Needs It & What’s It For?

“Lung cancer kills more patients than prostate, colon, breast, and pancreas combined,” Dr. Joseph Friedberg, the head of the Division of Thoracic Surgery at the University of Maryland School of Medicine, tells SurvivorNet. ” And the reason is, it’s completely asymptomatic. It causes no issues until it has spread somewhere. So if it spreads to the bones, it may cause pain. If it spreads to the brain, it may cause something not subtle, like a seizure.”

It’s commonly known that smoking is the leading cause of lung cancer diagnoses, but it’s important to remember that exposure to secondhand smoke and other harmful chemicals can also put you at higher risk. These factors include:

Additionally, there’s been studies which may indicate that young women are more genetically at risk of lung cancer than men. The disease is usually found in adults older than 65-years-old, but cases of lung cancer among women between the ages of 30 to 49 are rising. What’s even more surprising is that a majority of women diagnosed with lung cancer have never smoked, which makes researchers question whether women have different genetic risk factors as opposed to men.

There’s also a racial disparity linked to the disease. Black communities are at significantly higher risk of being diagnosed, and at a younger age. The rising number of cases have made experts reconsider lung cancer screening guidelines, which currently starts at the age of 55. However, new draft guidelines introduced by the U.S. Preventive Services Task Force (USPSTF) calls for the age to be lowered to 50. This could make screening much more accessible to younger generations and communities disproportionally affected, and possibly catching the cancer earlier.

Dr. Joseph Friedberg explains how exposure to asbestos is linked to cancer

Treatment for non-smokers can be different, and a lot of it has to do with the genetics of the tumor. For Ducklo, he went through genetic testing which found that his form of lung cancer could be treated with “targeted” chemotherapy, which attacks specific genes within cancer cells. On average, experts say non-smokers typically respond better to targeted drugs, but these drugs can differ depending on if you have genetic mutations such as EGFR-positive lung cancer or the less common ALK gene mutation.

It’s well known that lifestyle such as exercising and healthy eating habits can significantly lower your cancer risk. However, that doesn’t mean you’re immune to a diagnosis. Donna Hunting has been proactive about her health her entire life, and so when she started getting sick she attributed it to pneumonia. She visited the doctor and had a chest x-ray, which revealed something was wrong her lungs. She later had a low-dose CT scan, a bone scan, an MRI and a PET scan, and was diagnosed with stage 4 non-small cell lung cancer.

Since her diagnosis, Donna has become a passionate advocate in raising awareness about the disease. Her story is not uncommon, as she’s met many people who led a similar lifestyle to hers and are battling the same disease. Lung cancer marks the second most common cancer among adults in America, and the leading cause of cancer death. Donna hopes her story inspires others, both non-smokers and smokers, to get screened and recognize symptoms.

Donna Hunting never smoked a day in her life, but still got stage 4 lung cancer

If You Smoke a Pack a Day, Lung Cancer Screening Should Start at Age 50 & Be Free, Say New Federal Recommendations

Prevention & Screening: How To Quit